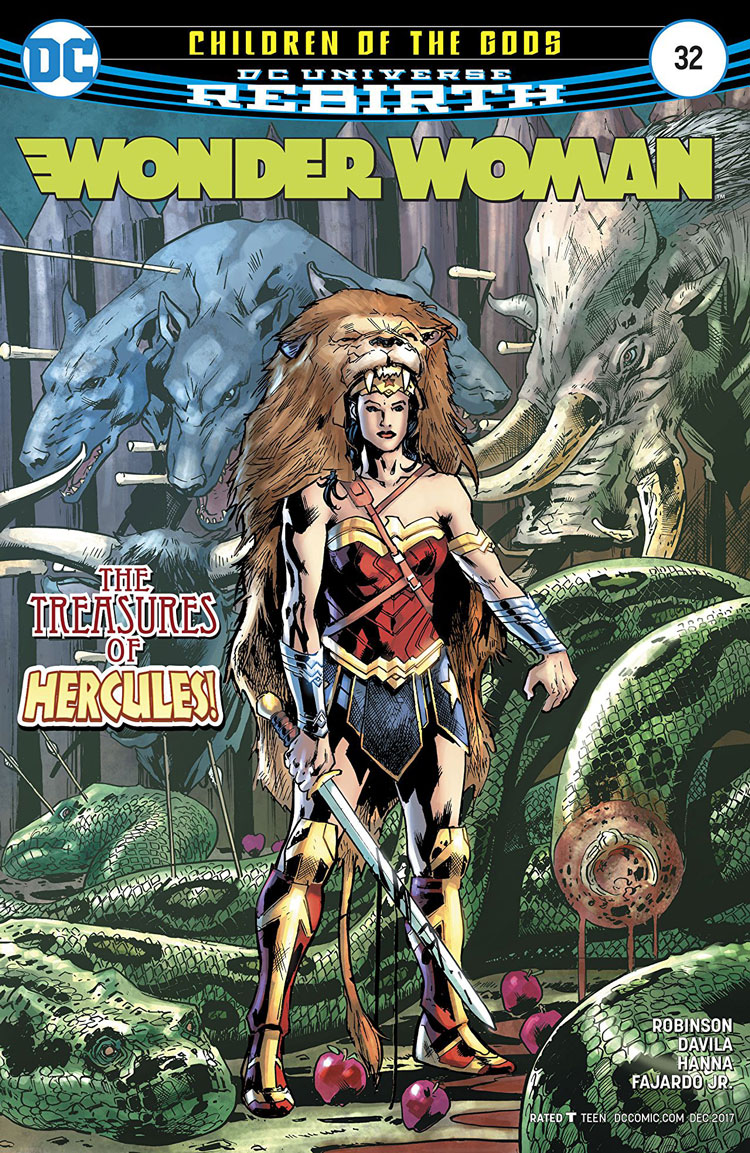 I really hadn’t planned on jumping back in so soon.

As many might know, I spend a good portion of last year and this reviewing every issue of the initial Rebirth run of Wonder Woman, crafted nimbly by Greg Rucka, Nicola Scott, Liam Sharp, Bilquis Evely, and others. It was pretty astounding to me as an exercise, but moreso as an analysis of a comic series that, without exception, opened up new avenues of thought for me to pursue every other week. How bold is it to create a series that does that consistently over the course of 12 months?

And so, I took a well-deserved break upon its completion. I wish that what compelled me to return was as exciting to my soul. But there’s some real trouble in paradise with this new run, yet still in its infancy. And all of it clearly avoidable.

For the record, I don’t have the visceral reaction to the overarching storyline that many longtime (or even newfound) Wonder Woman fans have. Nearly every story can be told the right way, and open up potential or misdirect or simply surprise. And looking back on this last run, I can see that clearly. The depth of emotion involved in Diana’s loss of her home and family — a WELL WORN trope over the last 50 years of the Amazon Princess — was simply breathtaking. A brother could certainly be an opportunity to deal with the idea of patriarchy, feminism, and the danger of “maleness” in a way we haven’t seen in a Wonder Woman comic. And in a way that doesn’t render women as second class (or even as merely equal, quite frankly, to men).

I can’t say for certain yet what Jason’s potential is — as he has appeared in a total of one full page panel and uttered a total of 12 innocuous words. But signs aren’t good based on the creative structure of this and James Robinson’s previous issue.

It’s true, issue #32 centers Diana physically in the comic bearing her name, having her appear visibly on 19 of its 20 pages (a far cry from the 6 pages she appeared on in this run’s open chapter). Sergio Davila’s pencils, while jarring considering this is the second issue of a run supposedly commanded by Carlo Pagulayan, are considerate of the Amazon, if not overly compelling. There’s no sense that Diana is particularly subject to the male gaze, as she has been so frequently with artists pre-Rebirth, stretching back decades. In fact, there’s relatively little sense anyone is bothering to look at her at all.

And that’s likely because, despite a drawn presence on the page, Diana is rarely the focus of any discussion, motivation, or movement forward. From scene to scene, Robinson has surrounded Wonder Woman with men leading her way, making decisions for her, and narrating the story on her behalf. From Steve Trevor to this strange little Blake Hooper to her half-brother Hercules, the men in this story may speak laudably about Diana, but they certainly don’t back that up with their actions. Even Trevor’s pet name “Angel,” while endearing when expressed in moments of tenderness or extreme emotion, feels diminutive when recited over and over and over.

She has a name, Steve. Diana is a person.

Robinson recently spoke to me in interview on Comicosity, and when asked about the idea of shifting focus away from Diana toward men in her series (ostensibly Jason), he stated:

I think it’s a legitimate concern … Obviously I’ve seen anger about bringing Jason or other male characters in, so I’ve made a point — even though Jason is a character in the book, as well as Steve Trevor — of making sure that doesn’t happen.

The book is Wonder Woman. That’s her name in the title. It’s her book and I’m making sure that I do her justice, for her sake and for the readers … So, I’m being very careful not to diminish her or make her feel less.

Two issues in, and I’m not seeing that care. Which is quite honestly a little surprising, having recently completed reading Robinson’s Scarlet Witch series from Marvel Comics (a 15-issue run that I’d heartily recommend to anyone looking for a woman-led series handled with care). Yes, we’ve seen Robinson at his worst in the depiction of women, but not in a series centered on their experience, and not in the very last series he completed that could easily have served as a template for Wonder Woman.

Wanda Maximoff is handled with such care over the course of the 2016-17 book. This was a character ravaged by other writers, used frequently as a metatextural scapegoat for driving plots forward that ended up leaving her, by all accounts, a place far from where she started. Every issue was firmly centered in the Scarlet Witch’s own narration, experience of her surroundings, and motivations. The bulk of her supporting cast were women, and none overtalking or stealing the scene.

Scarlet Witch under Robinson was nearly the book Wonder Woman was under Greg Rucka.

So what happened here?

How do we lose the sense of Diana’s frame of reference and self-determination so quickly? And why is Wonder Woman in particular always so subject to this kind of sidelining. Because it’s not enough to just be on the page. For all its faults (and there were many, most rectified by Rucka and company in the past year), I never lost who Diana was when portrayed by Azzarello and Chiang. There was a large cast of characters and a lot of mistakes made, but Diana’s sense of character still shone. I’m not seeing that in these pages. I’m not getting Diana.

And there’s no reason why that should be in a year where Wonder Woman hit movie screens and held her own. In a year where she’s been moved to the front of the line at last. I’ve only dropped this title once in the last 30 years, having been devoted to the Amazon Princess through thick and thin from Perez (certainly thick) onward. I’m not nearly at the level of anger I had in that moment over the treatment of Diana. But I am disappointed.

It can be better.

(Also, calling it right now, as I did when Earth 2 #1 hit and Alan Scott first appeared.

Yes, I know. Matt thinks everyone is gay. Until proven otherwise, YUP. But small request: maybe we need an artist who will actually draw some nipples on Jason. C’mon. This is not OK.)