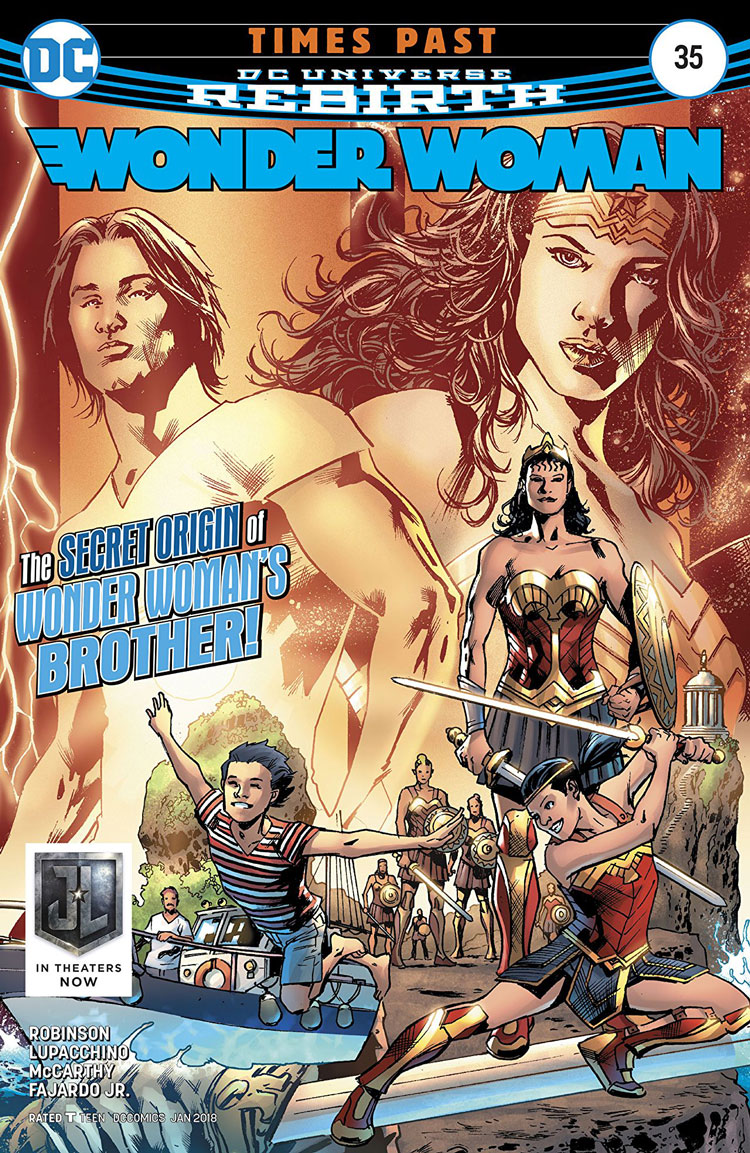 After one issue of course correction, there is yet again no Wonder Woman in this issue of Wonder Woman, unless you count her twin brother Jason viewing her on television. All we see of Diana is literally presented through the male gaze. Charming.

This story is flat-out unnecessary. We already had Jason’s backstory. It’s worth a flashback or a page or two of exposition at most; certainly not enough to warrant shoving the title character out of her own comic. Again.

A company doing this once, like with Spider-Men II #3, is enough to make me a little salty. Twice in three months? I’ve started attracting the local deer. James Robinson stated in an interview with this website that Diana would not be overshadowed in her own title. I can’t even give that statement enough of the benefit of the doubt to call it anything as gentle as “misleading.”

I’m aware that I am being ferociously unforgiving here, but silly me, I had the audacity to expect Wonder Woman to show up in the Wonder Woman title. Equally frustrating is knowing that Robinson can tell a lead character’s story so much better than this, considering how great he was on books like Starman and Scarlet Witch.

On the other hand, the art team of Lupacchino, McCarthy, Fajardo and Temofonte is excellent. The Grecian isle setting is particularly well-rendered and really evokes the coastal Greek fisherman’s life with the cliffs and lights of the city. Fajardo’s colors are lovely when applied to night scenes, with the glistening moon over the Aegean sea. I’m a bit of a romantic and a Greek mythology buff, so it spoke to my inner wanderlust.

Jason also ages well throughout the story. He looks appropriately like a child in his childhood and continues a normal growth pattern as the issue marches forward in time, although the immortals Glaucus and Hercules specifically do not. Kudos to Lupacchino for taking that much care with the characters.

Sadly, all this talent is wasted on an issue which is dragged down to the bottom of the scoreboard by the anchor of its storytelling. There is simply no excuse for what now amounts to false advertising and is perilously close to cheating a customer out of their three bucks.

This is not acceptable, DC. Dishonor on you, dishonor on your cow, I award you one point, and may God have mercy on your soul.