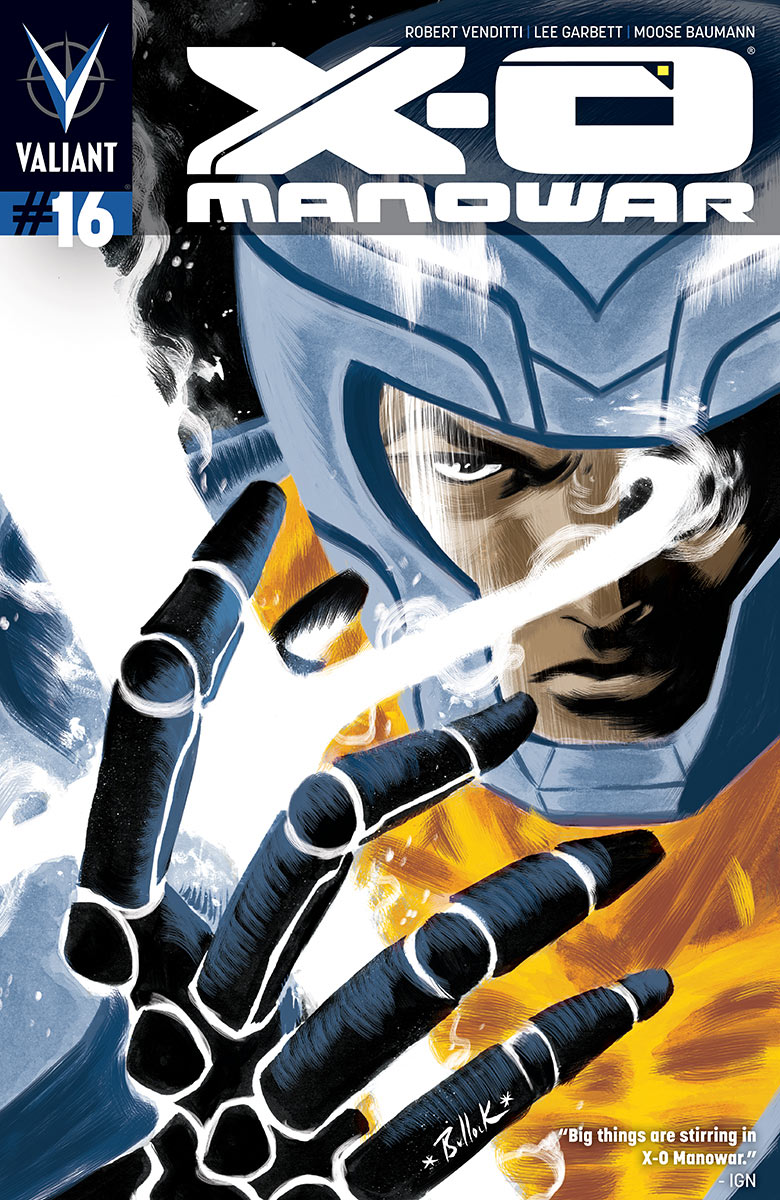 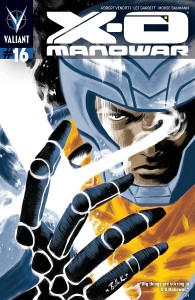 Aric was a man destined to be a king who instead became a god.

Stolen from his land, enslaved by his captors, and barred from the passage of time as his people filtered through generations, the would-be king lost not an ounce of his will to fight. And it was that passion — that bloodlust — that made him unstoppable, as he donned the sacred Shanhara armor. Now, with a conquered world behind him and what’s left of his people at his side, he’s returned to earth to reclaim the country he lost — hundreds of years too late.

Robert Venditti’s X-O Manowar has been a solid book in every aspect since its inception. What another writer might have crammed into three issues — a disservice to both the story and its readers — Venditti chose to let unfurl through fifteen instead, wringing out the entirety of Aric’s backstory without once running dry. While the art has changed hands, each penciller has absolutely killed it, fleshing out an alien world and its many races, and giving fire and suspense to dozens of battles — awash in vibrant, consistently great colors by Moose Baumann.

Back on earth in this issue, Aric is determined to rebuild the home he lost. But the land he was meant to inherit is Dacia no longer, and the way of the Visigoth has been lost to history — its last traces on display in museums. The scripting is particularly clever, as Venditti uses a visit from a man from Aric’s past to herald in another element of his back story, better establishing Aric as the brutish, impulsive character that he is. The subsequent clash between teacher and former student ends with heavy metaphor, a hint of what may come to pass if Aric continues to employ only the sword as his method of protecting his disenfranchised people.

This issue is as action-heavy as the rest of the series, but Garbett has no difficulty in delivering the punches. With plenty of panel and camera angle variation, the fight becomes a page-turner, not out of boredom at yet another slobberknocker, but out of genuine engagement. A literal “gotcha now!” moment turns over to a bone-baring panel that’s guaranteed to illicit a sympathetic grimace from readers. The fight in particular highlights how well Garbett, Guadiano, and Baunmann work together. Their visual collaboration is so seamless, it takes effort to separate them for comment. Guadiano’s inking spreads thick for shadowing and emphasis, but he frequently shaping his shadowing with thatch or thin lining to keep it from swallowing details in the art — and for a book that frequently uses lighting for dramatic effect, that’s no easy feat. Baumann gives the art a punch with his colors, particularly in bursts of sparks or the moody spread of the sky.

Saana reappears in a touching, character-building scene with Aric that allows Garbett to show his skill in drawing non-combat body language and expression. Venditti makes good use of the scene to give Saana’s past struggles a moment to air, highlighting her perspective and strength. Guadiano’s inks are particularly flattering in Saana’s hair, and in the ripples of the blanket as their conversation takes the couple away from Aric’s brooding and into something much more tender.

Baumann takes center stage again when the scene switches over to Colonel Capshaw, rich reds and cool blues building the atmosphere Vendetti needed to best reveal the return of another character previously left in the dust by the story’s progression. The colors help end the comic on a heavier note, particularly the drama of an orange-hued sunset against the blue tones of an ill-lighted office.

X-O Manowar certainly hasn’t lost its intrigue with Aric’s return to earth, and Vendetti has not once fallen out of step, keeping the story captivating in its pace. One hopes that though one war is over and a new one seems to be brewing, time will be taken to further flesh out not just Aric’s character but the book’s supporting female cast.