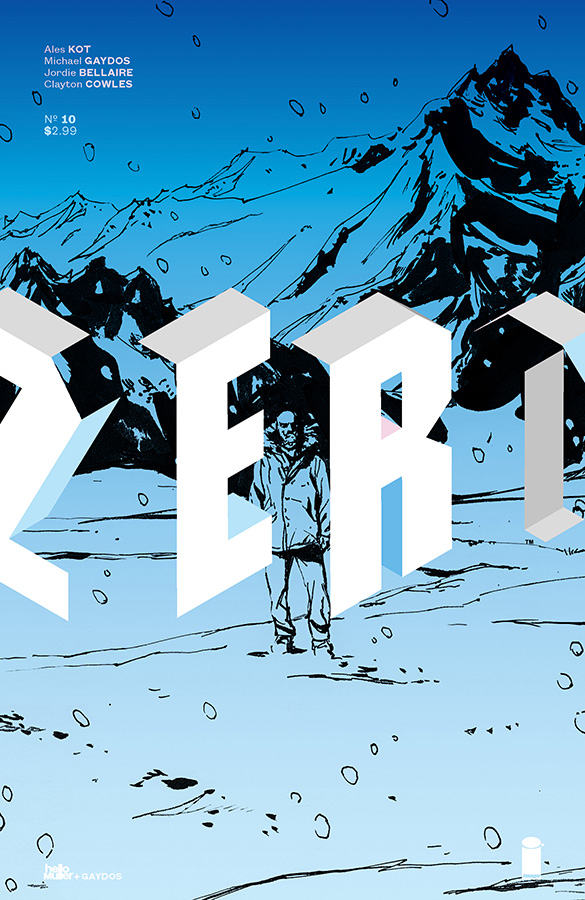 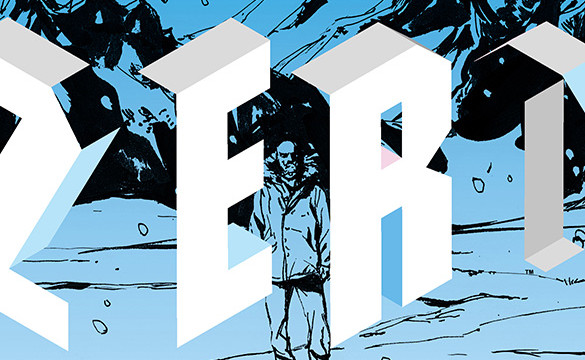 After an issue which focused solely on Roman, Zero #10 progresses the story of Edward Zero. Writer Ales Kot once again gives his artist a lot of space to produce some gorgeous work.

With the exception of two pages which take place in 2038 in the United Kingdom, Edward is in Iceland in 2022. Since quitting the agency he has tried to start a new life. He has taken a new identity. He now goes by the name Roland, living by himself and working in a kitchen. We see the routine and monotony of his day. Walk up, work out, eat, go to work. We see him engage with a co-worker who reveals to him that a woman is attracted to him, however he does not seem interested at all. Edward is doing his best to act like a normal person but he can’t help struggling with what the point of it all is. A very powerful scene that ends the issue helps drive the point home that life is all just theater. We are always playing a character.

The idea of conditioning is brought to forefront in the issue. Conditioning has been a prominent idea throughout Zero. Edward was raised to think of himself as nothing more than a tool to be used by the agency. They taught him to reject his emotions and operate as a machine. So after being conditioned to act a certain way your entire life, can you reverse that and start again? That is the question that Zero poses of its main character Edward Zero.

Ales Kot continues to write this story with restraint and confidence in his artist. A big chuck of this issue is told without any words. It’s something I’ve come to expect from the series. While I finish the issue quickly, I find myself reading it 4 or 5 times. Great comics take advantage of the medium, a medium that is visual. Ales Kot seems to be aware of this, allowing his artist to tell most of the story. It’s refreshing to read a book like this.

The art by Michael Gaydos is superb. Through facial expression he shows the anguish and confusion Edward is feeling. The location of Iceland is beautifully realized. The mountains in the distance and the bustling town squares give you a clear view of what living in Iceland must be like. I like how you can see the brush and ink on the page as well. The rich thick lines are complimented by the detailed facial work. He finds the perfect balance and overall it’s incredible work. I can’t talk about the art in Zero without mentioning the coloring by Jordie Bellaire. Once again she lays down gorgeous color that brings out the right tone to fit the story. The muted greys, blues, and browns that permeate this issue help place us into the mind of Edward, whose life at the moment is not brightest.

Zero #10 is like so many issues that came before, a fascinating chapter in the life of Edward Zero, with great art and emotional resonance.