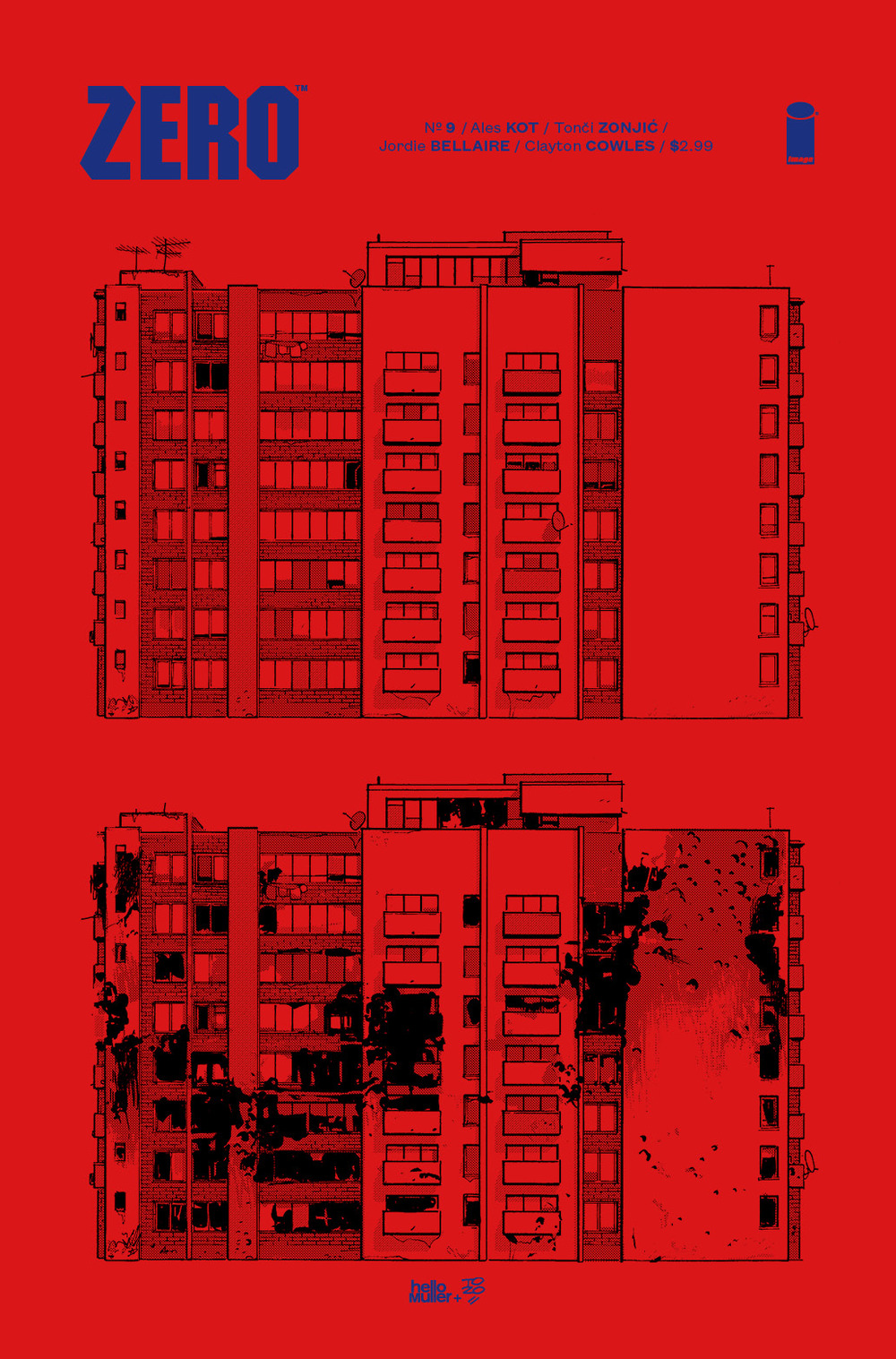 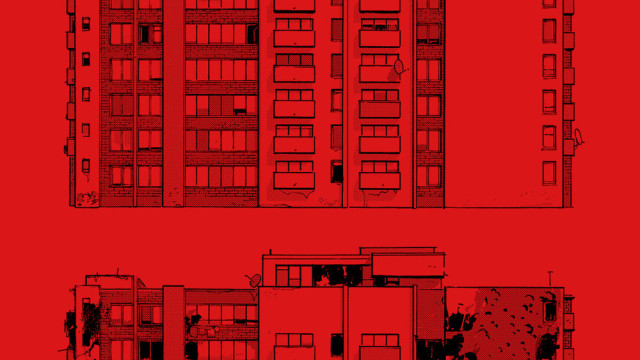 Zero continues the tradition of experimentation for Ales Kot and his very talented artists. For Zero #9, Kot is joined by artist Tonci Zonjic on an issue focused solely on Zero’s handler Roman Zizek. The result is one of the most personal issues yet.

Roman Zizek is in Bosnia in 1993. This was a time of war, extreme acts of violence, genocide, and rape. Roman is in Bosnia selling weapons to all sides of the conflict. We see him reassure the different parties that he is only selling to them. He displays a sort of arrogance as he doesn’t expect to be discovered. However, things do not go as planned. Someone finds out he has been selling weapons to another faction. The consequences just might shock you. This issue gives us a great look into the past of Roman Zizek. There has always been sadness in the eyes of Roman, and it appears we know a little more about why.

I love how Kot just drops us in a place in time and new location each issue, and it’s always extremely well researched. We really get a feel for what it felt like to be in Bosnia in 1993.  The bullet holes in the windows, the stray dogs, the eerie quite of the night, and the foreboding forest that is always present. Roman hangs out with one of the factions in the fighting but he sticks out like a sore thumb. He still feels human. The faction he hangs out with are calculated killers and psychopaths. They refer to women as “slits” and it’s clear that women are not being treated correctly in this society. The writer obviously feels strongly about the abuse towards women at that time as he ends the issue with a quote: “Estimates for the total number of women raped during the Bosnian War range from 20,000 to 50,000.”

Tonci Zonjic’s art fits this story perfectly. This is a somber, moody issue, and Zonjic brings the appropriate amount of weight. This issue is light on dialogue so the artist does a lot of the heavy lifting. His composition, body language, facial expressions, and environments are all top-notch. This is what I’ve come to expect from every issue of Zero, and Tonci does not drop the ball. Like the way he draws the simple bags under Roman’s eyes — it has a very cartoonist quality about it. It’s a little touch but it adds personality and shows Roman is a tired man.

Jordie Bellaire on colors is perfect once again. Every issue, she seems to work with a new pallet, and I’m always excited to see what she comes up with. Tom Muller, who works on the design and covers of Zero, deserves some credit as well for creating the vibe of this book. This issue features my favorite design and cover yet. The front and back cover depict an apartment building in four stages. In each stage the building is more bombed out. This can be read as the destruction caused by the weapons Roman is selling, or as a metaphor for Roman. The building represents Roman slowly being destroyed until he’s nothing more than a bombed out structure.

Each month I find myself loving this series more and more. Zero #9 is a sobering look into the past of Roman, a character who is increasingly fascinating. Zero is an assured yet experimental comic. The level of craft on display each issue is second to none.