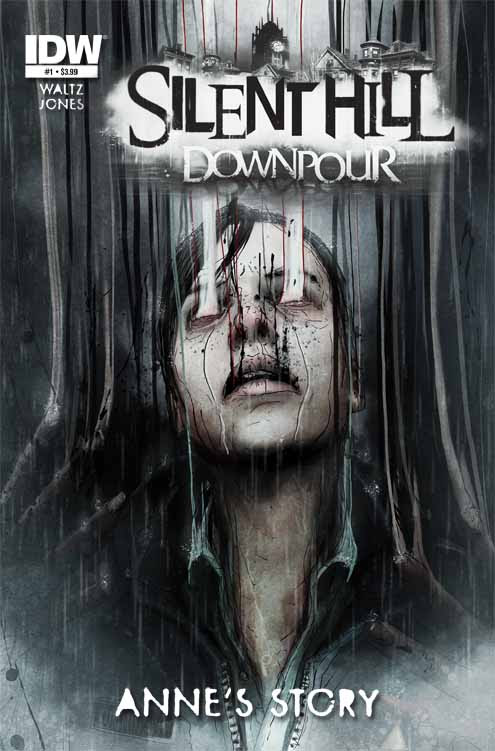 Introduced in Silent Hill Downpour, officer Anne Cunningham set out on a bloody quest for revenge. The mystery surrounding her journey to Silent Hill, and the terrors she faced upon her arrival will finally be revealed, giving readers an entirely new perspective on the acclaimed video game.

Having written both previous Silent Hill series at IDW, Sinner’s Reward and Past Life, as well as co-written the video game, Silent Hill Downpour, Tom Waltz returns to the foggy town that bleeds horror.

“This will be my fourth foray as a writer into the dark side streets and alleyways of everyone’s favorite haunted vacation town and I couldn’t be more excited,” said Waltz. “More so because we finally get to share Anne Marie Cunningham’s canonical backstory, a mystery only hinted at until now. In our new story we can finally present all her grim and dirty secrets to Silent Hill fans, old and new alike.”

Debuting this August, Silent Hill Downpour: Anne’s Story opens up a whole new experience for fans and players, and stands tall as an horrifying tale all it’s own! Catch up on the previous Silent Hill series’ anytime on read.idwpublishing.com.