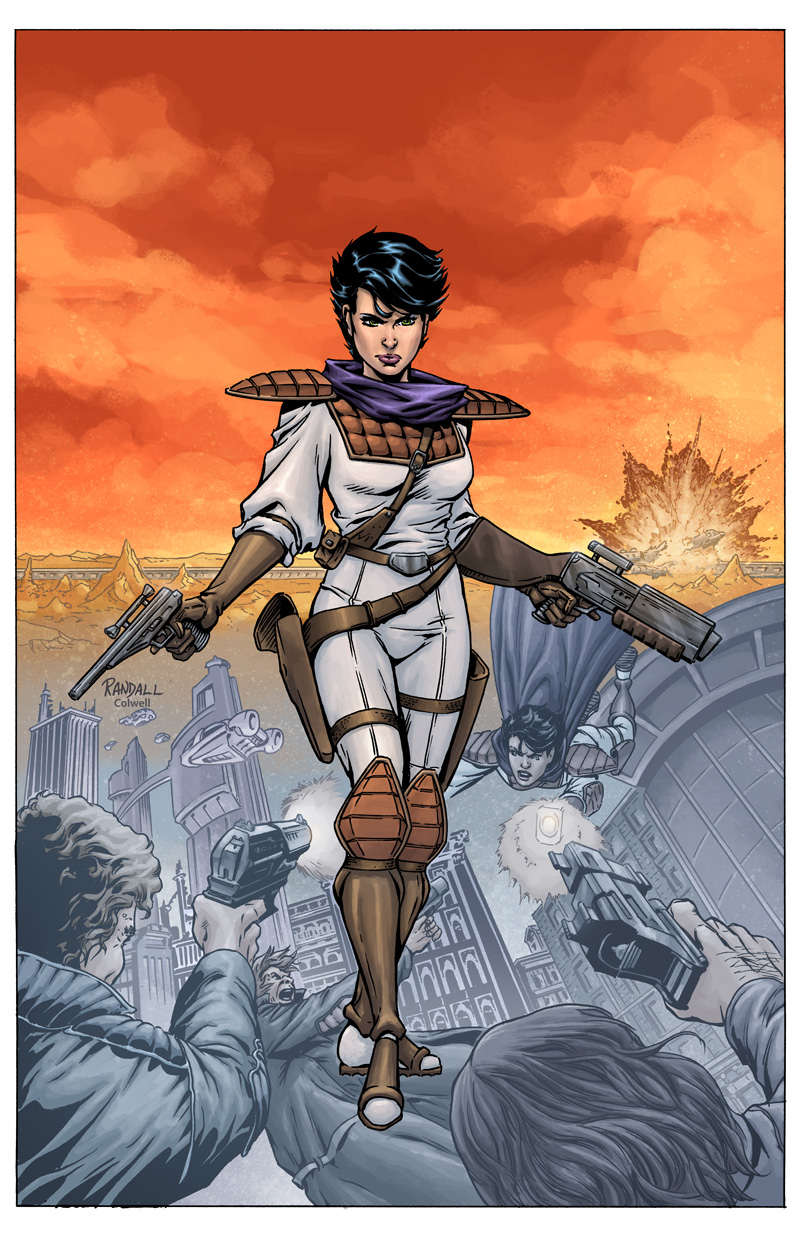 Dark Horse Comics has announced that Ron Randall’s Trekker will be coming to the pages of Dark Horse Presents. 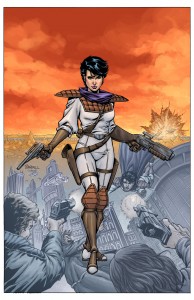 “Trekker began her life in the very early pages of Dark Horse Presents, so it’s terrific to have her return to print happen here as well. I honestly couldn’t be happier, or feel that I’ve got a better publishing home for the continuing adventures of Mercy St. Clair,” explained Ron Randall. “The Train to Avalon Bay marks the fresh beginning of a sustained and substantial return of this character. And I know Dark Horse, with its flair for both high-voltage science-fiction comics and creator-owned comics, is a perfect fit for these tales. I’ve been away from Trekker for far too long, and I’m back for the long run now.”

Trekker is a retrofuturistic story of a talented, troubled bounty hunter, Mercy St. Clair. Ron Randall balances the strip’s focus among doses of smartly paced action, intriguing explorations of Mercy’s world, and the arc of her development as a thinking, feeling character immersed in a world of extreme violence, intrigue, and action.

“I have worked carefully to let readers hit the ground running with Mercy right from the first new page, whether they’ve ever encountered Mercy before this or not. If I’m doing my job right, they’ll easily get pulled into an adventure that has both heart and guts and delivers a great payoff!” Randall noted.

“While Mercy is on her emotional journey, she has plenty of adventures to take us on, adventures filled with strange technologies and creatures, far-flung politics, and lots and lots of action.”—io9.com