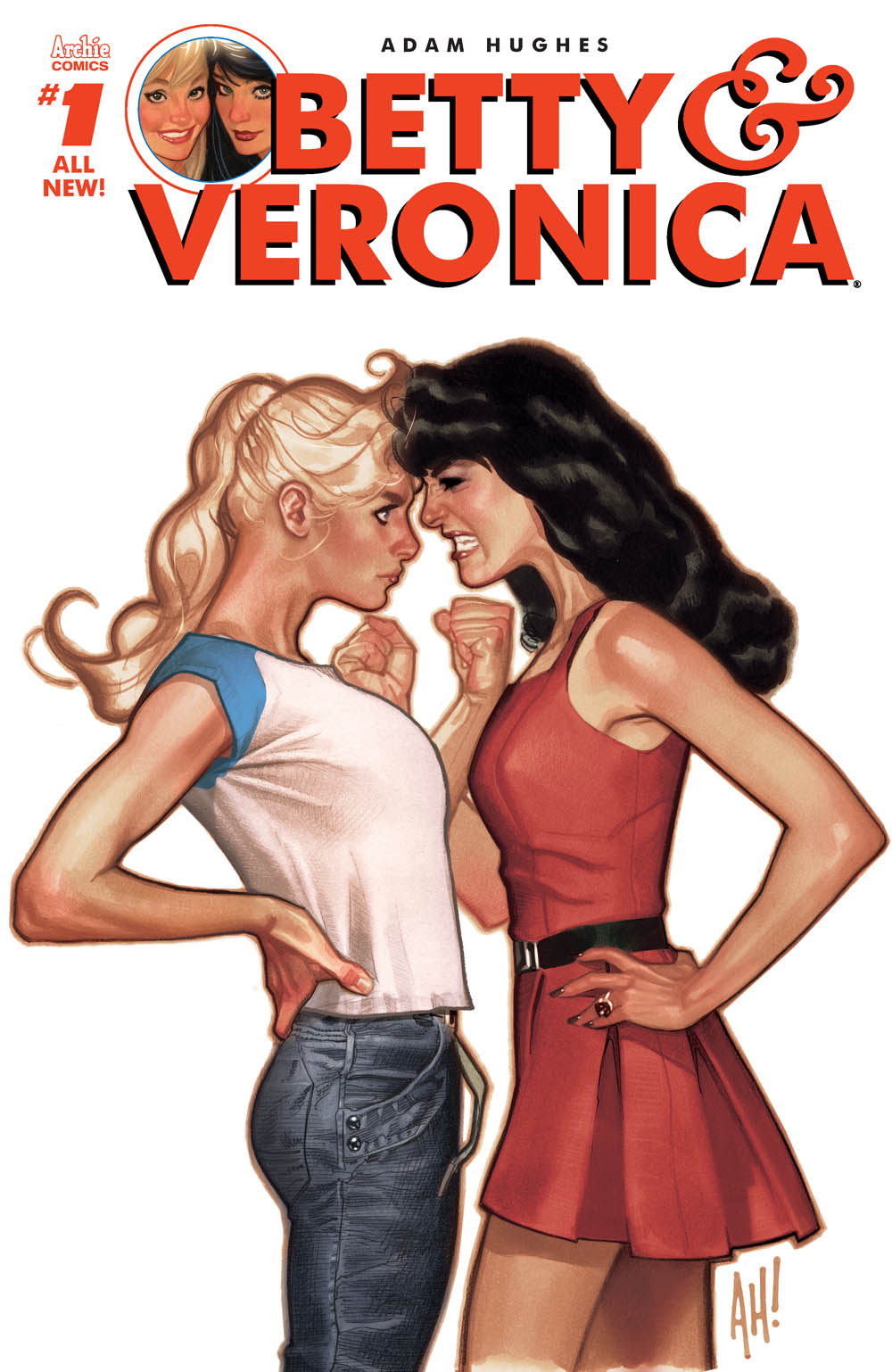 Archie Comics, the acclaimed and bestselling comic book publisher that is home to some of the best-known pop culture creations in the world, including Archie, Jughead, Betty & Veronica, Josie & The Pussycats, Sabrina the Teenage Witch, and the hit AFTERLIFE WITH ARCHIE series, today unveiled plans for this year’s Comic-Con International: San Diego – timed to the launch of an all-new BETTY & VERONICA #1 from comic book legend Adam Hughes.

“We treat every New Riverdale launch like a special, monumental event – as these amazing characters deserve,” said Jon Goldwater, Archie Comics Publisher/CEO. “Adam Hughes is the perfect person to welcome a new BETTY & VERONICA #1 into the world with a story that’s beautifully illustrated, witty and about the most important friendship in comics. What better place to pull back the curtain on this book than Comic-Con? It’s going to be an epic show for Archie. As always, we come in strong and ready to engage with our fans and community.”

This year’s Comic-Con will also feature the first public screenings of the pilot episode of the new Archie Comics-based drama ‘Riverdale’, from Warner Brothers Productions, set to debut on The CW in early 2017. A special ‘Riverdale’ panel will take place on Saturday featuring appearances by cast members including key cast members and crew. Fans will be able to get their first look at the subversive and modern take on the Archie Comics characters.

The relaunch of BETTY & VERONICA sets the stage for an amazing week of panels, giveaways, exclusives, and announcements at the biggest pop culture event in the world, Comic-Con International: San Diego 2016 – including a convention-exclusive cover to BETTY & VERONICA #1 by Adam Hughes and a special throwback cover for the fan-favorite SONIC: MEGA DRIVE one-shot.

Join moderator Alex Segura (crime novelist and Archie writer) for an in-depth and memorable discussion with acclaimed comic book writer, playwright, and screenwriter Roberto Aguirre-Sacasa, spotlighting his time at Archie Comics – including the creation of the hit Afterlife with Archie and Chilling Adventures of Sabrina comics – and writing other beloved comic book properties like the Fantastic Four, his prolific television (Glee, Supergirl), theatrical (American Psycho, Spider-Man on Broadway) and movie (Carrie and Town that Dreaded Sundown remake) work — including the upcoming RIVERDALE TV series from the CW in a frank, engaging and free-wheeling format that will keep fans buzzing.

Celebrate the 75th anniversary of Archie Comics in this must-see panel with exclusive news and announcements about your favorite characters including ARCHIE, JUGHEAD, BETTY & VERONICA and more! Featuring your favorite Archie Comics talent and perhaps a special ‘Riverdale’ surprise appearance or two.

Don’t miss the first ever panel for ‘Riverdale,’ the next hit television show coming to The CW in early 2017! Join the cast and crew of the Archie Comics-based drama for a special screening of the pilot episode!

*ALL TIMES/SIGNINGS ARE SUBJECT TO CHANGE* 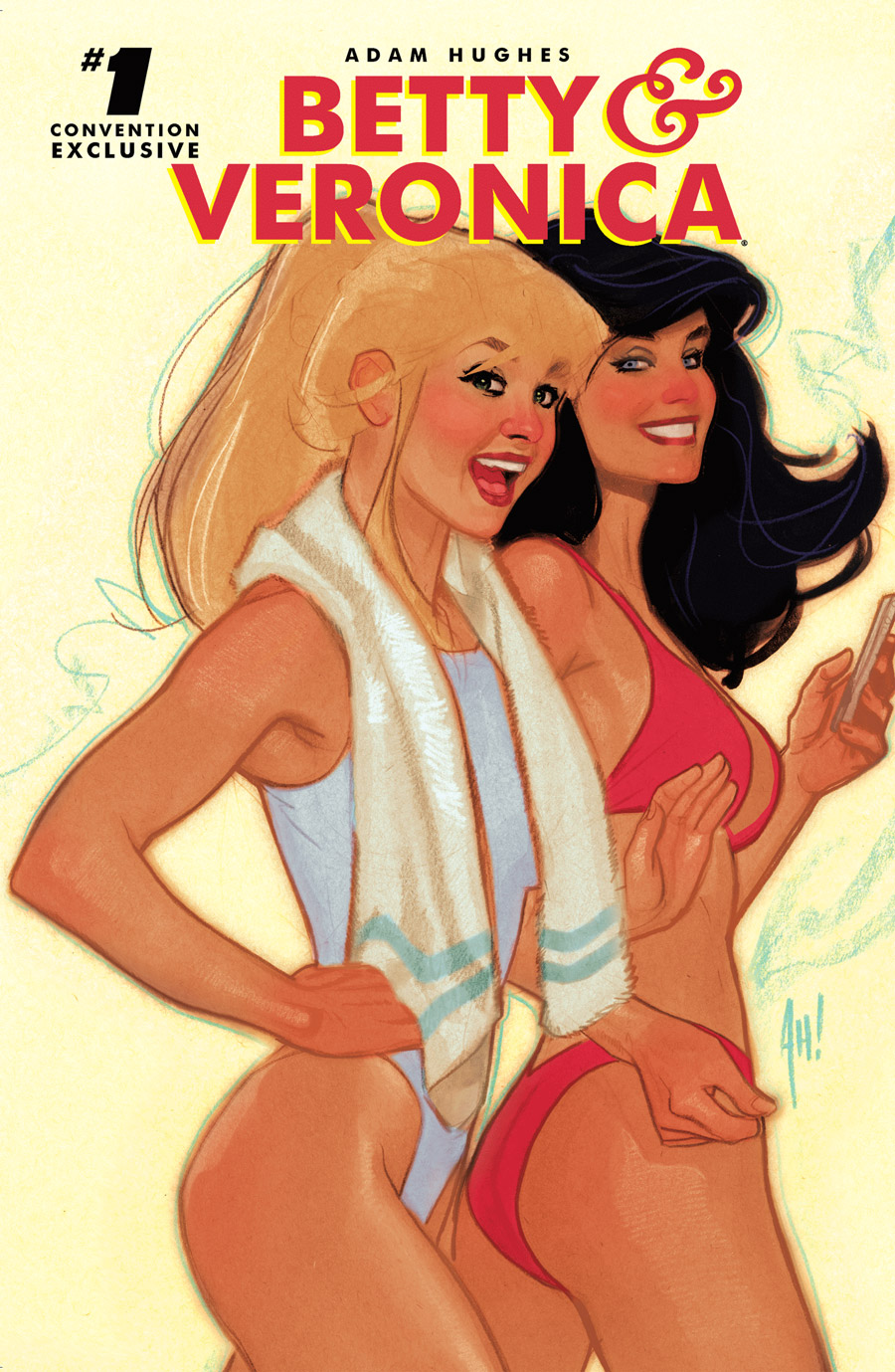 IT’S BETTY VS. VERONICA! The most highly-anticipated debut in comics history is here with an exclusive convention cover by comics legend Adam Hughes! Betty and Veronica are America’s sweethearts… until they turn on each other! “Pops’ Chocklit Shoppe is being taken over by a huge coffee company. When Betty and Veronica go head-to-head over the issue, all bets are off! Friendships will shatter. Cities will burn. Nails will be broken. Betty and Veronica are back in this ALL-NEW #1! 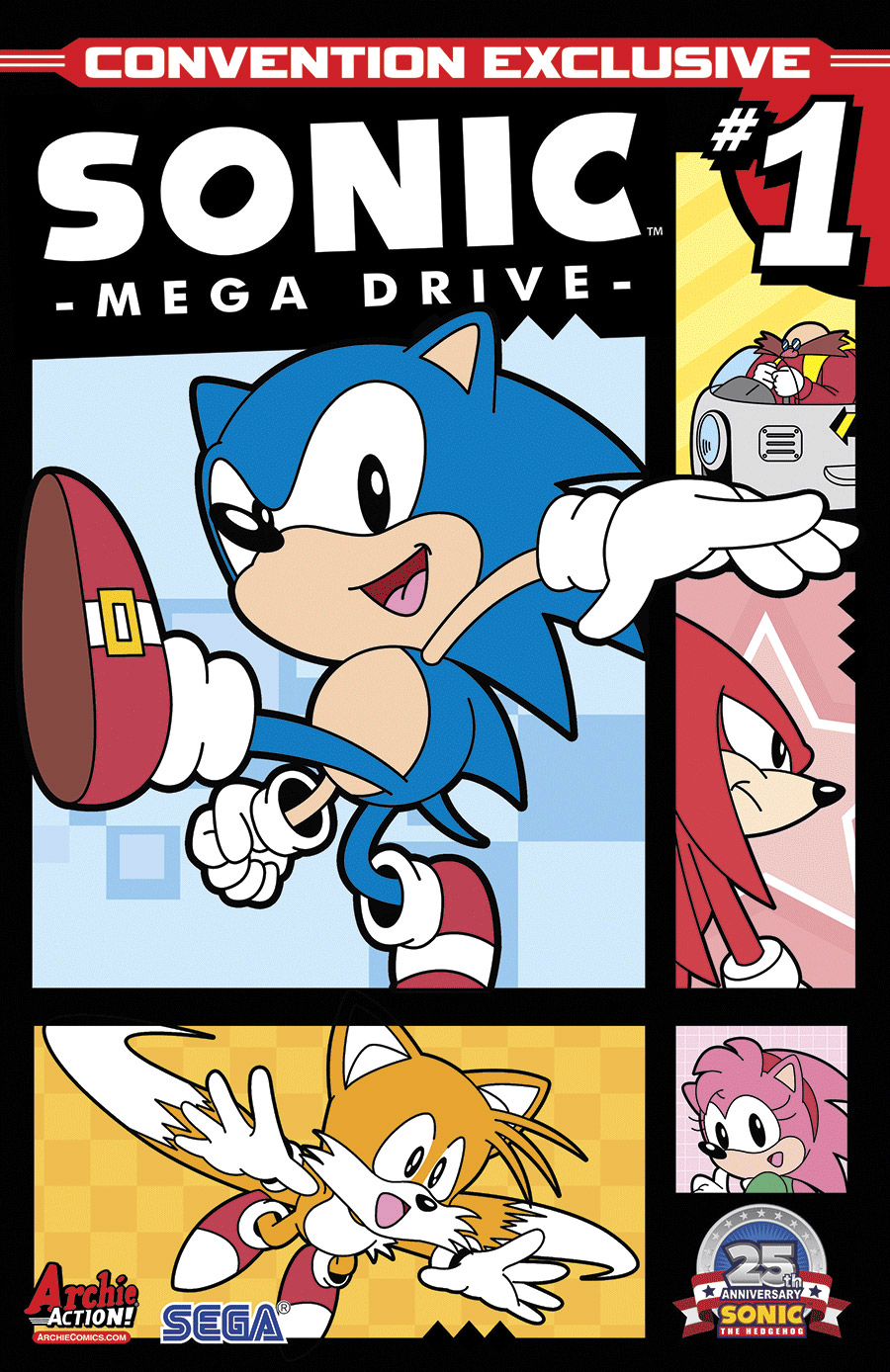 Sonic spins into a brand new, Classic-styled, SUPER SPECIAL one-shot “Mega Drive”! Join Sonic, Tails, Knuckles and Amy Rose on a brand new adventure—set after the fall of the Death Egg! The nefarious Dr. Eggman is trying to build a new engine of destruction: the MEGADRIVE, and it’s up to Sonic and his whole crew to stop the mad doctor and save the day! Join Sonic and his friends in this special commemorative issue celebrating the 25th Anniversary of the Blue Blur by Ian Flynn, Tyson Hesse and Matt Herms featuring an exclusive convention cover by SEGA!