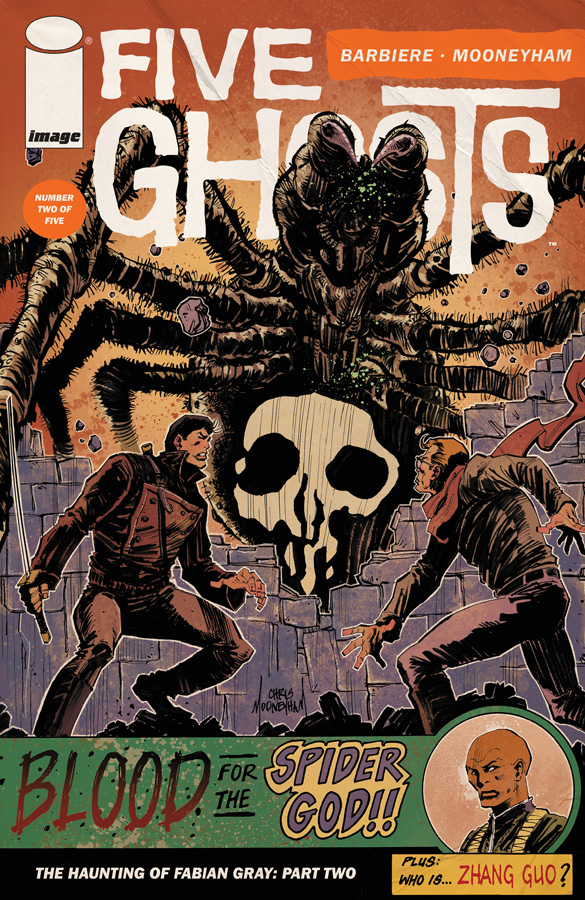 Image Comics has announced a first print sellout for Five Ghosts: The Haunting of Fabian Gray #2. The second printing hits stores May 15, 2013. 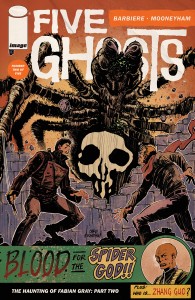 The second issue of the pulp-inspired Image Comics series FIVE GHOSTS: THE HAUNTING OF FABIAN GRAY by Frank Barbiere and Chris Mooneyham has sold out the same week as its release and has immediately gone back to press. The second printing (Diamond code MAR13813) will be in stores on May 15, a week before FIVE GHOSTS #3.

The first issue of FIVE GHOSTS also sold out. Its second printing was in stores alongside #2 on April 17. The praise received for the first issue has continued along with the supernatural story of a man possessed by five spirits, each a literary archetype, that imbue him with their skills:

“Five Ghosts is probably the most fun comic you will read this year. Barbiere has crafted a story that thrives on the page, and is nothing but a pleasure to read. An insanely original concept weaved around a globe trotting adventure make for an issue that is impossible to set down. All things combined make for one of the best books out there today.”

“This is a book with a great premise that actually delivers on it and reads great all the way through.”

“…a seamless continuation of the exciting first issue, with even more emphasis on the action and the same consistently brilliant illustration.”

“With an original story created by an inspired and skilled team, there’s no question in my mind why Image chose to support this project before someone else did.”