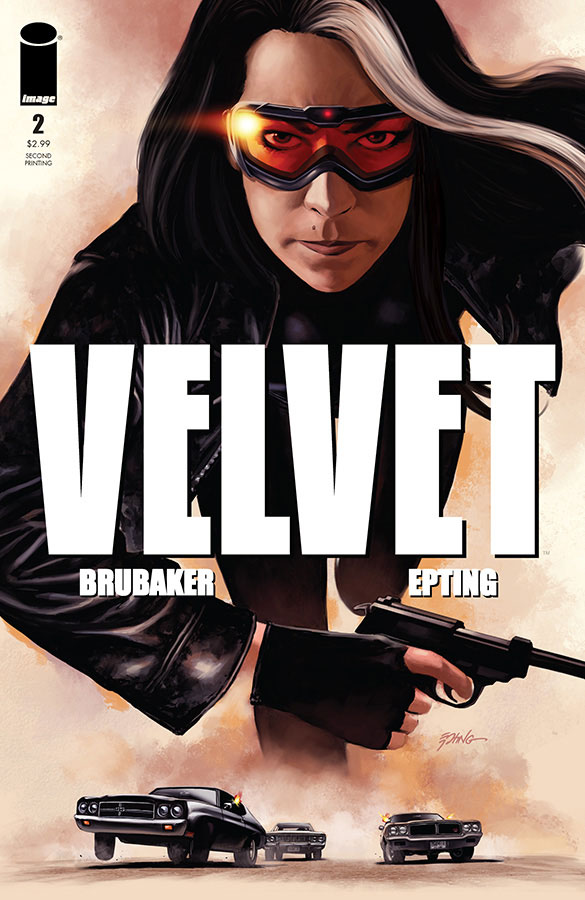 Image Comics has announced a second printing for Velvet #2. 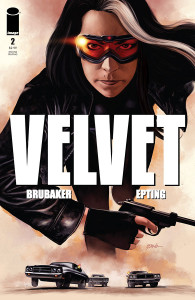 The second issue of VELVET from creators Ed Brubaker (FATALE), Steve Epting, and Elizabeth Breitweiser is setting comic racks on fire and has sold out completely at the distributor level.

Issue #2 picks up right after #1 ends, jumping straight into the action as Velvet Templeton flees her own agency and races to uncover why Agent X-14 was killed. Dead bodies, ruined lives, and angry soldiers block her path toward discovering the truth.

“Velvet should move to the top of any reading pile immediately.” –Kelly Thompson, Comic Book Resources

“Stylish, exciting, and smart, Velvet is another win for the unstoppable force of Ed Brubaker and Steve Epting.” –Iann Robinson, Crave Online

“If you’re a fan of 24 and the Jason Bourne movies, you’re definitely going to enjoy the hell out of Velvet.” –Jorge Solis, Bloody Disgusting

“What else is there to be said? Velvet is a hell of an arresting personality negotiating a deadly and complicated landscape. There’s no telling where she’s going next, but good lord does this reviewer want to find out.” –Michelle White, Multiversity Comics

VELVET #2 has completely sold out at the distributor level, but may still be available in comic stores, and is currently available digitally on the Image Comics website (imagecomics.com) and the official Image Comics iOS app, as well as on Comixology on the web (comixology.com), iOS, Android, and Google Play.

Image Comics is pleased to announce that this second issue will be going back to print to meet customer demand. The second printing of VELVET #2 (Diamond Code OCT138253) will release on 1/8.

VELVET #3 releases 1/8 and will be available for pre-order with Diamond Code OCT130631.