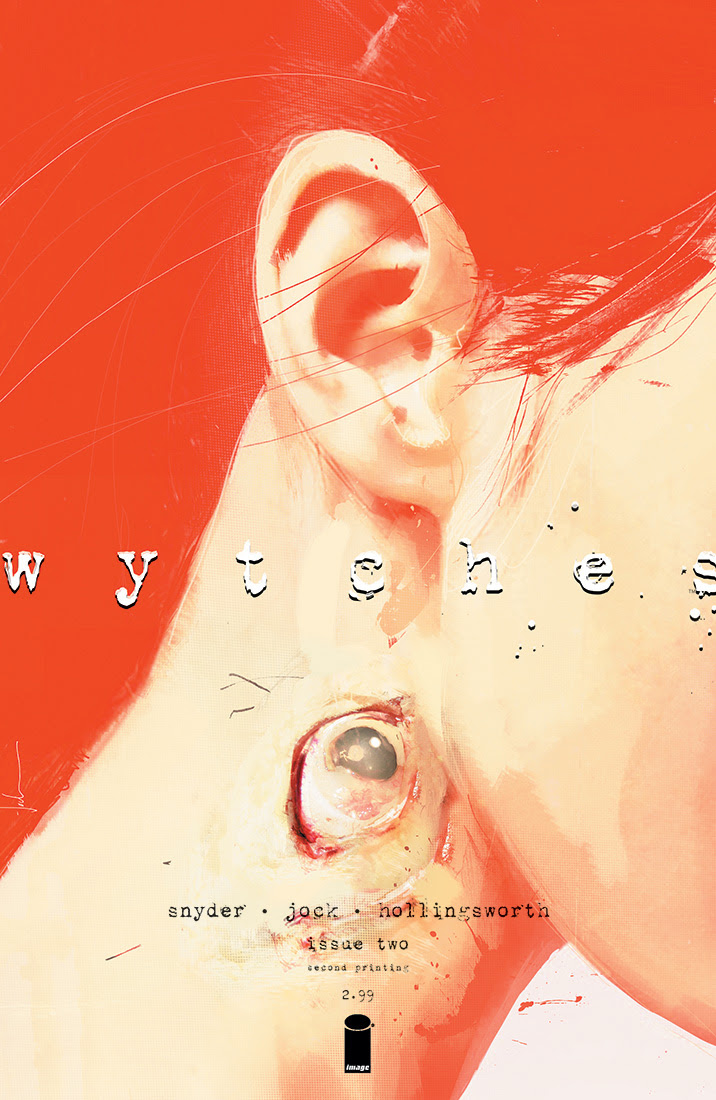 “These weren’t going to be the bulbous nose, broom-riding Halloween caricatures. These witches are a cannibalistic, skeletal race that hide in the forest, gifting their naturalistic powers to greedy folk who pledge other people in exchange. And those poor saps are doomed to be food for the creatures.” —NEW YORK DAILY NEWS

The second issue of WYTCHES by Scott Snyder and Jock, one of the most buzzed about horror series of the year, has garnered rave reviews and left readers horror-stricken and hopelessly hooked. It is slated for a second printing in order to continue to haunt readers.

“I don’t know how to thank readers enough for the support on this book,” said Snyder. “It was always going to be dark and personal and I think it’s safe to say none of us on the team expected this sort of response, sales-wise. But thank you guys so much. You’re truly changing the landscape of comics with the support you’re throwing behind creator-owned books lately. It’s incredibly exciting and inspiring to see.”

In WYTCHES #2, a strange bite grows on a girl’s neck and the wytches are getting closer, creeping out of the woods. Readers beware, this terrifying second chapter of the new smash hit WYTCHES is even more chilling than the last.

Across the globe, century after century, men and women were burned, drowned, hanged, tortured, imprisoned, persecuted, and murdered for witchcraft. None of them were witches. But witches—real witches—are out there. They are ancient, elusive, and deadly creatures that are rarely seen and even more rarely survived.

WYTCHES #2 is also currently available digitally on the Image Comics website (imagecomics.com) and the official Image Comics iOS app, as well as on Comixology on the web (comixology.com), iOS, Android, and Google Play.