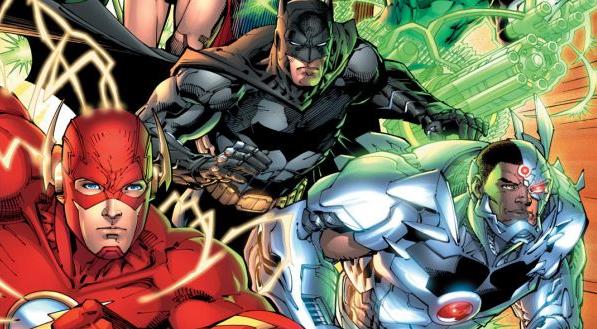 Welcome to the inaugural Shop Talk with comic shop owner Chris Humphries of Alpha Comics in Calgary, Alberta. On the first Friday of each month Chris will give Comicosity the word from the street, as he sees it from his shop. Without further ado, let’s dig right in….

Aaron Long: The publishers throw out a LOT of numbers about the top 10 books sold, who is beating who at what, etc…what’s the #1 pull each month at your shop? 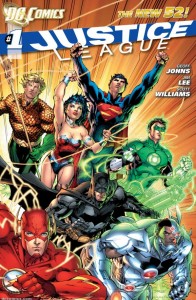 Chris Humphries: Diamond distributes release the top comics sold every month. The numbers can be a bit misleading as it is a listing of what comic shops are buying. If the shops are selling these or not could be another story. A comic shop could be boosting a title to meet retailer incentives for variants or deep discounts. One major difference between my local market and the market wide numbers is that it seems Ultimate Spider-Man does much better for me. For Alpha Comics, Justice League has been my number one pulled ed titlefor reservation files. Batman is always a close second. So close in fact, I tell my customers that they virtually share the #1 spot as top seller in my shop.

AL: The print vs. digital debate was taken to a whole new level recently with Mark Waid upping the ante and putting his print collection up for sale to fund his new digital endeavors…as a retailer, do you feel Waid is waging war against the shops? Or is he trying something new and this got a little blown out of proportion?

CH: I think Mark Waid’s recent digital efforts are simply just him embracing something new and an effort to make digital comics something different from what we’ve seen already. The big head line was that Waid sold his comic collection to fund his digital efforts. I think the headline read as a bit misleading. I’m sure he doesn’t have anything against the print medium, it’s how he has made his living all these years. Let’s say he sold his car instead, no one would question his attitude towards print. The way I see it, he needed funding and no doubt he had a great collection of comics to cash in. People sell their comic collections all the time when they need money, something you will never be able to do with digital comics.

AL: Avengers vs. X-Men has begun – the online world seems to be somewhat polarized about it – some people are event fatigued, some extremely hyped – what’s the word on the street? Are your customers really revved that this event is happening? 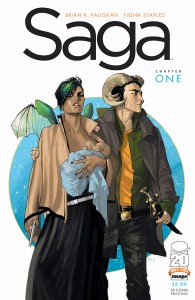 CH: The vast majority of my customers are looking at Avengers Vs X-Men as a jumping on point for Marvel, to a degree just like DC’s New 52. Because Alpha Comics is a new shop that opened when the New 52 launched, most of my customers are collecting DC comics. To them, while they like Marvel characters, they haven’t felt compelled to jump onto the Marvel books. AvX is Marvel’s chance to get these people interested and jump onto their books. No doubt, long time Marvel collectors are worn out with the constant events, but to people who are new to comics AvX will be a huge attraction.

AL: By the same token, do you think event fatigue is a real thing for most comic fans? Or is there a very select group of people that suffer from this illness?

CH: Event fatigue is a real issue but so far from what I’ve seen of my AvX #0 sales, no one here is suffering from this “illness.”

AL: You’ve been keeping your eyes out for strong creator owned work this year. What is the one creator-owned title that has surprised you the most?

CH: I’m always keeping my ear to the ground and paying attention to upcoming creator owned work. Saga was definitely a comic I thought a lot of people would like. Because of that, it was my largest creator owned order so far. The copies I ordered only lasted one week. I knew Saga would be successful but it was surprising to have sold out of copies in seven days. One upcoming creator owned comic I’m telling people to keep an eye on is Epic Kill from Raffaele Ienco. 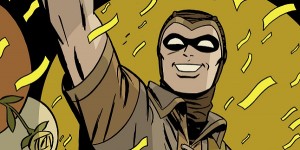 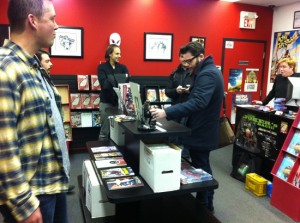 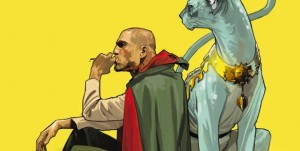