Welcome to the first Shop Talk of 2013, with Chris Humphries of Alpha Comics in Calgary, Alberta. Chris was recently the host and a participant in the We Talk Comics Super Summit and our Flash Forward: Predictions on 2013, but we’ve always got more questions for him and he’s always kind enough to answer!

Aaron Long: Amazing Spider-Man #700 dropped last month to controversy, death threats, and a massive price tag…what was the reception to it in your shop? Did the book move well, and was it well received for the most part? 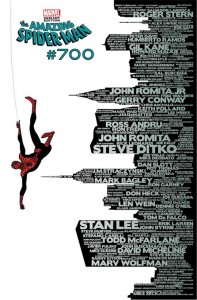 Chris Humphries: I know online there seemed to be a backlash against the events of Amazing Spider-Man #700. With a couple exceptions, that was not seen in the shop at all. Most people are interested to see where the story goes from here and are excited to see a triumphant comeback by Parker. The book itself sold really well at the shop. I doubled my order of #700 compared to the previous issue and my copies lasted a week before selling out.

AL: Charles Soule’s name has surfaced as the new Swamp Thing writer, taking over from the mighty Scott Snyder. Do you see this affecting the number of pulls from the book, or are Swamp Thing fans a fairly accepting crew to change?

CH: Some people follow writers, some people follow characters. Snyder off the book will absolutely effect sales. I’m actually getting the impression that a bunch of people are dropping both Animal Man and Swamp Thing following the Rot World story.

AL: All New X-Men has been a fairly well received book so far, but it has also been double shipping, sometimes in back-to-back weeks. Are you noticing a backlash against the book at all due to its frequency?

CH: The frequency of the Marvel Now books has been hard for everyone. It hasn’t stopped people from picking them up but it has seemed to have an effect on other books like Before Watchmen. 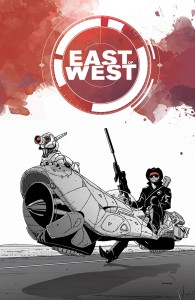 AL: East of West is coming, from Jonathan Hickman and Nick Dragotta. With Manhattan Projects building a reputation and his high profile work on Avengers, how do you figure this book will fare? Any buzz in the shop?

CH: In the shop people are just finding out about it with the new Previews out this week. I have no doubt East of West will be a big hit and will likely even cause sales of other Hickman books to go up.

AL: Crystal ball time: will Superior Spider-Man #1 be top book of the month?

CH: I think Superior Spider-Man has good odds for having the #1 sales spot for the month. My own orders of the book exceed Amazing Spider-Man #700.

AL: Extremely important bonus question: how many pre-orders do you anticipate for this statue (shown below)?

CH: Haha, zero. That is Temper Tot by Ron English, based on his painting. Crazy brilliant art but a very niche market for a statue like that. 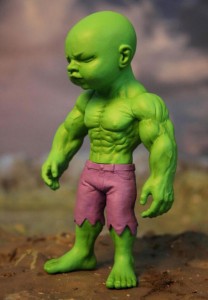 I’ve had nightmares about this statue…seriously. -AL