The first Friday of the month means Shop Talk with the mighty Chris Humphries of Alpha Comics in Calgary, Alberta. Alpha Comics has been part of some pretty big news concerning 19 other shops that utilize the #comicmarket hash tag on Twitter and was kind enough to once again talk some shop with Comicosity. 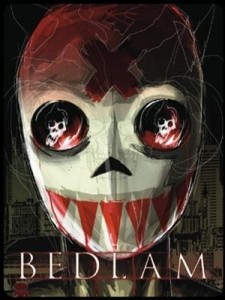 AL: Last month Uncanny Avengers was the big Marvel release, fully armed with a ton of variant covers. Did you find with this title, or with variants in general, that sales for a title pick up with all the different covers?

CH: With headlines like “Uncanny Avengers has 20 covers” many people assume that you’d walk into a comic shop and the new comic section is full of different covers for UA. The reality is that no single shop is going to have them all. Some of the covers are exclusive to shops and cons. Retailer incentive covers went as high as a 1:300 ratio. Alpha Comics only had 5 of the covers with only 2 of them being cover price. The comic itself sold well. Tough it wasn’t the monster AvX was.

AL: One of the big stories out of NYCC was the upcoming shift from Amazing Spider-Man to Superior Spider-Man. There has been a very vocal group of people that are pretty upset with this announcement, what has been the vibe in your shop?

CH: Some long time readers are sad to not have Peter Parker in their Spider-Man book. But most people are stoked and having fun trying to guess who the Superior Spider-Man is. A few vocal people on the internet never represent the reality of what most people think.

CH: Batman #14 will get that #1 spot on the charts and we will see Marvel break the top ten with something other than AvX. It will be interesting to see how high Deadpool #1 reaches on the sales charts.