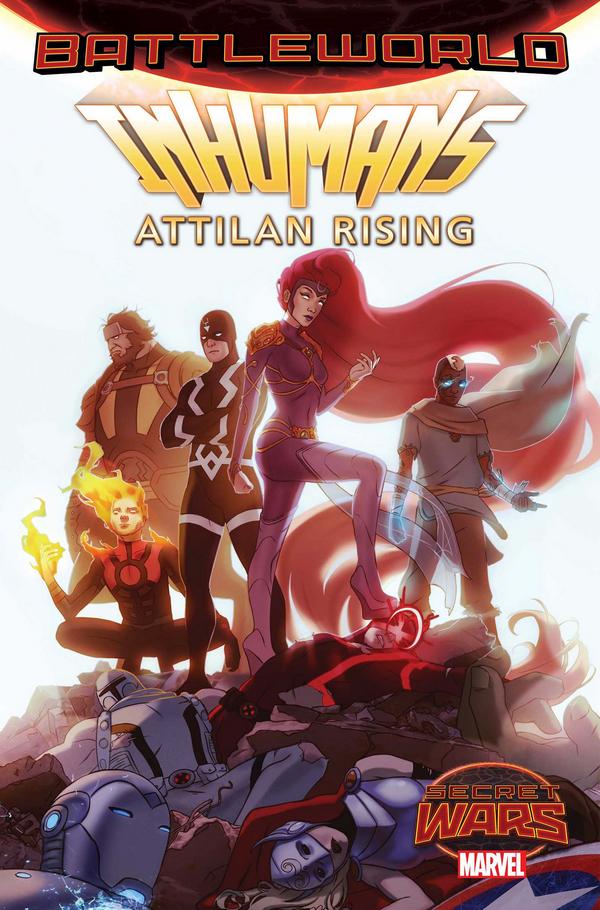 Medusa, ruler of Attilan and Queen of the Inhumans, has been tasked with rooting out the rebels, and crushing their resistance beneath her steely tendrils of hair. Yet a chance encounter with the head of the insurgency will change everything. A man named – BLACK BOLT! And things are about to get complicated.

“One of the ideas behind Inhumans: Attilan Rising from the start was to put Medusa, Black Bolt, Reader, Iso and other characters from Inhuman into a new context,” says Charles Soule, in an interview with Marvel.com. “That’s part of the fun of an event like Secret Wars. Things don’t have to be the way we’re used to seeing them.”

“My initial concept was ‘life during wartime’,” continued Soule. “The relationships we’re used to seeing will be different in this story. Huge drama, spies, glamour, action, betrayal, sabotage. My hope is that it won’t feel like anything else out there.”

The drums of war beat for the Inhuman nation. But when the dust clears, who will rise? Find out as BATTLEWORLD comes to the Inhumans in INHUMANS: ATTILAN RISING #1 this May! 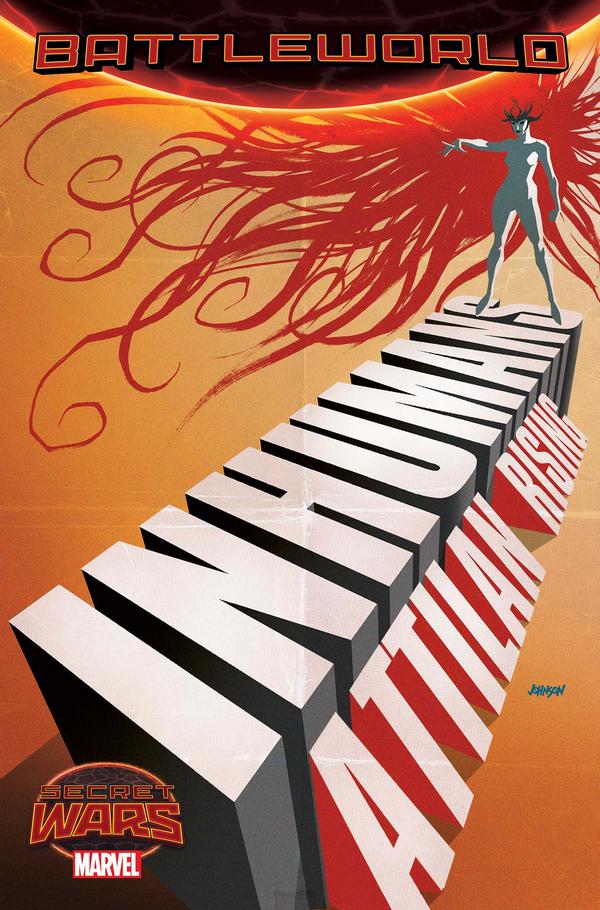