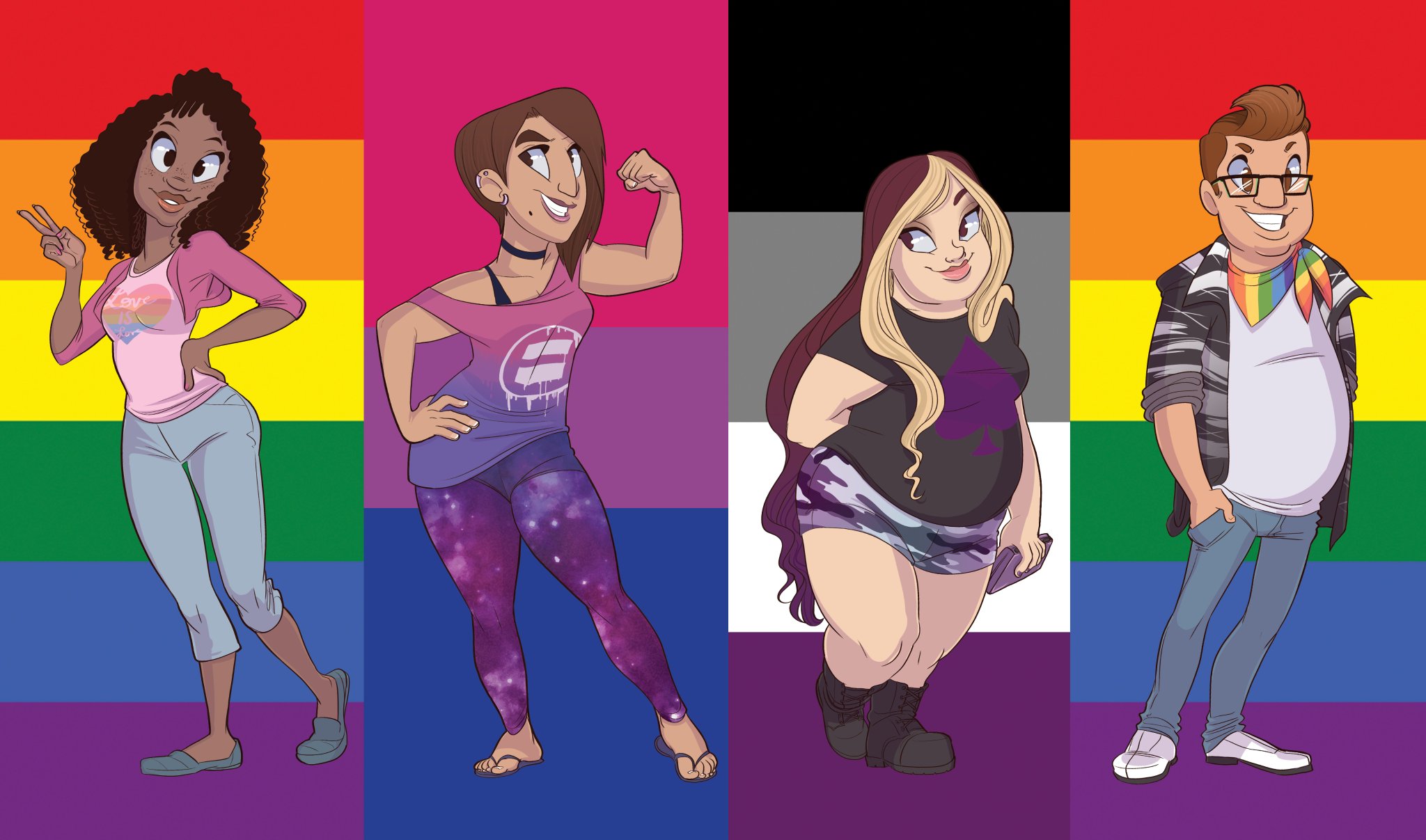 Space Goat is going all-out for PRIDE MONTH with its new title Moonlighters by Katie Schenkel and Cal Moray.

The team tweeted out greetings from its four series leads that are part of the queer community themselves, with colors flying!

Happy #Pride2017 from The Moonlighters!
(This Wonderful art by @CalMoray) pic.twitter.com/Vc4WjRLfct

Meanwhile, Space Goat Productions is proud to announce Moonlighters by Katie Schenkel and Cal Moray will be part of Halloween Comicfest 2017.

The event takes place October 28th at participating comic shops. FREE Halloween themed comics like Moonlighters will be available, along with the chance for fans to participate in “The Greatest Halloween Costume Contest Ever!” It is a great event for comic and Halloween fans of all ages. 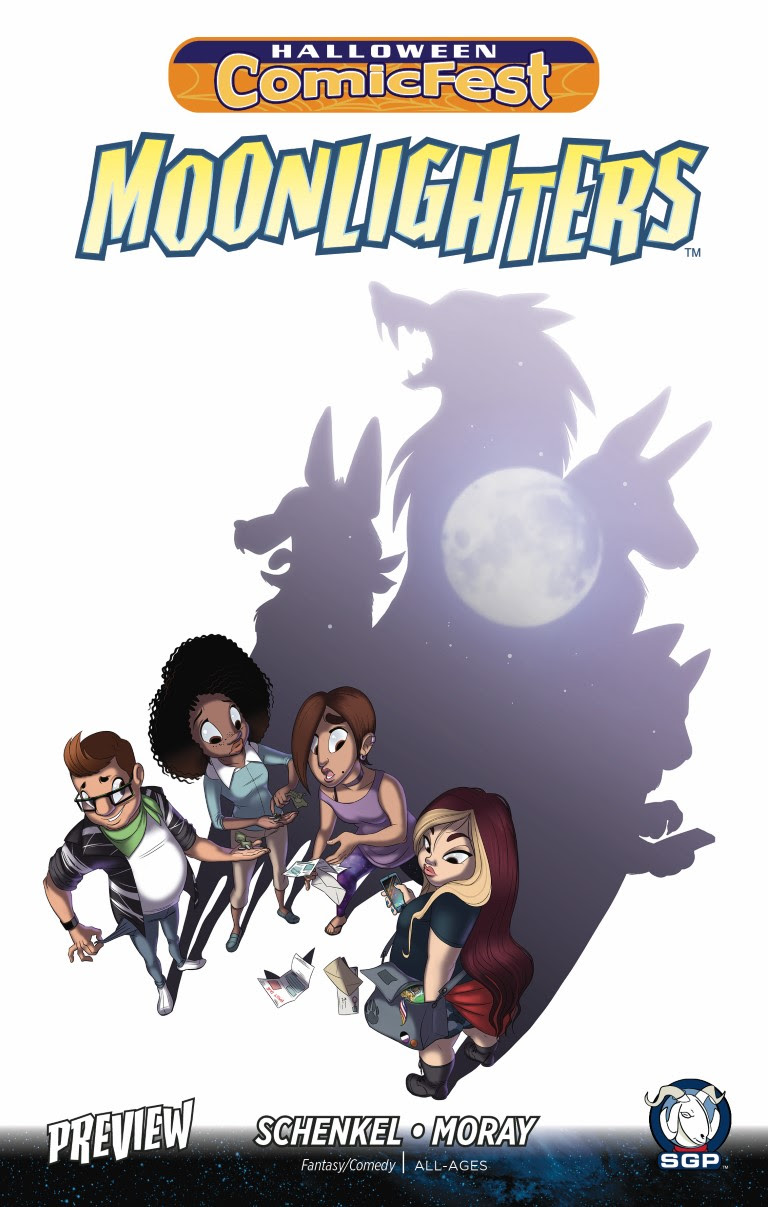 Moonlighters features an all-queer cast of broke college-age werewolves taking supernatural odd jobs to pay the rent. Written by Katie Schenkel (writer of the upcoming graphic novel The Cardboard Kingdom) and illustrated by Cal Moray (Monster Elementary). They are monster helpers for hire.

“I’m excited to be a part of another Halloween ComicFest, this time with Moonlighters–a new series with a fun twist on werewolves,” said Cal Moray, series illustrator. “This story has been a real joy to illustrate, and I’m glad we can share it with all of you.” 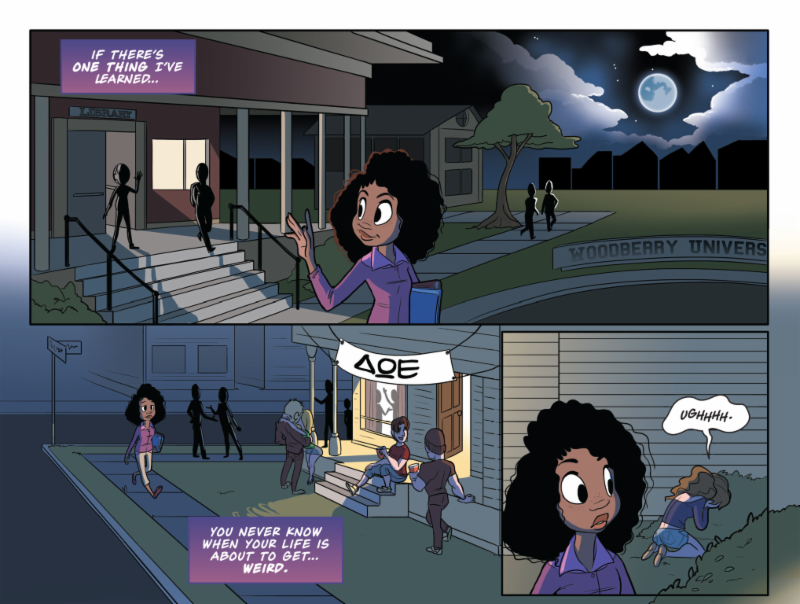 “Halloween Comicfest’s kid-friendly reputation makes it a perfect fit for our book,” said series writer Katie Schenkel. “Moonlighters is a little spooky, but mostly it’s about finding friendship in unexpected places–I’m over the moon that we get to be part of this year’s event.”

“There are three things we need more of in comics,” says publisher Shon Bury. “Werewolves, queer and female creators, and female and queer protagonists. Moonlighters addresses all three–and has a lot of fun in the process.” 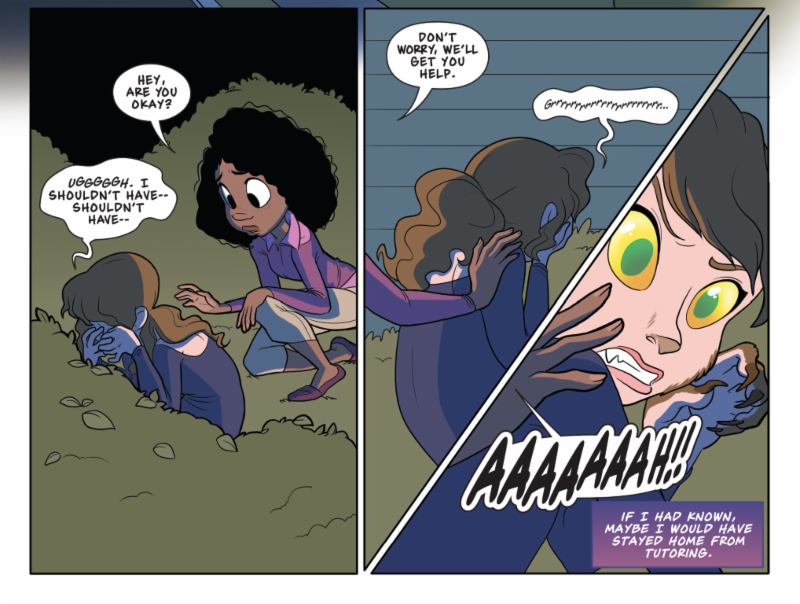 The Halloween Comicfest issue will be available at comic book stores across the country on October 28th.

An original graphic novel featuring the Moonlighters will be available at comic book stores in early 2018. 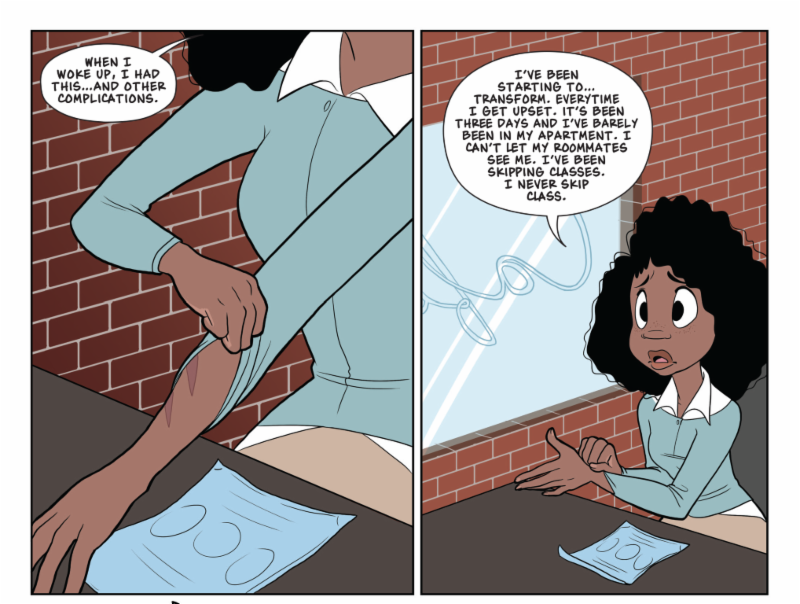 Created in 2006, Space Goat Productions has decades of combined experience producing comic books, TV, animation, video games, commercial art, and concept design. This past year, Space Goat began production on board games for both the Evil Dead and Terminator franchises, and has since acquired The Howling along with a few other top secret licenses soon to be announced. Space Goat has transformed from the industry’s premier service provider, to a highly successful comic book and board game publisher.