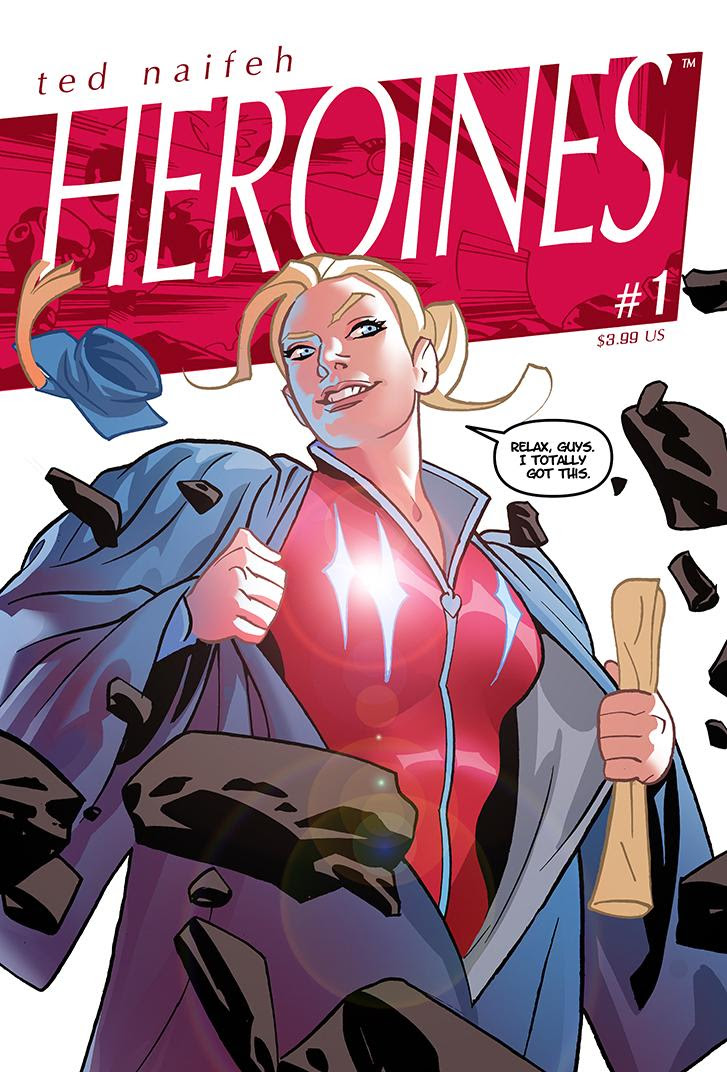 Would-be superhero Marcy Madison tries to assemble a team of like-minded heroines by placing an ad on Craigslist. But the response she gets is far weirder and more dangerous than she bargained for. A jaded veteran superheroine, a disgruntled henchwoman, and a likely insane ninja assassin answer the call-and things get even stranger from there.

“Nothing brings me more joy as a fan than reading a book by Ted,” stated publisher Shon Bury. “Working with Ted on his first modern superhero book is a dream come true.”

“I’ve been wanting to tell a superhero story like Heroines for years, and I’m beside myself with joy to get the chance,” said comic creator Ted Naifeh. “Space Goat has been an amazingly supportive and enthusiastic partner. And my editor, Brendan Wright, is committed to making this a top-quality comic book. I can’t wait to get it out in front of the people.”

“Ted has been ahead of his time for years,” said Heroines’ editor Brendan Wright. “Now that comics is finally starting to catch up, Heroines is the perfect story for this moment, but still smarter and funnier than anyone else can pull off.”

The 7-issue comic book mini-series Heroines is scheduled to be released in May with a special double-size #1 issue. It can be pre-ordered at your local comic book store, Comixology, or at Merchgoat.com