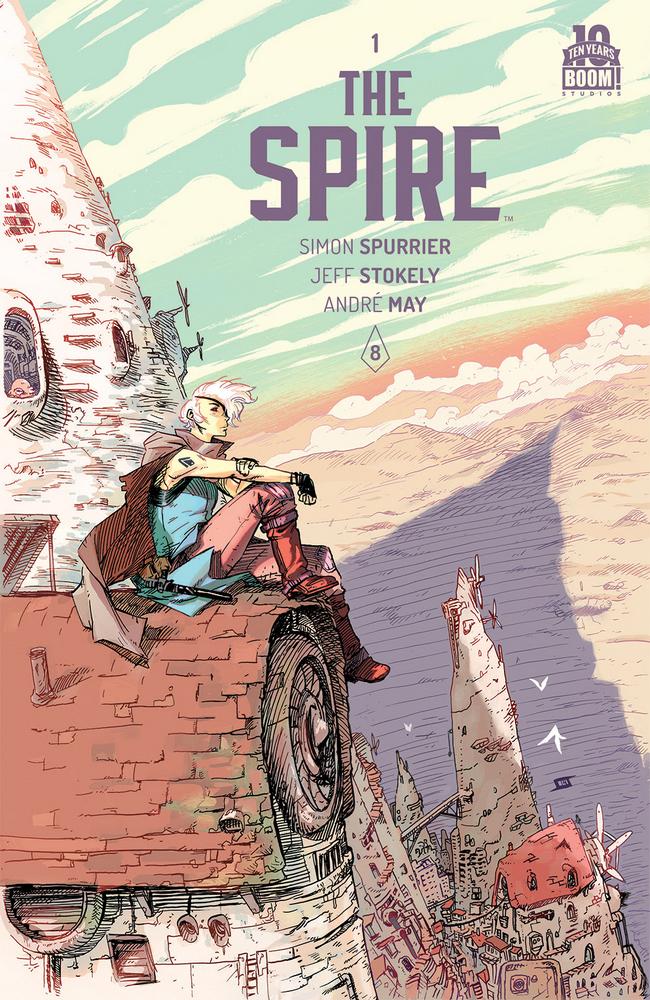 June 5, 2015 (Los Angeles, Calif.) – The top cop of a sprawling structure with over a million inhabitants has a triple homicide on her hands—and a new boss who can’t stand her. That’s the premise behind The Spire, a new limited series from Simon Spurrier and Jeff Stokely, the team that created the critically acclaimed BOOM! Studios series Six-Gun Gorilla. The duo reunites to create a murder-mystery set in a fantastical apocalyptic future in the vein of East of West and Jim Henson’s The Dark Crystal.

“Si and Jeff are an unstoppable team and a powderkeg of ideas,” said BOOM! Studios Editor-in-Chief Matt Gagnon. “After Six-Gun Gorilla, we absolutely had to bring them back for an encore. This team has endless imagination and a pure joy for the medium; The Spire is a genre-defying manifestation of what they stand for creatively. I couldn’t be more proud or excited about a series we’re publishing.”

The Spire is a mountain of metal and stone that rises from the toxic nowherelands; a city of twisting tunnels, grinding elevators, ancient machinery, and home to over one million human and non-human residents. Shå, the only citizen of her species, is Commander of the Watch: responsible for keeping order despite the racist views of those around her. When a string of grisly murders occurs on the eve of the new Baroness’s coronation, Shå is tasked with bringing the killer to justice… and picking apart the wider mysteries tangled around the crime. But the city’s new ruler seems sets to usher in a more xenophobic age, and Shå swiftly finds she has far more than one enemy at her back…

Praise for The Spire #1:

“Devoured The Spire by Spurrier and Stokely. Fantasy that’s hard like Perdido Street Station, soft like Labyrinth, and weird like both. STRONG!” – Kieron Gillen (The Wicked + The Divine)

“Great police procedural in a world worthy of and reminiscent of Miyazaki.” – Paul Cornell (Doctor Who)

“Read and loved The Spire #1 from [Spurrier] and [Stokely]—art, color, story, all a cut above. Really beautiful book. Pre-order this.” – Brian Wood (Rebels, Moon Knight)

“Okay, I got to read an advance copy of The Spire, written by by [Spurrier]. Holy crap. This thing is an EPIC.” – Gail Simone (Swords of Sorrow, Red Sonja)

The Spire #1 (of 8) arrives in comic shops on July 1st with an oversized 28 pages of story and a main cover by series artist Jeff Stokely for the price of $3.99 under Diamond order code MAY151076. Also available in a limited quantity are a Jackpot variant cover by Aaron Conley (Sabertooth Swordsman), a 10 Years incentive cover by Rob Guillory (Chew), and a retailer incentive cover by David LaFuente (Batman Eternal).

The Final Order Cutoff deadline for retailers is June 8th. Not sure where to find your nearest comic retailer? Use comicshoplocator.com or findacomicshop.com to find one! It’s also available for order directly from boom-studios.com. 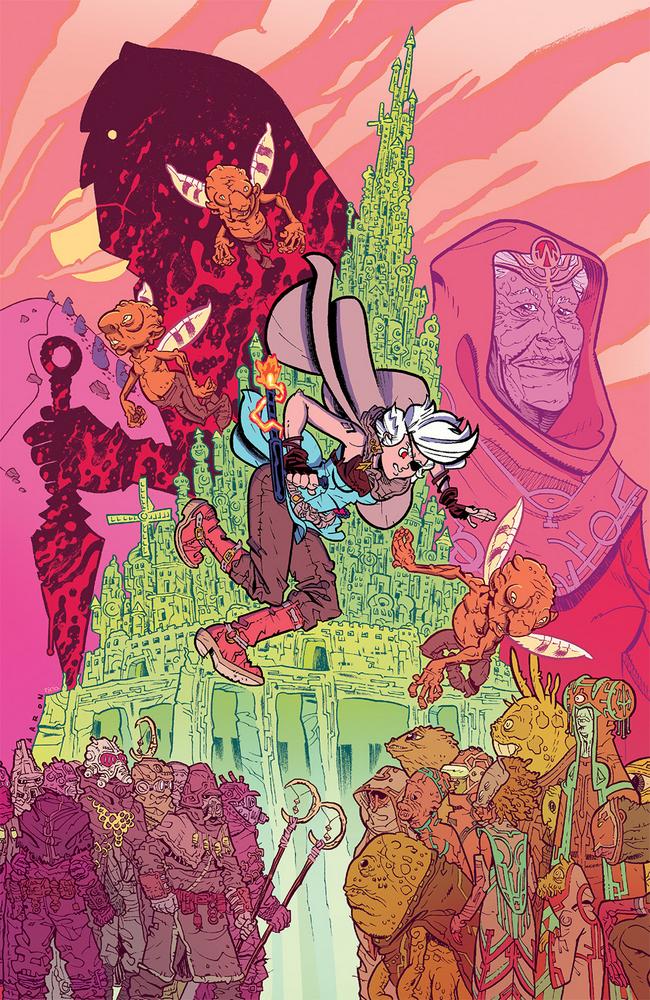 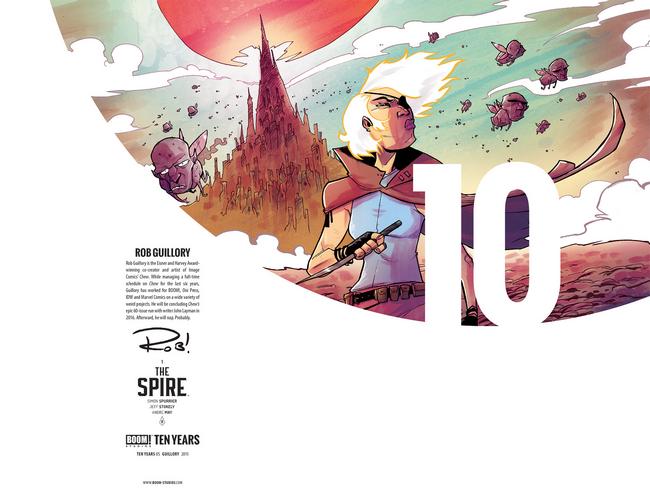 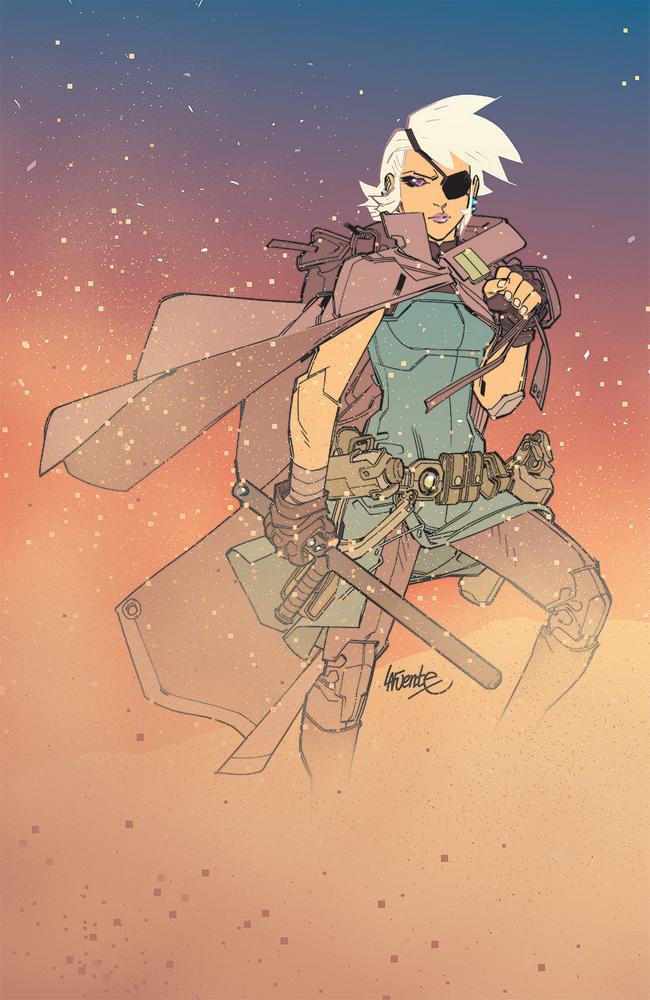