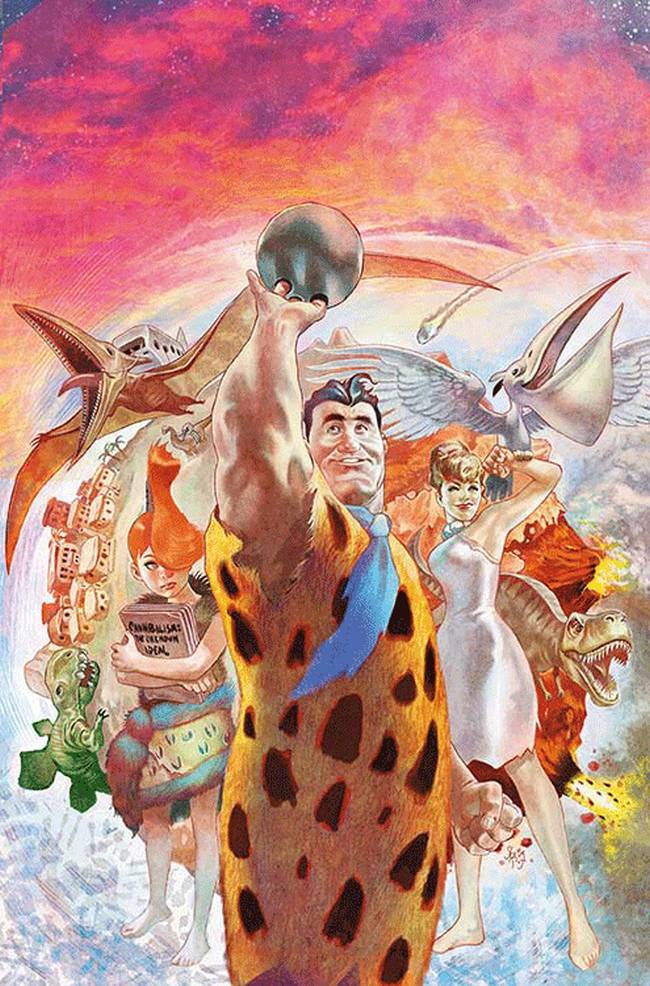 “From the town of Bedrock, they’re a page right out of history…”

Writer Mark Russell (Prez) and artist Steve Pugh will bring readers their version of Fred, Wilma, Barney, Betty, Pebbles and Bamm-Bamm in the debut issue of The Flintstones, on sale July 6.

In this 40-page extra-sized premiere issue, fans will be introduced to the town of Bedrock, where Paleolithic humans dine on artisanal prepared mammoth after shopping at the Neandertall & Big Men’s Clothing stores, get the latest news via cave painting, and folks drive foot-powered cars. Join Fred and Barney as Mr. Slate sends them on a mission to show some Neanderthals a night on the town in hopes of luring them into this new system of “working for a living” – in his quarry, of course! Find out what happens to Fred and the gang when they finally get to learn how Bedrock’s “one percent” lives in this satirical take on life in the world’s first civilization this summer! 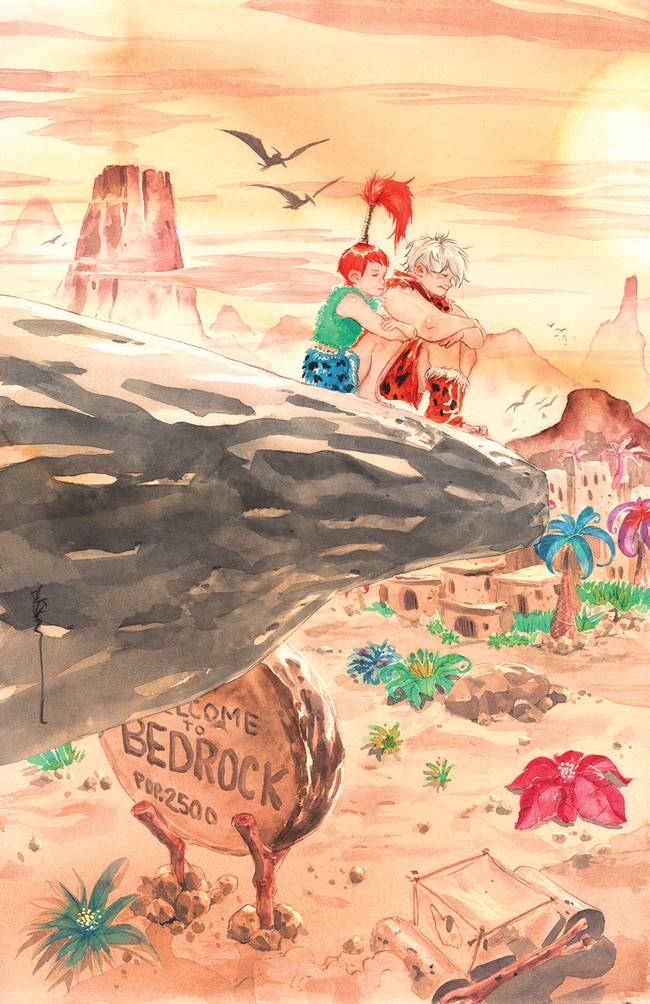 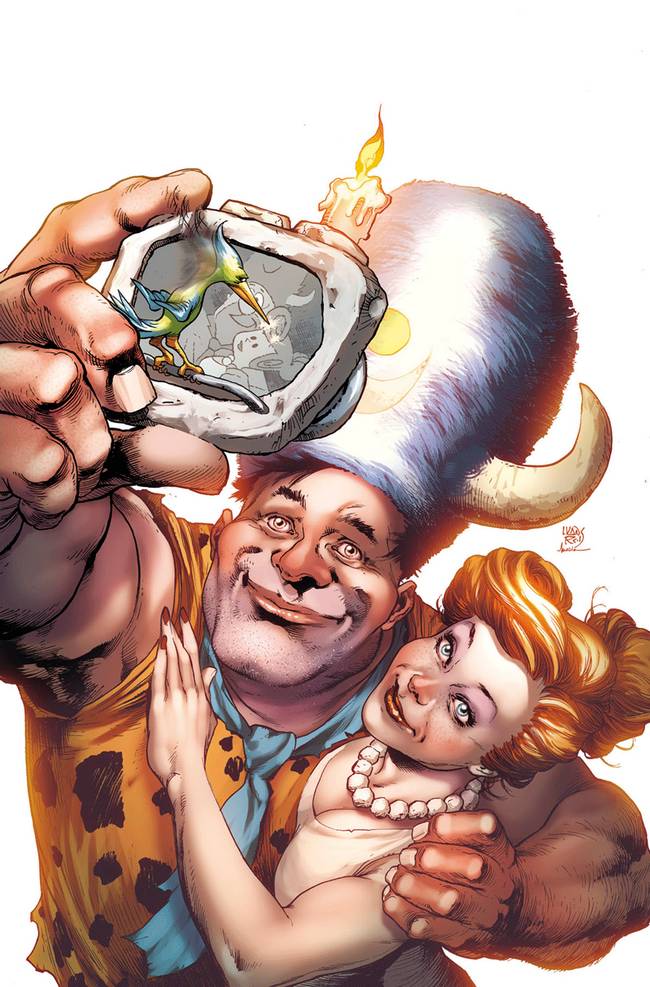 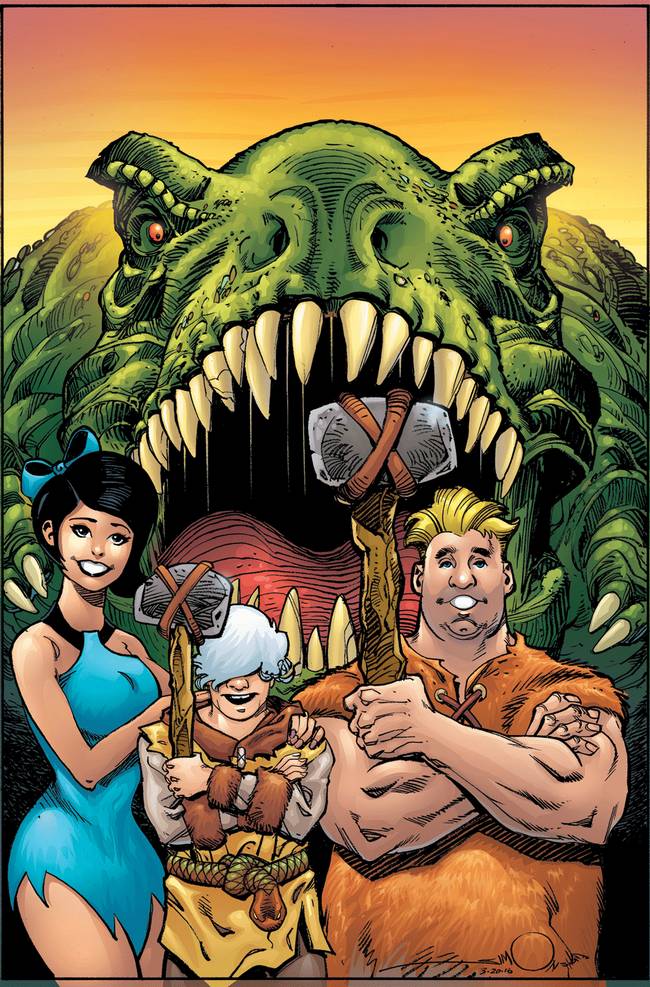