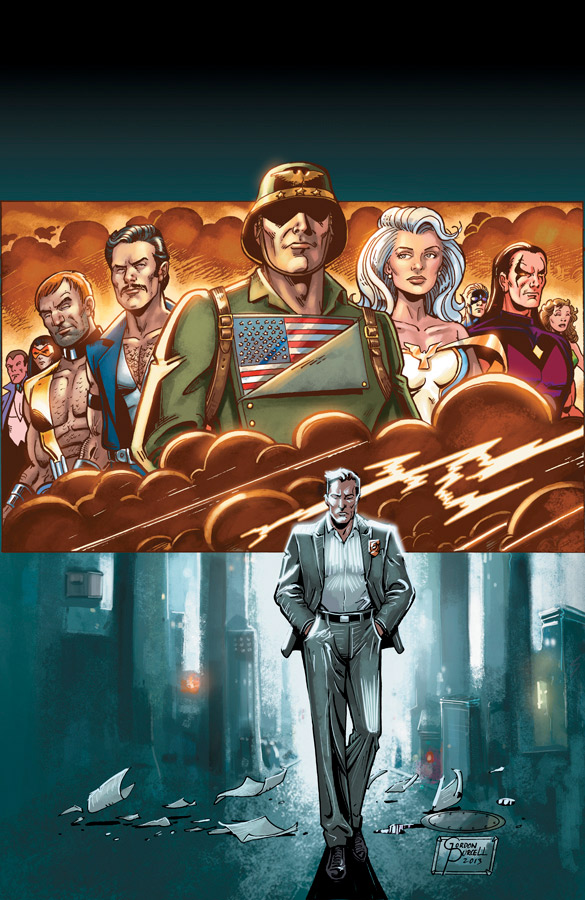 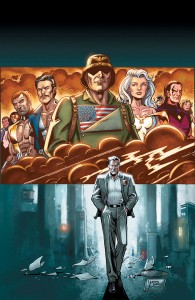 What’s it like to be a hero in a world without villains? In PROTECTORS, INC., the life of a superhero is wonderful, thanks to a bevy of corporate sponsors, an adoring public, polite rivalries, sports franchises, and best of all, no super-powered bad guys to worry about. Wonderful, that is, until a hero is murdered in such a way that the only possible culprit is an unknown person with superpowers, throwing the status quo into upheaval. PROTECTORS, INC. comes from a place of deep appreciation for genre fiction.

“I’ve always loved superhero stories told from the bottom-up, from the point of view of ordinary people caught up in extraordinary circumstances, between people with massive amounts of power that can be used for good or ill,” says Straczynski. “The book is a twelve-issue maxiseries, a superhero story crossed with a mystery and a procedural police story, and should be a fun read for folks interested in any one of those three genres.”

The latest project from writer J. Michael Straczynski (TEN GRAND, SIDEKICK, RISING STARS) and artist Gordon Purcell (Star Trek: The Next Generation/Doctor Who, The X-Files), PROTECTORS, INC. focuses on Lieutenant Detective John Riley’s search for the truth behind the murder of a being that shouldn’t have been able to be murdered by anyone. Nothing is as it seems, however, and Riley’s case will lead to a fifty-year-old secret, love affairs, and possibly even more death.

Purcell is equally excited and ready to unleash PROTECTORS, INC. on the world.

“Protectors, Inc. is one of the best projects I’ve ever worked on! Joe’s script (I have all 12 issues here!) is fantastic and fascinating, and I feel like I’m drawing on all my comic experience to flesh out the Protectors world. I’m so jazzed to be able to share this project with the fans! Dig in–this is tasty stuff!”