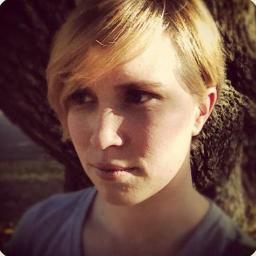 Hello, and welcome to another Ten Tweets Thursday! This week we feature a Mom who reads comics, @charmingred ! Check out her responses to the Ten Tweets below!

Spectacular SM #59, was my bros, I was not suppose to touch his comics and he caught me. He later gave it to
me along with X-Force #1.

Spider-man and Hawkman: SM because he was the first and Carter Hall Hawkman because he is a history buff and I
just think that is cool.

Total cheese and wrong-ness but ASM Sins Past (509-514.) I have it in issues and TPB. It got me back into
comics as an adult.

Mostly print, but if trades are on clearance I’ll pick them up. Gotta have Monkeybrain Inc. so I get those in
digital.

#5 What do you consider to be the most “obscure” title you read?

Maybe No More Heroes, but I think a ton of people have read it. Tart by Kevin Joseph is great if you’re
willing to take a risk.

I have Legion of Super-heroes #298, the first appearance of Amethyst.

I tend to stick to DC and Boom Studios but I’m willing to read anything well done or fun.

Batman #14 just after Batgirl #14, I am officially creeped out in the best way, right now and this is an
excellent distraction.