Welcome to the very first Ten Tweets Thursday, a feature where comic fans, internet journalists, creators and more get to sound off on 10 set questions with 140 character answers. This week, we find out the hidden secrets of Keven Skinner (@kevenskinner), Music Editor for The Daily BLAM! 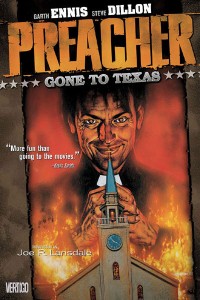 Probably an old issue of X-Men or one of my uncle’s creepy Conan The Destroyer comics. Although I did start early with Spawn & AVP

Wolverine & Venom will always stick with me the most. I lean towards the lone badass or antihero types.

#3 What is your favorite limited or mini-series of all time?

My favorite comic series of all time is Preacher. It’s the perfect book beginning to end with a load of full blown crazy inbetween.

I’ve preferred reading my stuff in trade since I dont buy comics anymore. Although digital issues on my iPad are winning me over big time

#5 What do you consider to be the most “obscure” title you read?

I tend to stick with mainstream creator owned comics, but out of those, ‘Crossed’ is the one I like but can’t recommend to humans.

Garth Ennis is my all time favorite but Robert Kirkman is right up there since Im a psycho TWD fan. Eric Powell is a hero of mine too 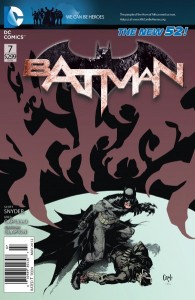 #7 Do you listen to music while reading? If so, what genre?

I can’t listen to music while reading, although If I did then Trent Reznor’s stuff would fit well in the atmosphere of stuff I enjoy

I grew up a Marvel kid, but I do find myself preferring DC: Vertigo, Dark Horse and Image as an adult. I don’t discriminate anymore.

Charlie Adlard is a personal fav. Plus he drew me in a TWD zombie cameo (issue 91). Todd McFarlane & Mike Mignola are comic gods.

Batman #7. The Court of Owls scares the hell out of me. Not to mention Bruce Wayne backhands Nightwing in mid conversation. Hilarious.

Want to be part of Ten Tweets Thursday? Fire an email to admin@comicosity.com. Make sure you include your Twitter handle and follow @Comicosity ! 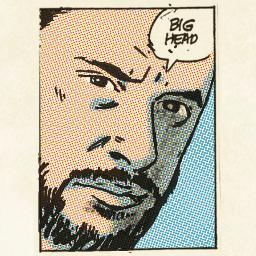 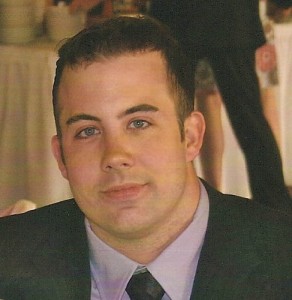