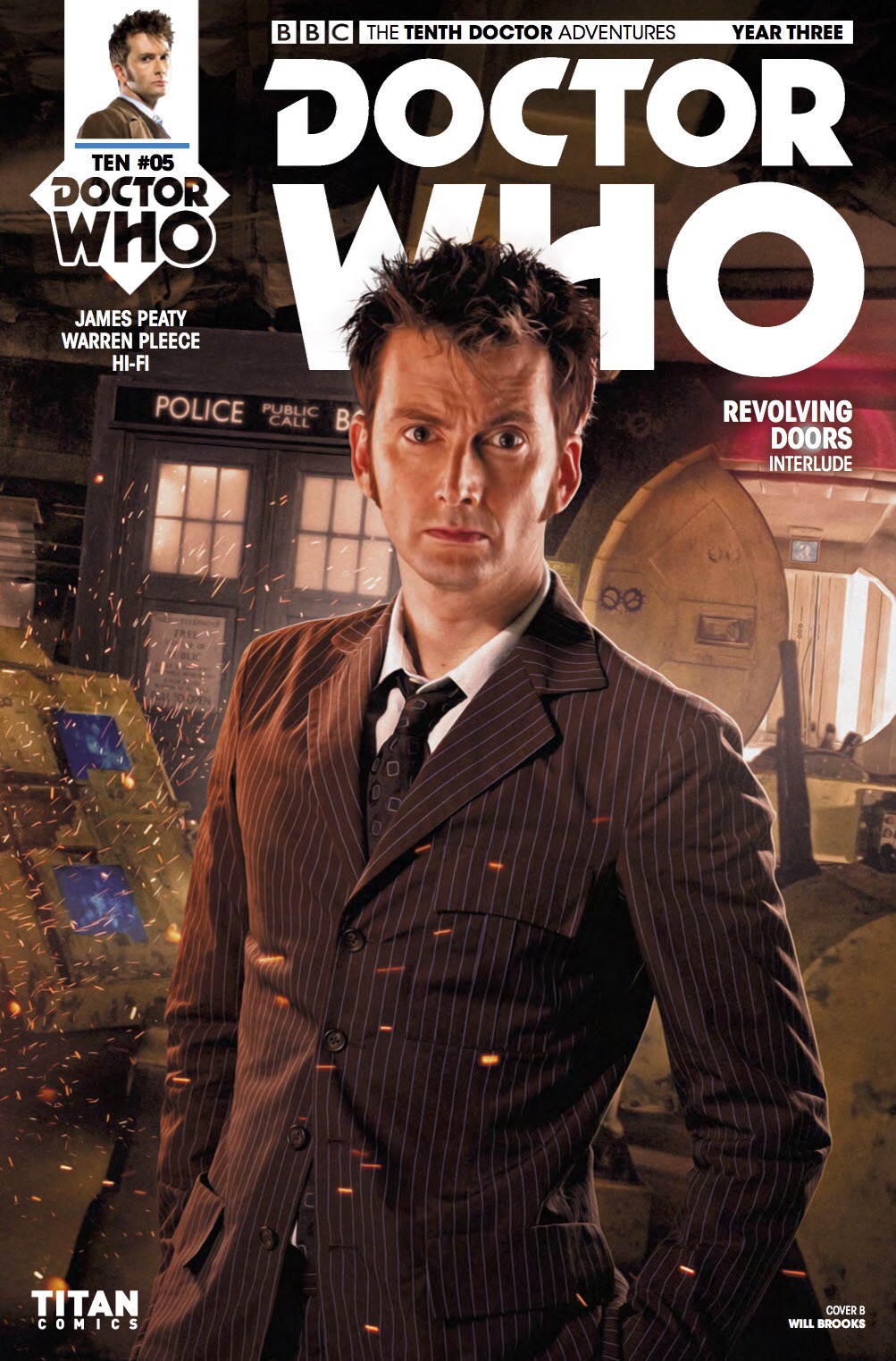 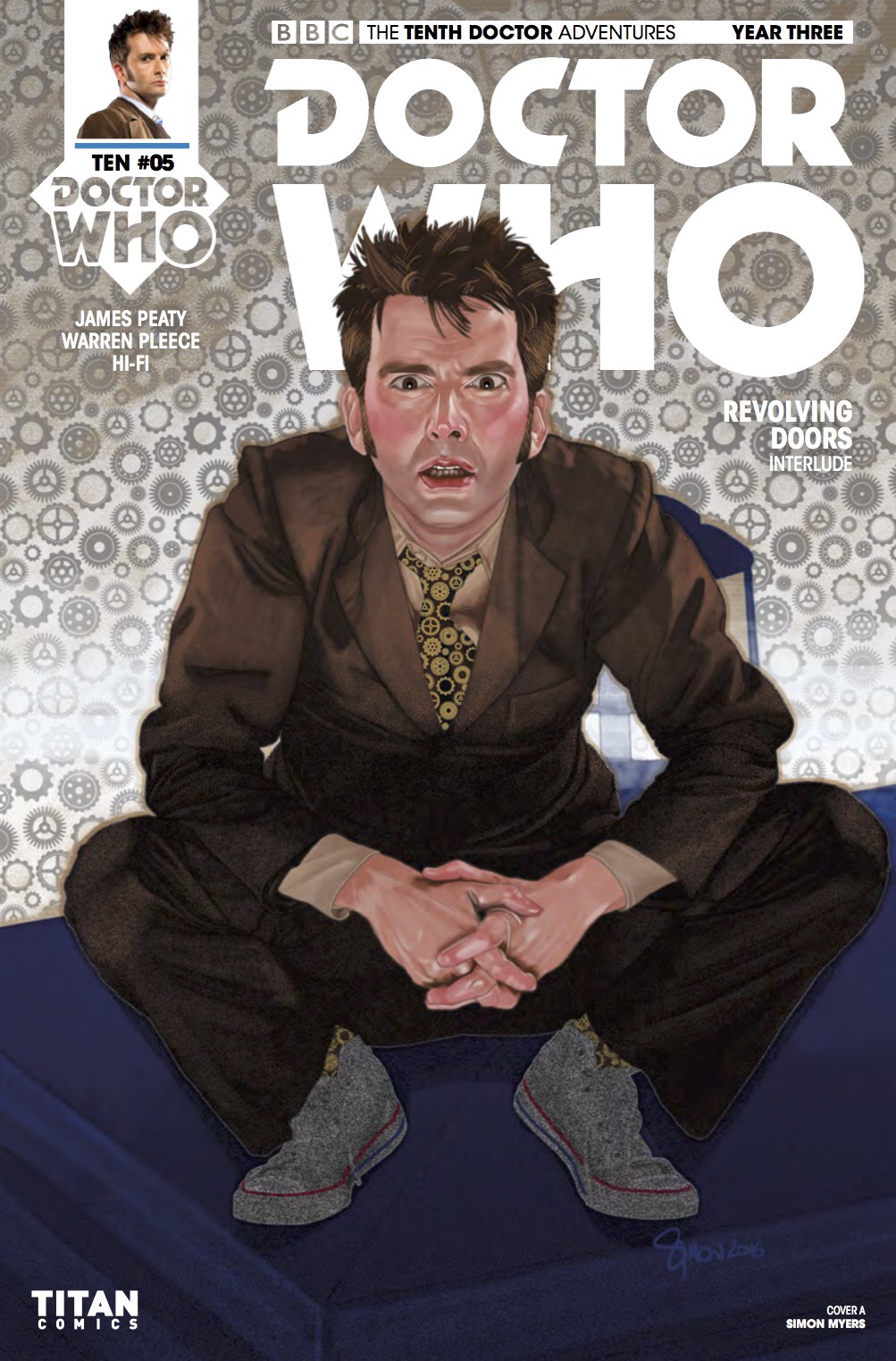 It’s an inter-dimensional encounter of the tentacle kind for the Tenth Doctor and one of his companions, Gabby, who have snuck-away from their ongoing story arc for a single issue.

During ongoing stories, Doctor Who comics usually provide an “Interlude” issue. These stand alone tales can please comics fans of single month, and give the ongoing creative team a break or chance to catch up. This is one of those “Interlude” issues.

What makes this one unique are diary pages of companion Gabby. They are supplied by the regular creative team of Nick Abazis and Arianna Florean. It’s a nice softening transition for regular readers of the series. It does this by providing nice plot summaries. They can be more emotional or detailed than just he single page recap provided by Titan Comics at the beginning of each issue.

The creative team of James Peaty, Warren Pleece and colorist Hi-Fi take the Doctor and Gabby to a high tech area of London. Once there a simple cry for help gets them involved in a monster-of-the-week type of adventure that works best for the comics medium.

That’s because these aliens are of the floating tentacle variety that Doctor Who fans love to see on the show, but know that practically they are hard to pull of with special effects. A rogue alien is being hunted by his own, while a greedy human is used as a puppet to help find a doorway to complete a final goal. It’s all rather standard elements that blend science fiction and horror on base levels.

A few key elements help to make this story stand out more, for fans of the tenth Doctor. First, Hi-Fi does a great job with color use to distinguish between the aliens doing the hunting and the rogue that is being hunted. Reds and blue are played up to help classify and differentiate the characters for the reader.

Secondly, the creative team has worked in cameos from all of Ten’s former companions. There are nods to Rose as well as near miss style encounters with Martha and Donna. This not only is great fan service, but also helps to remind fans of the show where in the Tenth Doctor’s lifespan these adventures with Gabby take place.

Some readers will be sad with the absence of the other series regular, Cindy. It’s a fun crowded TARDIS in the ongoing story. However, this story gives Gabby a chance to shine, ask questions, and be suspicious of the nervous way the Doctor has been behaving.

There is also lots of running down corridors. Since, it is running and busting through dimensions in comics it’s much more colorful, with action poses and plenty of excitement. Despite a lack of dimensions in a basic human being used by an alien baddies, there is a satisfying ending that leaves you with a smile. The Doctor always open the way for final acts of redemption. This Doctor Who comic provides a hope for humanity many comics readers crave.