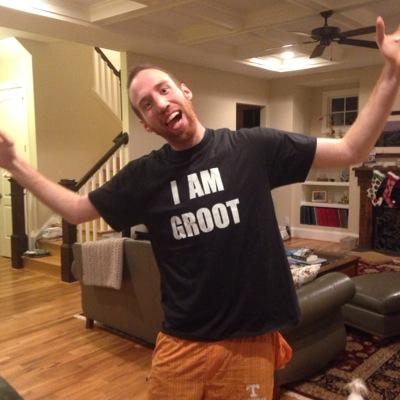 Happy Thursday, comic fans! This week we welcome Sound On Sight comics editor Logan Dalton (@SexyGingerNerd) to the hot seat! Logan’s thoughts on comics can also be found at Geeked Out Nation….let’s see how he fared against the Ten Tweets! 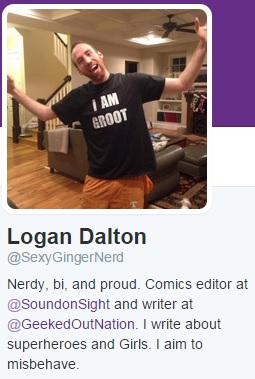 It was an issue of Marvel Team-Up w/ Spider-Man and Beast I found in an old box in the attic and was the close thing to X-Men my dad had.

Kitty Pryde obviously. Then, probably Peter Parker because I relate to his bad luck and nerdiness. I wish I was as funny as him.

My favorite story arc is The Sandman “Brief Lives”. I love that it’s a road trip story, myth, and a tragedy wrapped into one.

I pick up my singles digitally through Comixology, but I get older comics and my favorite stories in trade. They look good on a bookshelf

The Wicked + the Divine. If you’re a fan of any kind (music, comics etc), it’s the book for you. McKelvie and Gillen are a great team.

Neil Gaiman, Grant Morrison, and a tie between Chris Claremont and Brian Michael Bendis depending on how his X-Men run turns out.

It’s my signed black and white print of the various Watchmen characters signed by Dave Gibbons that I picked up at Baltimore Comic Con.

I’ve followed a lot of my favorite creators over to Image.I still read tons of Marvel and Batman books and have been getting into BOOM!

The last comic I read was Miles Morales Ultimate Spider-Man #9, the latest chapter in my favorite comics run of all time.