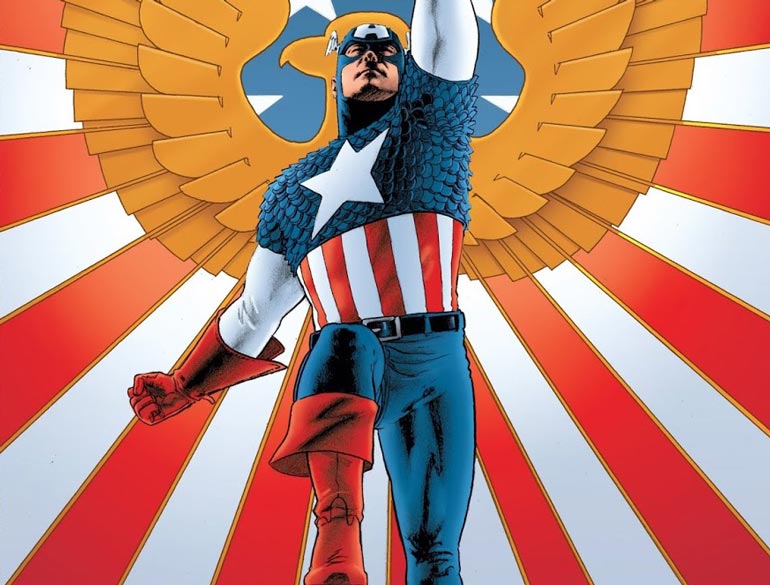 With the global impact of Avengers: Infinity War still raging on in theaters around the world, I think now is as good a time as any (possibly, the best time, even) to address something about comics.

I am very invested in what I can only call at the moment ‘comic mythology,’ a term I am sure ties into a million notions concerning comic characters and their superficial and aesthetic ties to ancient deities. There is nothing wrong with this. Heck, I love this kind of structuralism and want to make a career out of engaging with it and teaching with/through it. 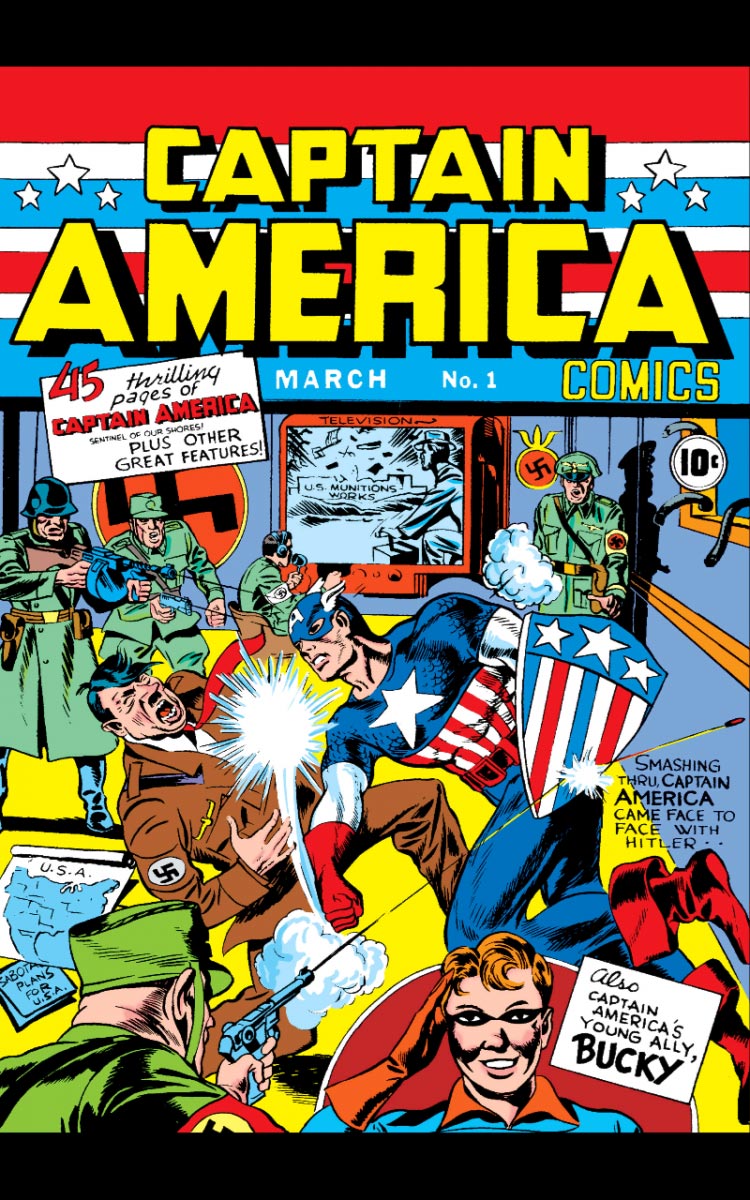 But, for a second, let me clear up some terms and ideas so I can express my ideas clearly.

If we want to accept comics as ‘myth,’ are we boxed into these things assuming the responsibilities of ancient mythology? I love Achilles and Odysseus as much as the next guy (or, maybe more than the next guy), but is this limiting what myth, and comics with ‘mythic’ ideals, can and should be?

First of all, does all mythology have to be ancient mythology? No, I don’t believe so. If we can accept this is true, then, what specifically does myth do?

Mythology is a way to solve problems, if I might borrow some words of wisdom from a Professor on English at my workplace whom I (briefly, but happily) got to talk with on this issue in a round-about manner. What kinds of problems can myth be looked to in order to find answers? Surely, ‘big’ issues such as poverty, inequality, racial discrimination, genocide and others can be seen as possibly ‘the biggest’ problems facing our 21st Century today, but what can mythology do?

Even more important, what can comics do? They’re comics, not sacred texts with countless generations of wisdom and discourse built around them. 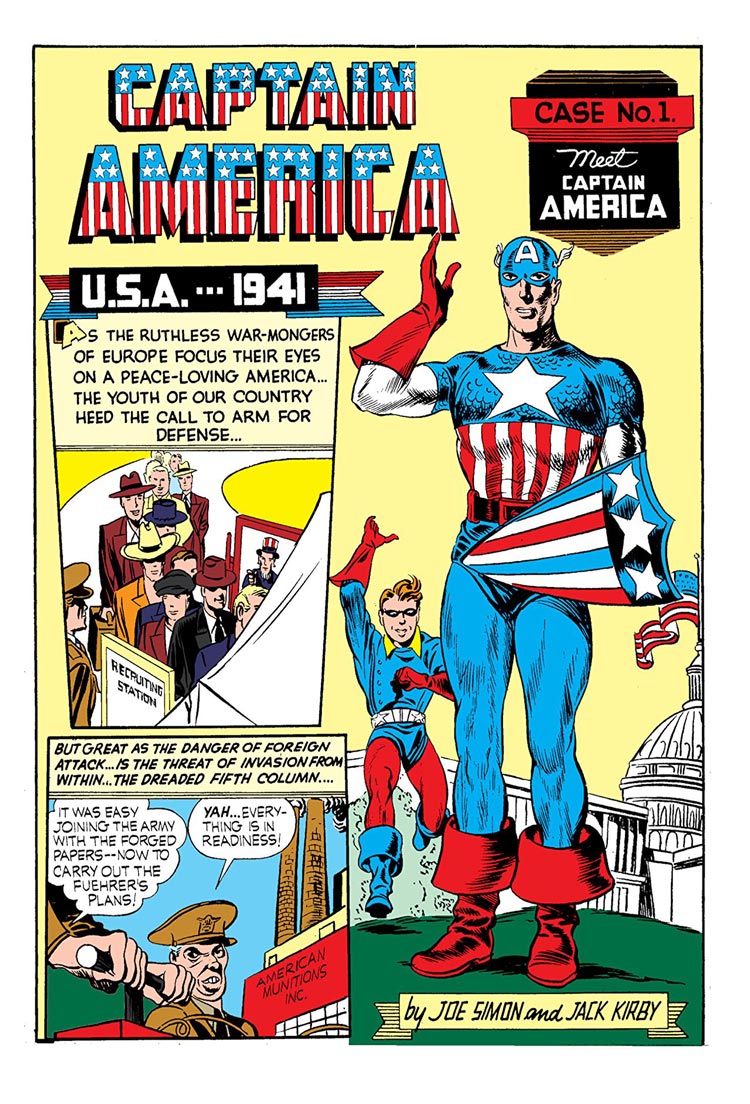 If we can accept that there is a place for a ‘modern’ mythology, something that is non-ancient in nature, how can we, as Americans, engage with this?

My go-to ‘American’ hero who has mythic qualities is Captain America, Steve Rogers, and the values he has been consistently empowered to represent. The ‘myth’ behind Steve Rogers is one linked with the idea that the Jewish-American people needed a personification of resistance in pop-culture at a time when certain authors and artist felt it was important. Captain America is a nazi-punching, anti-fascist symbol of an idea, an idea that America was a place that was going to produce the means of stopping fascism. I cannot get into the mind of those who envisioned and then formed Steve Rogers, but there was a point in the character’s existence where he was pure possibility.

He could have been anything. The needs of the community needed, and resulted in, Steve being a particular hero with a particular style. Steve became a sort of ‘self-fulfilling’ mythic piece of American culture in that he achieved the role he was designed for upon his creation, but after that he remained as part of the tapestry of narrative art. He was awakened and manifest, but now he could be turned to all kinds of new adventures and purposes. 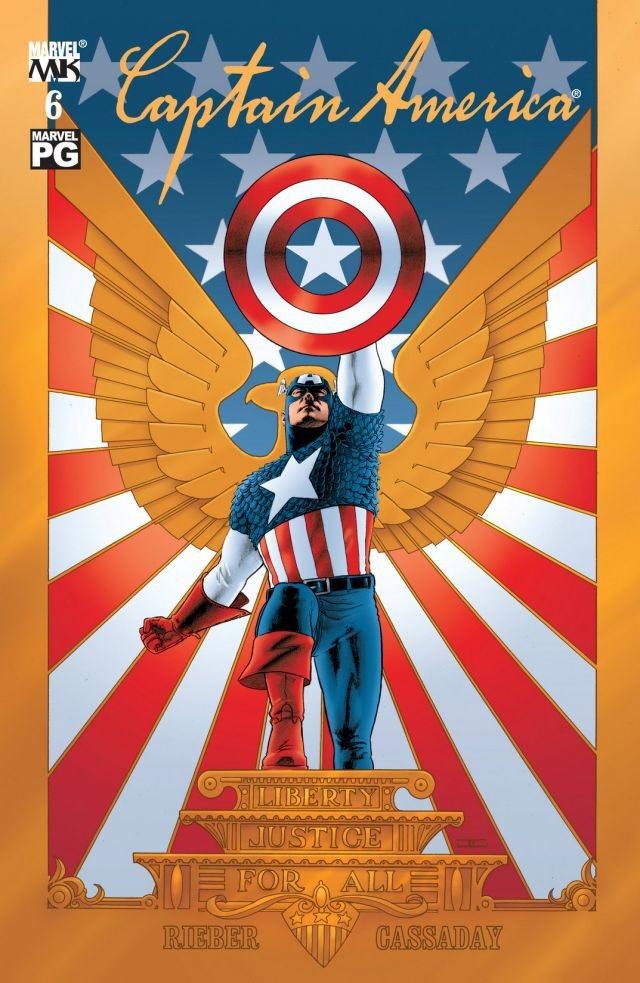 So, to re-cap, just as an example: Captain America is a piece of the narrative mythology of World War II. As a symbol, Cap came into existence to serve as symbolic succor to a community of people in dark times. He was and remains a character very much rooted in the modern world, this meaning he has roots in a world of automobiles, guns, planes and rockets.

What purpose does Captain America serve to modern readers? What good are myths, old or new, to those disconnected from the communities and circles of those who birthed them?

Why should anybody care about a modern myth like Captain America at all? Fascism was defeated, at least in the form that Cap was manifest to fight. Does this mean that, upon the end of World War II, that the character should have been retired? After all, Joe Simon and Jack Kirby envisioned Steve as a distinctly political form of artistic expression against a very particular set of enemies.

With those enemies (mostly) gone, I repeat: what good is a myth like that of Captain America, or any comic character like him? 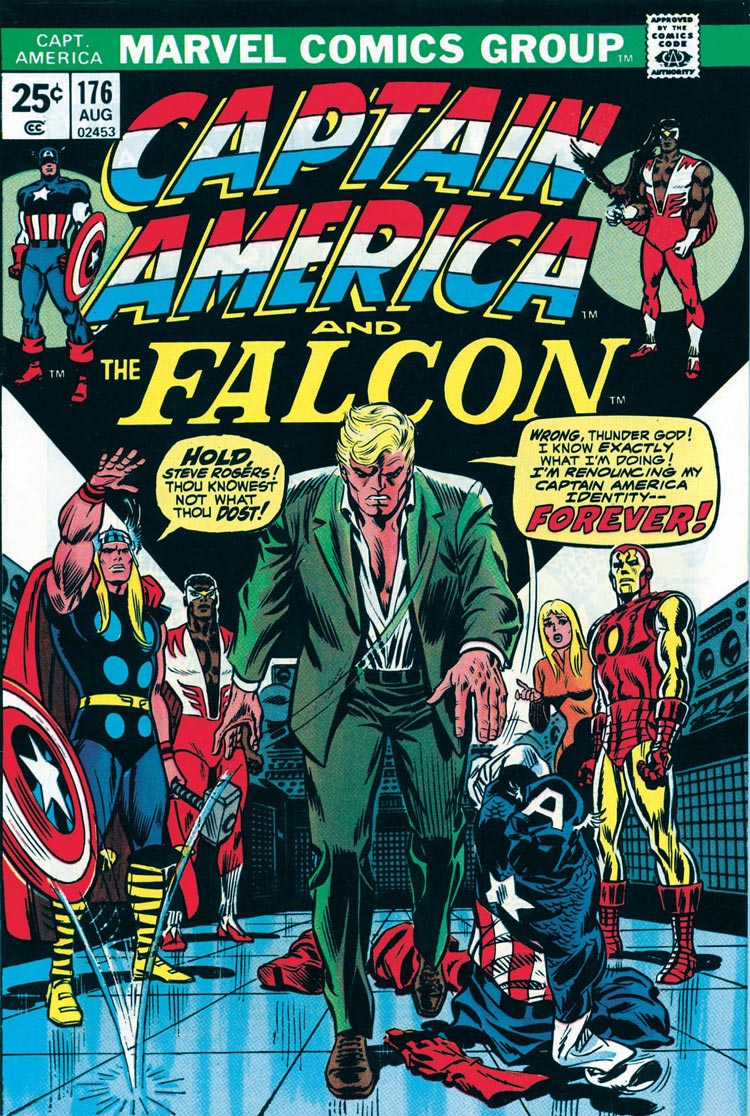 Comic have a special history in the United States as being one with a long, rich history of serialization. This is not to say that other counties do not serialize their art. They totally do, with Japan being one of the best examples. Having said that, America has proven particularly good at what I might say is ‘franchising’ myth.

It wasn’t enough to just keep a character like Captain America around just until the end of World War II, it was possible for Steve to remain in print fighting all kinds of enemies, indefinitely, never growing old unless it was required by a story … and even then, it could be reversed!

Is this, at heart, the best way to service myth? Do we value the ‘ancient’ classics more because they’re finite in number, or because they’ve stood the test of time? What if there were still stories of Achilles being published, would we value him more or less? (weirdly, comics is exactly where Achilles has sort of wound up, but I am getting ahead of myself …)

I think the beauty of American comics is, oddly, that it there are characters who are going to remain for every reader, eternally accessible and constantly referable. 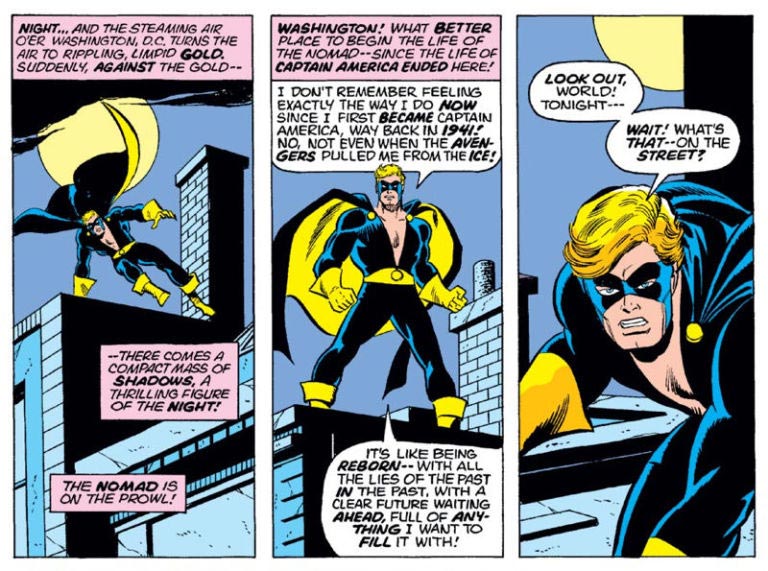 Steve Rogers is such a character. I really believe that while I was not a child born into a generation of readers who needed to see a Nazi get punched, that there are not plenty of emotionally and physically downtrodden people who need to see a character like Cap punch evil in the face. Captain America has become, if I might be so bold, the greatest example of what the 1940s should have been as opposed to what is was.

My choice of inflection concerning the fact that Steve has become an inspirational character was intentional. Like the best myths, Captain America is mutable. While there is virtue in the ideals through which his character was created, there was certainly some reactionary jingoism in his origins as well, mainly where Communism is concerned.

What I value about American comic mythology is that it seems to try and be course-correcting. At some point writers came along and tried to ‘fix’ the idea of Cap’s anti-Commie, 1950s characterization. They just flat out said, ‘Nah, that Cap was somebody else. Here’s the true Cap.’ 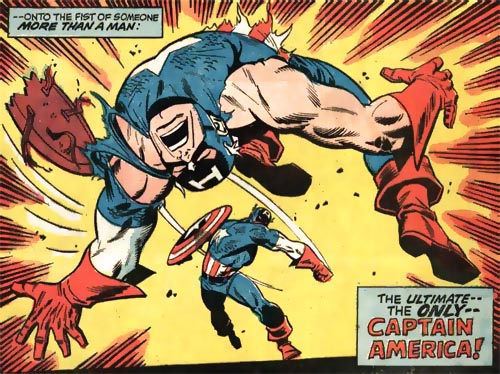 Comic mutability allows for society to react and respond to our foundational and cultural myths with more force and ease than, say, traditional prose literature. Sometimes you might even have rapid, almost whiplash inducing changes to mythic comic characters, all because of a transition in writing and editorial teams.

So … who cares? Comic fans have always tended to favor comic myth as a foundational narrative that demands a personal stake in the characters. People don’t tend to just love ‘Captain America,’ they live Brubaker’s particular run of Captain America, or Mark Waid’s run, or Kirby and Simon’s stance of the character.

American comic mythology is mutable, protean and it is more powerful for it. Alas, this causes problems if and when two people bump into one another and both readers value different ‘aspects’ of characters who were in turn handled by different writers in different ways.

Still, in the end do these differences in opinion mean that the character(s) are not still valuable to society? I’d argue that they’re more valuable because of their ability to serve as stable symbols which can service shifting meanings and values. Few things in this world can do that and remain popular.

I really hope you, dear reader, think back on the kinds of comic characters you know and love. 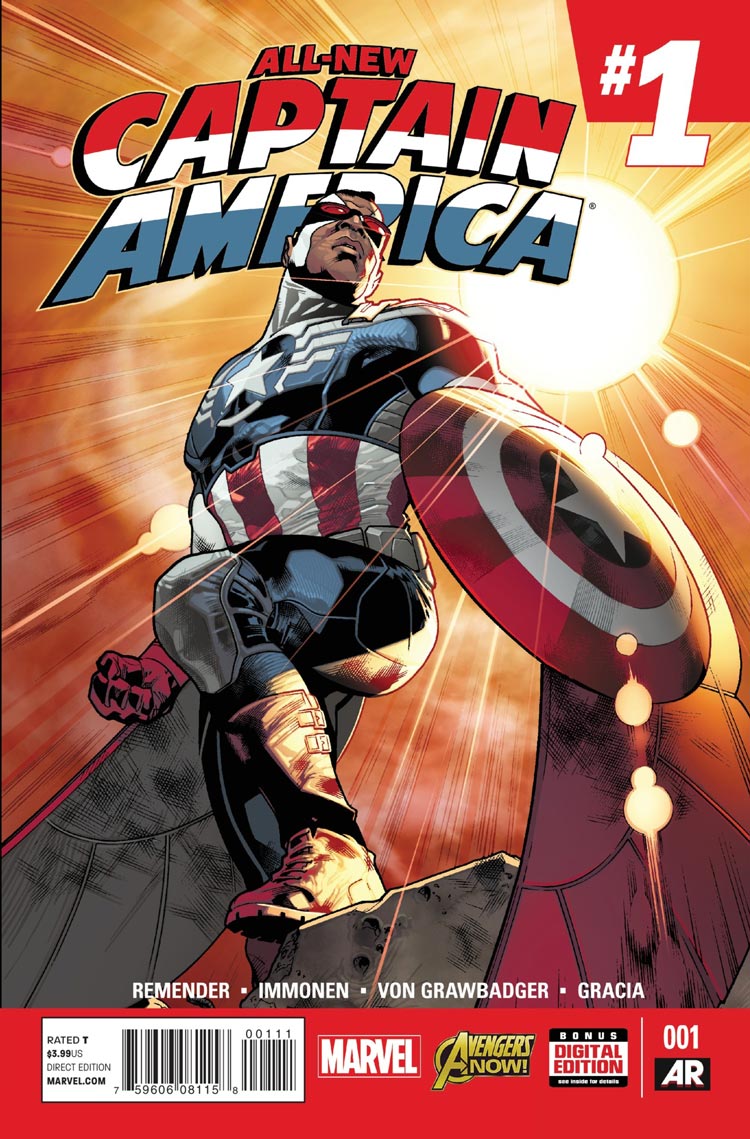 Comics mean so many things to so many people that they’ve assumed a mythology of their own, one with a lot of potential. I hope comics keep adapting and changing to suit today’s landscape.

Remember, myths are guides to helping solve problems. While ancient myths were tools to help humanity understand the physical and spiritual nature of the world, post-modern mythologies help us examine our social world as technology slowly but surely links us closer and closer.

At least, in this writer’s opinion, this what comic mythology does best. It does so many things, it’s hard to keep up sometimes. 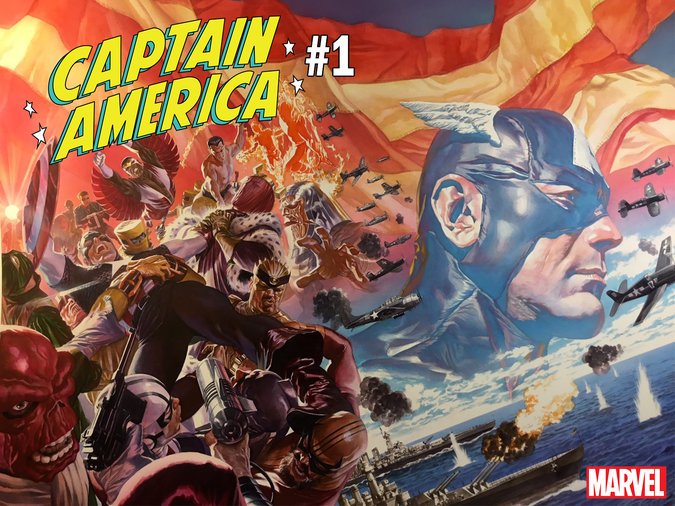 NEXT COLUMN, I’d like to address something unique about comic characters I only briefly mentioned here. Are comic characters better as figures who can die, and stay dead, or as figures for whom death is only fleeting? Check out my two-part exploration of death in comics called (shockingly) ‘The Importance of Death and Resurrection in Comics.’