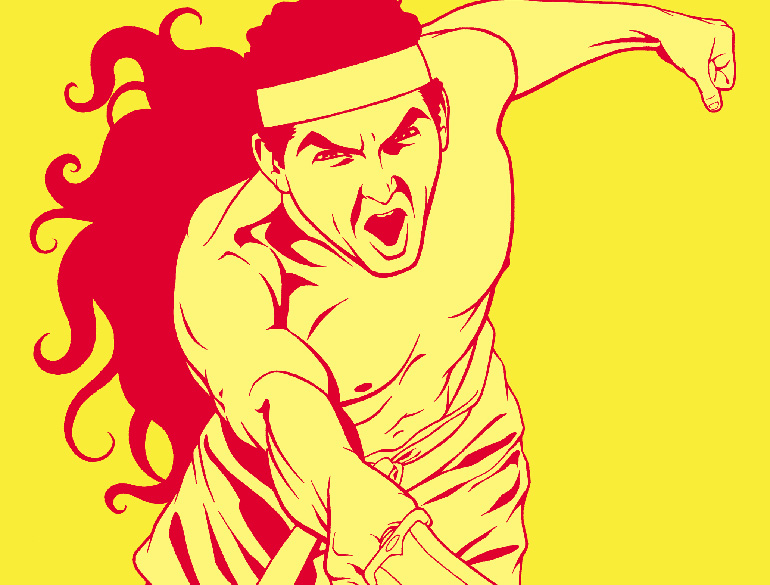 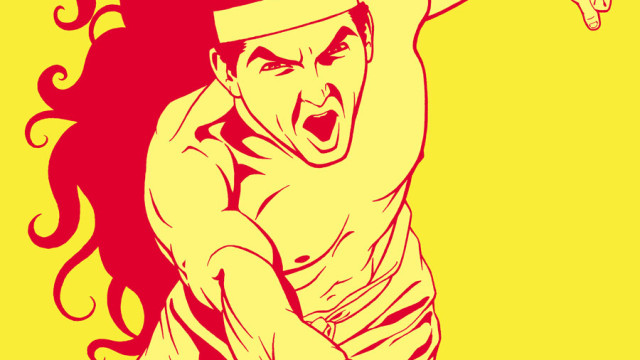 So … it has been a while. When I started writing The Comics Classroom back in 2013 (well … late-2013), I initially had one idea – combine the power of the graphic novel with education. What did that mean? How was I going to accomplish it? I had some tentative ideas and, so far, I have been fortunate to have fleshed out quite a few of them. Still, so very, very much remains. Meanwhile, as I pondered all kinds of cool things to talk about, life went on. I got engaged, I was fortunate enough to have changed jobs from one University department to another, I have more responsibilities and I also have more creative freedom to perform my job.

It all piles up!

While my non comics-based goals and responsibilities have mounted, I have not forgotten where my fan-heart lies. One of the reasons I also have had such a delay in creating content is my focus on what I believe to be the coolest thing ever. I was blessed enough to be a student at a University with faculty who are not unfamiliar with comics. This has guided me to some amazing opportunities, including how I will conclude my Masters degree. 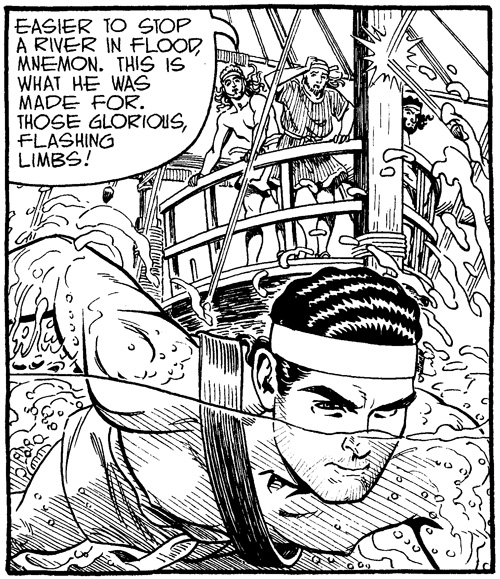 In coordination with two different departments, I will be working on an examination of how comics have been used to re-create/re-define the works of everyone’s favorite — possibly fictitious — bard, Homer! The next year of my academic life will focus on looking at the diverse works of content created by all manner of comic creators who have sought to re-tell The Iliad and The Odyssey. These two works are among my all-time favorites and I was approved for research to examine how comics tackle these texts in detail.

My main agenda is this: I will have ‘dominant’ texts/comics that will act as a main focus. These texts will be approved translations of The Iliad and The Odyssey. These editions will be using the translation by Stephen Mitchell, both of which are amazing. When I cite or examine phrases or descriptions from the primary stories themselves, these are the books I will use.

As for the comics? I was shocked a few years ago when I found the series Age of Bronze by Eric Shanower. His work is incredibly realistic, immaculately detailed, and (best of all) it strives to follow as close to history as possible. He also does something I am not aware any other Homer-fan has ever tried to do. His comic combines multiple ‘Troy-based’ stories into one big tale.

How does this work? First, the story of the Trojan War as most people read it (i.e. in high school) mainly covers the final year of the multi-year war. When you read The Iliad you are basically reading The Return of the (Greek!) Jedi. There are multiple plots, characters, and events which precede the fall of Troy. Other authors across time have also added their own tales to the plot of Homer’s biggest yarn, particularly Shakespeare! One of his lesser-known plays, Trolius and Cressida, takes place during the backdrop of the Trojan War and so, Shanower combines those characters into the Age of Bronze comics.

Finally, Shanower’s comic includes no overt use of magic nor does it depict the Greek gods. This is a huge factor since the primary texts have gods and godly machinations all over the place. I will contrast this aspect of Shanower’s comic with other comics, ones like the amazing books put out by the Marvel Classics series. The Marvel Classics series has multiple comics which cover various parts of the Trojan War, but unlike Shanower’s comic, these titles have stunning depictions of the gods and their manipulation of human affairs. These Classics comics, when held against the Shanower comics, will create a fascinating way of exploring how and why comic creators do what they do when they decide to re-tell Homer.

This research will be intense, it will cover many different comics, and it (should) prove to be the most challenging thing I have ever worked on. Ever.

So, while I perform this literary juggling act, I will share my progress! I am going to turn my research into an on-going project for The Comics Classroom, thus allowing me to put my money where my mouth is.

If you have a vested interest in seeing how comics can really be put to use in academia? Buckle-up!

If you ever wanted to examine the same story from different POVs? Make sure your tray-tables are in their full and up-right positions, scholars. (Okay, so maybe this isn’t as fascinating as I might be making it out to be.).

This project will attempt to consist of a primary article, one like most of my other column postings. I will talk about some particular comic, character, point, etc… Unlike my other column postings, however, I will try my best to also provide a reading list of my academic sources, as well as (briefly) explaining why a text is or is not important, who wrote it, and why I am using it. This will cover quite a lot of comic-based works, works like Scott McCloud’s amazing Understanding Comics: The Invisible Art and many, many more. I hope this annotated comic bibliography will let you discover for yourself what kinds of academic content exists for comics and what I am getting out if them. In turn, I hope this prompts you to look into these texts yourself, to make new connections between your comic hobbies and your real world, and to just get a bigger picture of how important comics are.

This will be a lot of fun and I hope the content that I put forth is so amazing it, uh, makes up for the last couple of months while I have been away. Between my Homer-centric posts I will also be able to continue creating content to explore all these other amazing ideas I still have in my mind. I hope they, like my previous topics, continue to entertain and educate in equal measure.