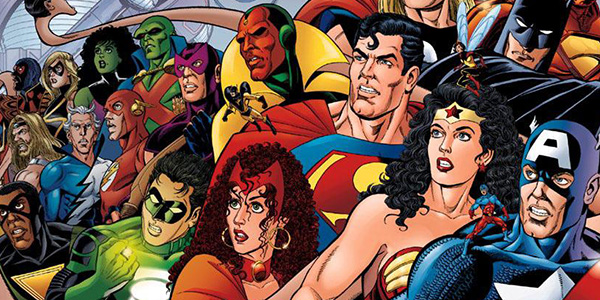 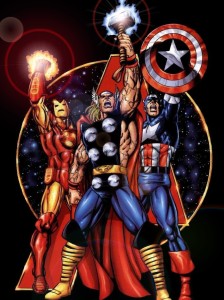 These two franchise hero teams have long been among the most iconic and memorable of superhero team line-ups. Even before these comic groups were linked to potential (or realized) billion dollar film/merchandise tie-in options, they were famous for introducing countless children and teens to comic books.

What is their appeal? Why do heroic teams strike such a chord with us as fans of the genre, as well as with TV/Movie-goers as a whole? I believe, as an entertainment-ingesting society who takes in media for entertainment, we have been captivated by group tales because of their simplicity – multiple men/women come together and accomplish a set goal and/or they withstand changes to their society.

For example, The Book of Judges from the Bible is possibly among its more amazing sections, as it connects various heroes of the Israelites through their experiences fighting the enemies of their people. Deborah, Samson, and Gideon are among the more iconic of the biblical heroes — women and men with certain qualities that exist in our current age of superheroes, even today. 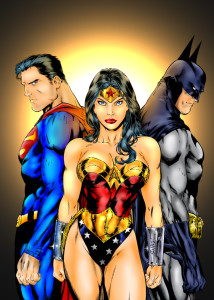 Still, if there is one disconnect between a work like The Book of Judges and Justice League, it is that Deborah, Samson, and Gideon (and the rest) don’t actually interact. Their stories could be seen to play out across time, but their characters do not form their own biblical fellowship to go and fight Philistines and the minions of Ba’al while meeting up for drinks afterwards.

So, moving further ahead in time — to the genuine dawn of what will result in our modern reader-aware-media-culture — we come to the period of the middle of the 19th century, approximately 1844. Within about only fifty years, the 20th century will officially kick off, but the Western society is still in the final phases of the Old World: a world of emperors, knights, nobility, and the actions of the few effecting many, many more. While the American Revolution had indeed only happened one generation before, the lingering fires of the French Revolution had still not quite gone out.

France in 1844 was seeing the final reign of its last king, Louis Philippe I, a ruler who would actually only retain said royal title for another four years before abdicating the throne. In a sense, the end of the reign of King Louis Phillipe I was the last vestiges of the efforts of the revolutionaries to undo the monarchy of France and birth a new, modern France. It would also be in 1844 that author Alexandre Dumas would unleash one of the greatest hero teams on the literary world – The Three Musketeers. 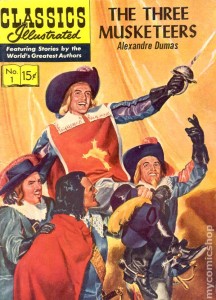 The Three Musketeers is one of the most famous literary works in the world and it certainly also has some of the most amazing main characters ever set down into fiction (although, since Dumas based the characters off actual members of the Musketeers of the Guard, it is fun to imagine, fancifully, how many adventures the actual Athos, Porthos, and Aramis could have really had).

Dumas set his heroes in the dangerous time of France in the 16th century. The story of the Three Musketeers is set when that nation is under the reign of King Louis XIII and such larger-than-life characters as Cardinal Richelieu, Anne of Austria, and fictionalizations of men like John Felton are characters. While obviously there can be no comparison of King Louis XIII to Superman (although Richelieu as Lex Luthor is amusing), the idea of Dumas presenting his fictional universe amidst the remnants of the older world is something comics have done for ages. Further, the serialization format of The Three Musketeers as released publically is a model that comics would follow in generations to come. Dumas wrote for a literate, entertainment-savvy audience, and he gave them that they wanted – adventure! The roots of comics like The Avengers or The Justice Society were heavily based as well in fictional, serialized adventures that captivated readers.

So why mention the work of The Three Musketeers? Because (to this writer’s knowledge) it is the first serialized fictional of a team of men who are a part of a society that is out to protect the innocent and uphold justice. One of the more honorable mentions I could think of would be the Knights of King Arthur (and their adventures are actually a little more in line with certain avenues of comics, ie: magic, wizards, sword, etc.), but one thing sets The Three Musketeers apart – an initiation story. 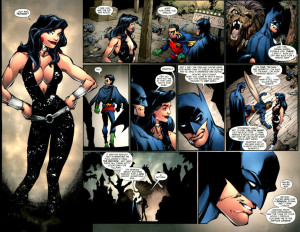 One of the more fascinating things about what team comic books have become is that they eventually become initiation titles, books about new generations of heroes trying to fit into the established framework of the “older” heroes. This the basis for many, many heroes in both the DC and Marvel histories, with characters like Spider-Man being told to spend the day fighting the Hulk so he can pass the Avengers’ silly “tests,” or when members of the Teen Titans “graduate” to join the official Justice League as Dick Grayson once did. The initiation of d’Artagnan into the Musketeers, a prestigious group of renowned soldiers founded in 1622, is another such rite of passage. While in the setting of the story the Musketeers are not “old,” their reputations precede them. They all serve the common good of justice and honor. This model would become the literary standard for groups like the Teen Titans growing into Justice League members, rouge heroes joining the Avengers, or young mutants forming (countless!) X-Men factions, sub-divisions, and contemporary teams.

Next, the Musketeers repeatedly returned to adventures in their serialized formats. After the initial printing of Les Trois Mousquetaire, Dumas would go on to write Twenty Years After and The Vicomte de Bragelonne (or, as some might know it, the work that contains The Man in the Iron Mask). The publication of more adventures of these knightly-class warriors further cements their legacy as a group, not as individual heroes alone. 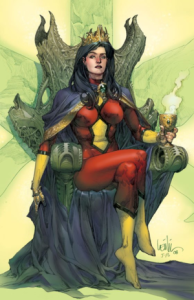 It should also be noted that the plot of The Man in the Iron Mask is purely heroic, almost super heroic. The Musketeers engage in their final, legendary battle against the forces that would seek to use imposter kings and shifting alliances to undo the peace of the kingdom. Even the nature of some characters’ deaths is the epitome of heroic action that comic books would walk in the shadow of for ages. Imposter characters, twin-brothers, and wars fought over successions would make up so many comic plots that they could never all be listed here, but if you must read just one series that captures some of this? Check out the Dark Reign era of Marvel Comics post-Secret Invasion, particularly where the exploits of Spider-Woman are concerned. The character had suffered a series of emotional/physical traumas concerning her double-agent lifestyle on one hand, and then was replaced by a Skrull agent. Her efforts to join up with the New Avengers leads to her not only confronting the issue of her own identity-crisis, but also in helping the New Avengers defeat their own evil doppelgangers assembled by Norman Osborn. Osborn, grown into a classic villain himself, takes on a rather Aramis-level of villainy by manipulating characters around him to promote his ascent to higher and higher levels of control over the world, H.A.M.M.E.R and other groups.

While The Three Musketeers is likely not the first serialized work to capture the exploits of a group of heroes, the impact that such serialized adventure stories had on comics as a medium is obvious. Literature has always followed certain printing and story-formats as trends in the media have changed, but at times it is fun to think that the same spirit of team-work and adventure found in works like The Three Musketeers is the same as the kind found in The Avengers, Justice Society of America, or Justice League.