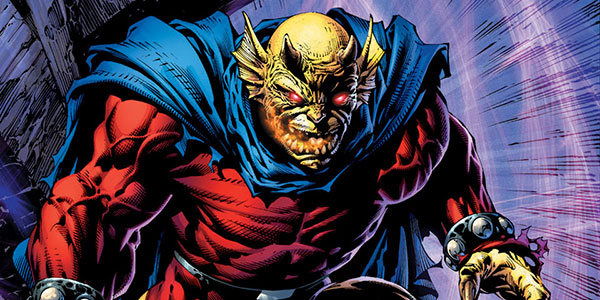 Few names in the field of magic and mysticism perhaps send as many shivers up the spine as Merlin. As a literary figure, Merlin has a few possible points of textual origin, chiefly that of Myrddin Emrys (although this spelling as multiple variations). Looking back on Myrddin, before Monmouth or de Troyes got to him, we can see many things that point to a shamanic wise-man – he was driven mad after a battle, lived/co-existed with nature afterwards, and then foretold his own death. These elements are a part of a Welsh mythos, but these ‘ingredients’ for what makes the foundational Merlin character magical are universal.  As ‘Merlin’ continued to have his story evolve (specifically thanks to men like Geoffrey and de Boron), his power started to become more sinister, more aligned with Satan. 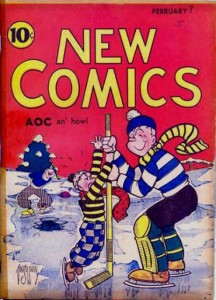 It would be the efforts of Thomas Malory, however, which would provide the lexicon of Merlin lore thanks to Le Morte d’Arthur. Within the pages of Malory’s text, readers can see the combined aspects of Merlin – his power is distinctly not Christian, he has foresight, he shape shifts, and he is an advisor character to Arthur.

So, given the varying nature of Merlin as a literary figure, what have comic books done with him? Surprisingly, Merlin has been in the pages of comics before even Superman. The first comic (from the company that would become DC Comics) to feature Merlin was New Comics #3, from 1936. This comic served as the first of a series in the adaptation of “The Tale of Sir Gareth of Orkney,” a story by Thomas Malory which appeared in Le Morte d’Arthur.

One of the better known incarnations of Merlin in DC Comics would arrive in 1972 when a comic called The Demon was released. While the publication of The Demon was fraught with difficulties for its creator, Jack Kirby, it did put forth one of the more interesting plays on Arthurian lore in the DC Universe.  In the lore of the DC Universe, we have a Merlin who is legitimately the son of a powerful demon, Belial. The idea of Merlin sharing demonic blood plays up the lore built around him by men like de Boron, but Kirby goes one step further. We are then introduced to the demon Etrigan, possibly one of the more bizarre of Kirby’s creations as he can only speak in rhyme.  The lore of Etrigan and Merlin is also bound up in the mythos of Morgan le Fey, the femme-fatale sorceress mentioned back in Practitioners of the Bizarre Part 1. 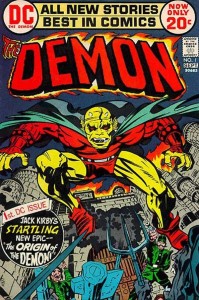 Few female characters are as infamous as Morgan, partly because of her gender (in the time of her existence as a literary character, women with such power who did not serve men could be seen as “dangerous”) and also because of her share of inconsistent writing. One minute she is the rival of Merlin and another she is Arthur’s family, a woman who would heal and tend to wounds. Like Merlin, her character suffers from inconsistent phasing between generations and shifting pre-Christian and Christian value systems. Jack Kirby however cast her as the penultimate villain for Merlin, Etrigan, Camelot, and all the DC Universe.  It is this utterly evil incarnation of Morgan that Kirby uses to propel the story of Merlin, Etrigan, and the knight Jason Blood. Because of Morgan, Merlin tries to decipher power from Etrigan but, as he does not have time, the demon is bonded to Jason Blood.

Etrigan and Blood form one character who has existed throughout the DC Universe,  all the while serving as a kind of anti-hero. Regardless of his allegiance with heroes or begrudgingly not hindering them, Merlin is always in the creatures mind. Merlin’s legacy and power would become the foundation of many adventures for characters in the DC Universe, all while Merlin himself is absent. This role for Merlin fits with the role his character has had throughout literary history – he is a part of the story, but not the star. 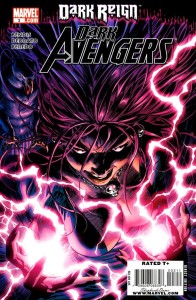 While Merlin would be used more by DC Comics than Marvel, Morgan le Fey would appear again as a villain in the latter’s pages. Unlike DC Comics, Marvel used the le Fey aspect of her name in its literal sense, connecting Morgan to the race of elves so she could have both magic and immortality. Morgan has been a foil for characters who appeared as early as 1955 (against the Black Knight) and as recently as 2010 (battling the Dark Avengers). Fittingly, Morgan’s conflict with the Dark Avengers allowed her to use one of the most classical magical attunements in the characters repertoire of skills – foresight. Morgan tries to warn Norman Osborn that Victor von Doom will betray him, however Doom banishes Morgan to the past so as to not be troubled by her petty assaults.

While many aspects of Merlin and Morgan have changed, certain ones always exist – magical characters possess knowledge of things beyond that of normal men and women. Magic (in whatever form or from whatever source) is dominantly an energy that can allow the magician, witch, wizard, etc… to know their own future, or the future of others. In a meta-knowledge sense, characters like Morgan and Merlin are more like the reader of the comic. We as readers know of events that will or might transpire (perhaps because we read a comic cover or a preview) but we don’t know EXACTLY what will occur until we reach the comic page itself and see. We as readers have knowledge of the comic, even when the characters do not. While the trend of allowing comic characters to pierce the veil of their own 2D existence is rare (Grant Morrison’s Animal Man run and Deadpool are the only characters this writer is aware of ), we as readers have the dual knowledge of two worlds — our own and the comic world. And yet we constantly peer into the 2D world to see what will happen.

While many comic characters have magical arts, we as the readers will perhaps always be the ultimate practitioners of the bizarre.