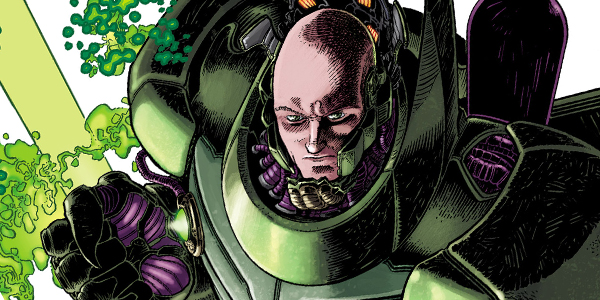 Lex Luthor: Do you know the story of Prometheus? No, of course you don’t. Prometheus was a god who stole the power of fire from the other gods and gave control of it to the mortals. In essence, he gave us technology. He gave us power.

Kitty Kowalski: So we’re stealing fire? In the Arctic?

Kitty Kowalski: Sounds great, Lex, but you’re not a god.

Lex Luthor: Gods are selfish beings who fly around in little red capes and don’t share their power with mankind. No, I don’t want to be a *god*. I just want to bring fire to the people. And … I want my cut.

Few philosophical and religious concepts beleaguer the mind of man like the idea of “evil.” While there are many views which can color the nature of what evil is or isn’t, the basic concept it as follows: there is a force or desire that causes a person (or, something non-human) to bring harm to us, either individually or as a society. Evil, in a sense, is the fear that someone or something would undo good, that our best efforts could be sabotaged, that love can be poisoned, and that society would harm rather than heal. Evil, by its implied nature in Western culture, goes against the better natures of what our souls are meant to be doing – helping man, ourselves, and our society. While these lines of good and evil become blurred in Eastern religious models (arbitrary names like ‘good’ and ‘evil’ also convolute maters in this regard), the idea that a person has a right way to live and might willingly stray from it is no less worrying in all cultures. In comics, evil takes many shapes and serves many functions.

The “Heel” And The Need For Evil 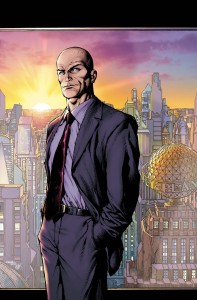 The character of Superman rather famously drew from the colors and lore of bodybuilding, primarily in his costume. The pageant-power of Superman was in his great physical strength, his colorful costume, and his role as a hero. While not directly linked with the sport of wrestling (an institution that was in severe disfavor when Superman emerged in the 30s), he might rightly be called a “Face” character.  While the concept is called by different names in Mexican/South American, British, and American wrestling, the idea is that one character called a “Face” represents the people. His role is to be cheered on by the people as he fights his opponent – the “Heel”. The comic-concept would translate to Superman’s original villains like Lex Luthor and others. Luthor’s first appearance was in 1940 and he still bears the main elements of what makes Luthor a villain today. Luthor’s evil was in his wealth, power, and political connections. From Luthor’s floating city that overshadows the world from where he plots world wars, Luthor was cast as the opposite of the more socialist/progressive-minded 40s Superman.

In 1940 the idea of a man with great power who has seized various countries and is plunging them to war (i.e. Hitler) would indeed have come across as the pre-eminent evil of the time. Luthor’s character was a Heel for the Face that Superman represented. Where Superman was strength and feats of power, Luthor was cunning and based his powers in science. The nature of the battles between the 40s Superman and Luthor was the ultimate expression of the battle between good and evil of a social scale. Superman was constantly fighting corrupt city officials, gangsters, and money-stealing individuals while Luthor uses his power to start wars, gain wealth, and exert his dominance over the world. This battle of opposed forces represented the conflicting ideas of what the Superman authors saw going on in the world, the evil of un-checked power and technological advancement that was destroying Europe, as well as the friends of the actual Jewish-American authors who wrote for Action Comics. The actions of the Germans in World War II provided the context for a host of comic villains who could become punching-bags for the comic stars which were then cheered on by kids across America. 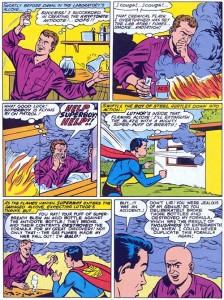 Returning to the Face/Heel angle: The concept of the Face and the Heel is older than comics of wrestling, at least their archetypes are. In terms of human history perhaps the oldest Face and Heel concept can be found in the dualistic religion of Zoroastrianism. According the religion’s beliefs, the opposing forces of Ahura Mazda and Angra Mainyu existed in balance, yet one always sought the destruction of the other. Ahura Mazda, an entity representing Light and Wisdom, was opposed by Angra Mainyu, the spirit of destruction. While some texts attribute the terminology of these spirits to perhaps be more than external dualistic entities, the imagery is universal. The idea of one side representing creation and the other destruction is one that pre-dates civilization, however it has existed well into our written and oral history alike.

Men love to cheer on heroes, the figures who will build up society, whereas they oppose and combat those who would tear society down. Regardless of if you’re cheering on civil engineers, upstanding politicians, Superman, or Ahura Mazda, we love heroes and we love to see them win. In those battles, we can project our hopes and dreams onto the battle. Those heroes are fighting for our values and beliefs.

However, this makes the idea of the villain, and by extension the idea of evil, all the more frightening, even alien. Luthor represents human interests, however they are a mirror reflection of the heroic Superman-ideal. Luthor becomes a symbol for what is wrong in the world; Superman’s desire to help and protect mankind stems from the idea that something causes the worlds problems, right? Luthor fills that need. 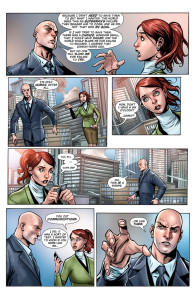 Despite all his technological tools and wealth, Luthor is still human. Human agents of evil can be understood for their humanity by readers. We can empathize with them, at least to a degree. What man has not wanted wealth, or power, or the ability to control his own destiny? Characters like Luthor were outlets for real men to expose real evil in the world. Superman and Luthor’s battles may have been fictional, but the Second World War that the characters stood in for was as real a philosophical and cultural wrestling match as any battle between Ahura Mazda and Angra Mainyu.

Lex Luthor began as a symbol of man’s best skills put to their worst. He embodied, above all, a covetous desire for power and fortune. While it not a direct connection, this battle is a very old, very human one. More modern scholars of myth might create connections between Superman and Luthor and the Knight and the Dragon. One is a valiant hero who battles a greedy, monstrous blight upon the land. Like dragons of myth, Luthor’s greed and desire for power over all he surveyed has become legendary. If we are not framing Luthor as a Hitler/Dictator character in the 40s then we are re-casting him as a corrupt businessman in the 80s. Regardless of if we shape greed into a dragon, Lex Luthor, or anything else, we acknowledge the human conflict between doing what is right for society and doing what is right for ourselves at the expense of others. Luthor and Superman have merely been two shapes of Good and Evil, but some argue it is Luthor’s humanity which makes him the worst kind of villain, that his brand of evil is the most vile as it is nothing more than a man who would so willfully harm his fellow men.

Next time: Darkseid and Cosmic Evil