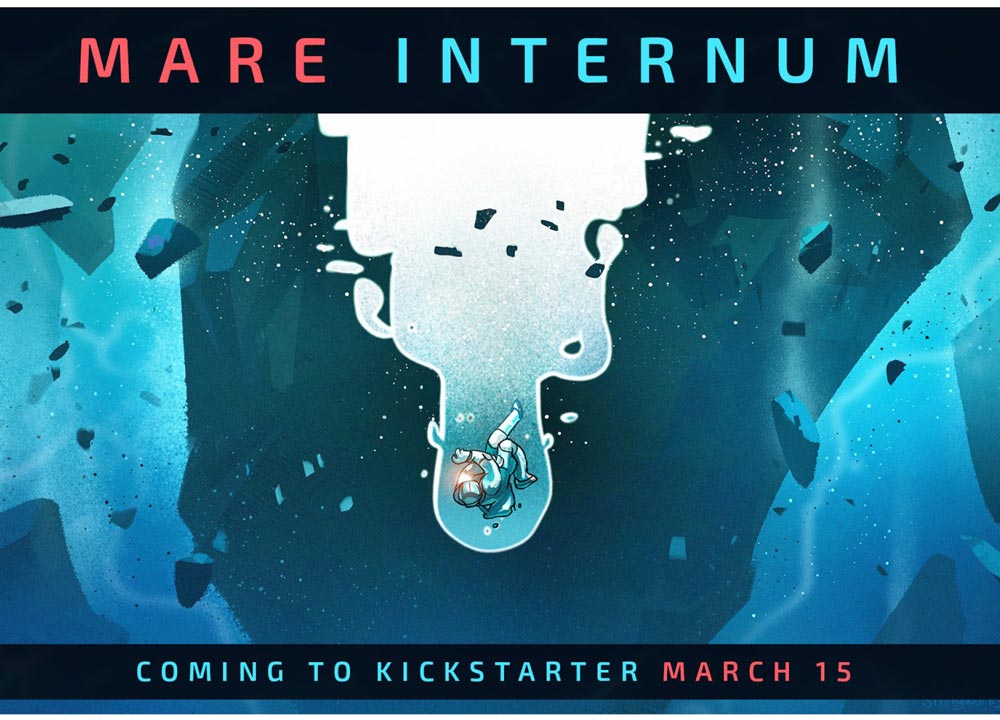 Der-shing Helmer’s very first crowdfunded comic, The Meek Vol 1 , raised an incredible $116,000 in funding from over 2,000 backers in 2016. And on March 15, they launched a Kickstarter campaign to fund their second indie comic title, the complete award-winning subterranean Martian sci-fi comic Mare Internum, as the 250+ paged webcomic will be concluding its 3.5-year run in April at its website www.marecomic.com.

Mare Internum is a mind-bending science fiction tale set on Mars during the early days of exploration, and plumbs the depths of the planet as well as the minds of two scientists trapped within it. Michael Fisher, a disgraced American geologist struggling with depression and suicidal ideation, takes his new colleague, Nigerian entomologist Bex Egunsola, on one last trip to the lava tube field of the ancient shield volcano Ascraeus Mons.

When the floor of the lava tube suddenly collapses beneath them, they are plunged into an cavernous time-capsule of days long past—and they are not alone. Isolated from one another and at the mercy of an intelligent and antagonistic ocean, the two scientists struggle to understand each other’s differences well enough to join forces and escape from their own internal sea.

The comic’s scientific premises—lava-tube colonies, low-gravity survey drones, and even the potential presence of geothermally heated subsurface liquid water—are based on the emerging research and a bit of informed extrapolation. The idea of Martian life trapped in a stony time capsule is currently purely speculative, but who knows what the future holds? 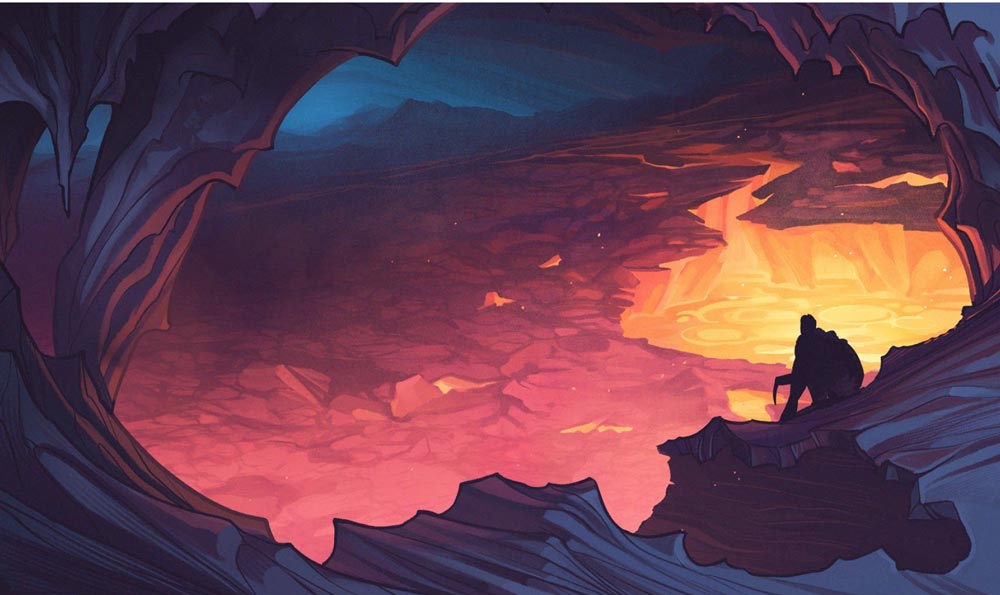 This comic also explores themes of depression and mental illness. One protagonist is an accomplished and scarred survivor of child sexual abuse, and the other is a mother who suffered from postpartum depression and abandoned her children on Earth in favor of her career. Both characters face complicated situations, and with the reader, must learn to confront their assumptions towards each other in order to escape from darkness. The story partially retells the author’s own struggle with mental illness, and aims to illustrate to readers that developing empathy towards others and the self is a difficult but necessary journey.

This comic is the winner of the 2017 DINKy award for Best Webcomic as well as the 2018 EiW awards for Best Sci-fi Webcomic and Best Webcomic Art. Der-shing Helmer is an Ignatz-award winning self-taught artist, science educator, and biologist alumni of UC Berkeley. After several years working in the game industry, they left to pursue a sustainable career in telling their own stories. Shingworks comics are now fully-funded by Patrons from around the world.

Der-shing works mostly in the science-fantasy genre and currently creates two webcomics full-time: The Meek and Mare Internum. Their personal website can be found at www.shingworks.com.