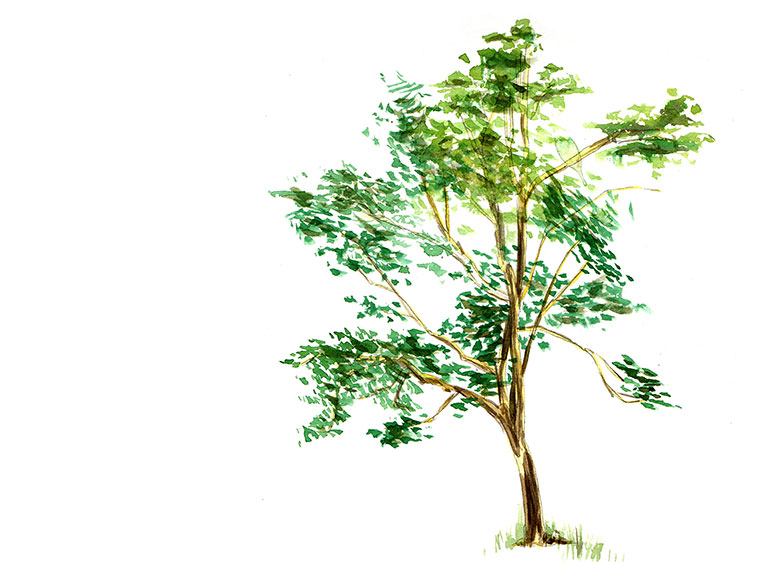 When we analyze comics, it is very common to find emphasis on the sequential aspect of the comic’s language. As if the continuity of images in a certain order could be the most significant quality of comics.

Despite that, it is a reality that the images in a certain order have the capacity to represent actions through time. One of the most significant characteristics of comics is the synergy of images and words to express meaning. Nowadays, we have an enormous variety of comics that have questioned the definition of what we usually have named as comics. Therefore, what is interesting to explore is how images and words can create a confluence in which both, as a unit, have the capacity to articulate meaning. 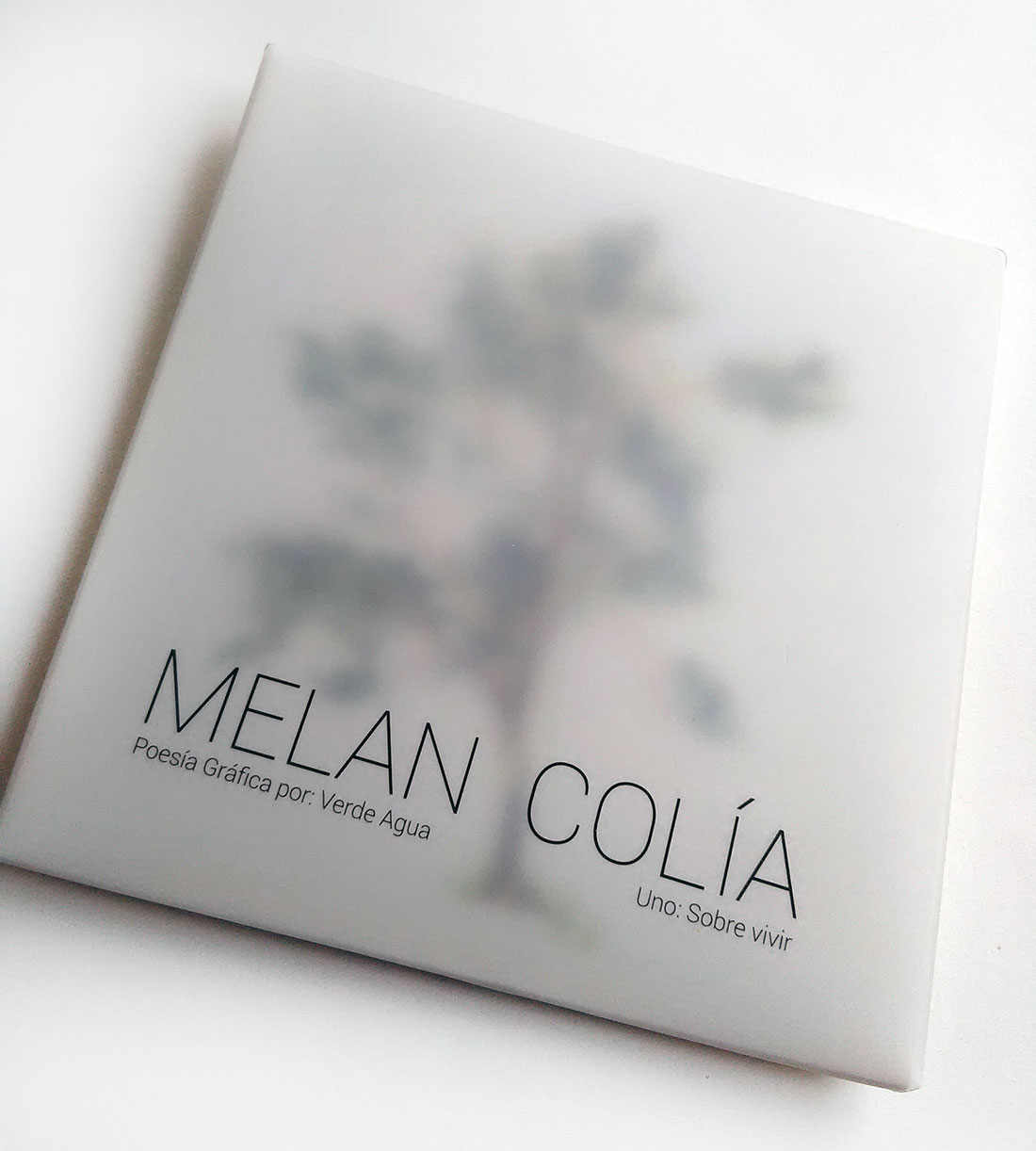 On the international graphic narrative’s scenario, we have several artists who are expanding the expressive possibilities of comics and creating works which main goal is not just to tell a story, but rather to cause a reaction on the reader and one of them is the Mexican artist self-named Verde agua.

Verde agua is a Mexican artist, poet, and editor who has become in one of the most interesting voices in the national graphic narrative’s scene. He was a winner in the 24 Heures Bande dessinée in 2018, a contest that took place in Mexico City and in Angouleme, during the Angouleme Bande dessinée Festival, in which the artists must create a story of 24 pages in 24 hours. Furthermore, he is the editor of the independent comic magazine, La monada, which is an anthology of different comic book artists and he has been publishing comics from the last years. His technique is a noteworthy combination of ink and watercolour in which every line has an intention and a special significance. 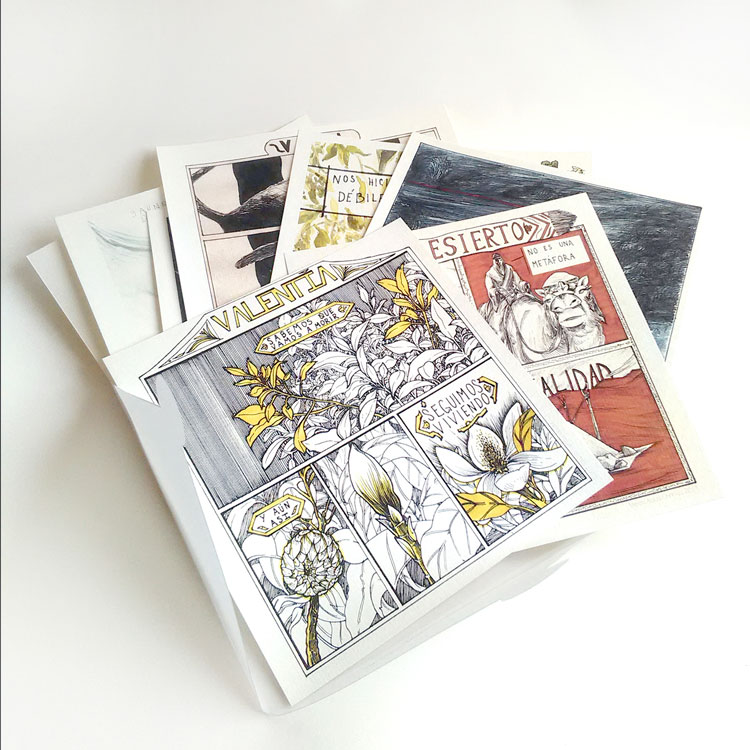 One of the most relevant characteristics of his work is a notoriety interest for exploration. The collection of graphic poems called Melancolía, one of his latest works, shows his interest on visual experimentation. Melancolía is series of graphic poems printed on biodegradable paper, a symbolic device that recalls the brief and evanescent aspect of life itself, that explore the fugacity of life and the beauty of the ephemeral. 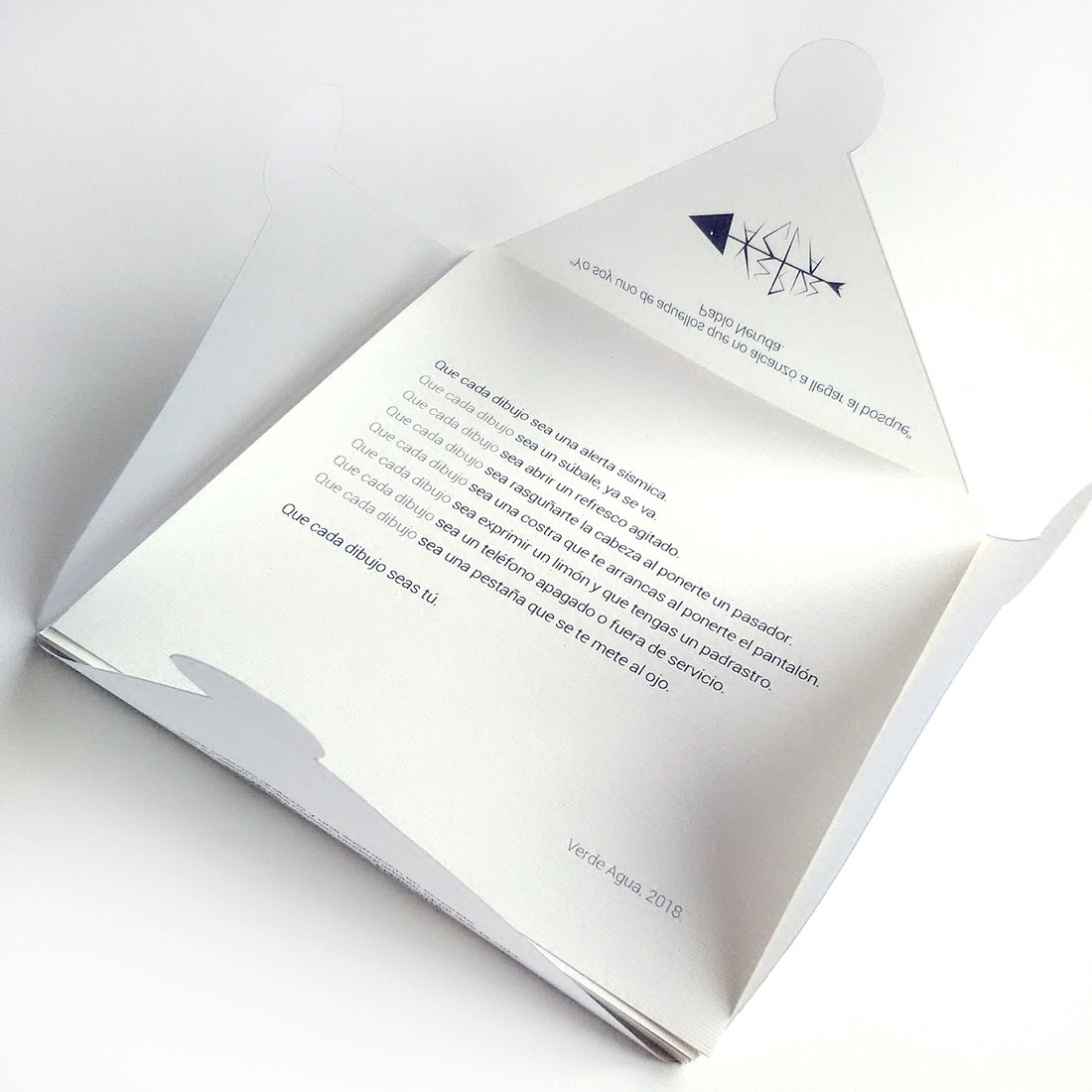 The first volume of the serie Melancolia was self-published in January 2018 with only 100 copies, which emphasizes its uniqueness and the concept that they are limited — an object to collect and guard, as a good memory or a beautiful experience. Later, two other volumes were published sharing the characteristics of its predecessor. Every volume has a collection of graphic poems printed on individual sheets.

Every image, contained on this collection, goes with a verse that speaks about the experience of been alive. Each image represents an instant, a moment of stillness in which the time stops to offer the possibility of enjoyment. By a special use of the visual space, Verde agua offers a moment of peace and calmness in a saturated world and possibility to discover beauty even in the most temporary manifestations of life. 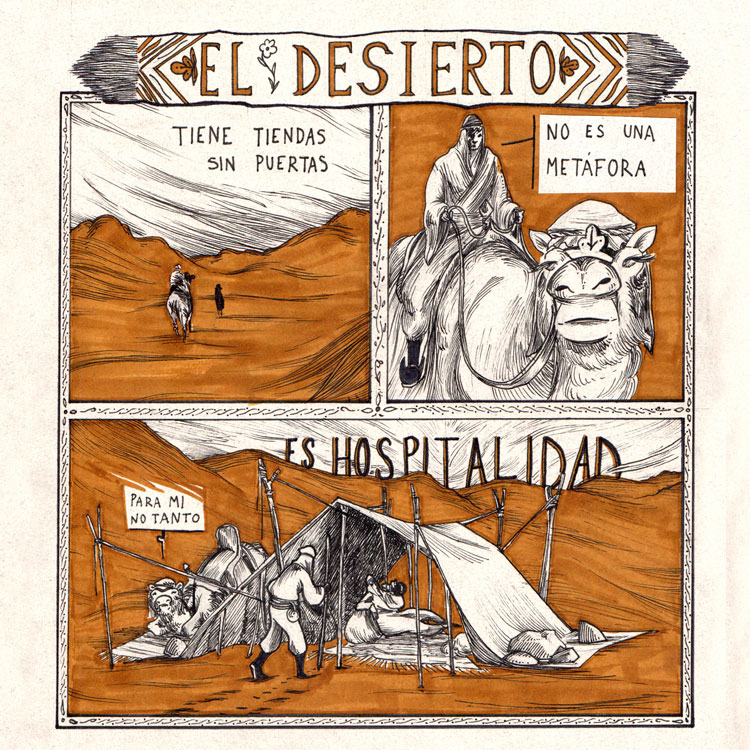 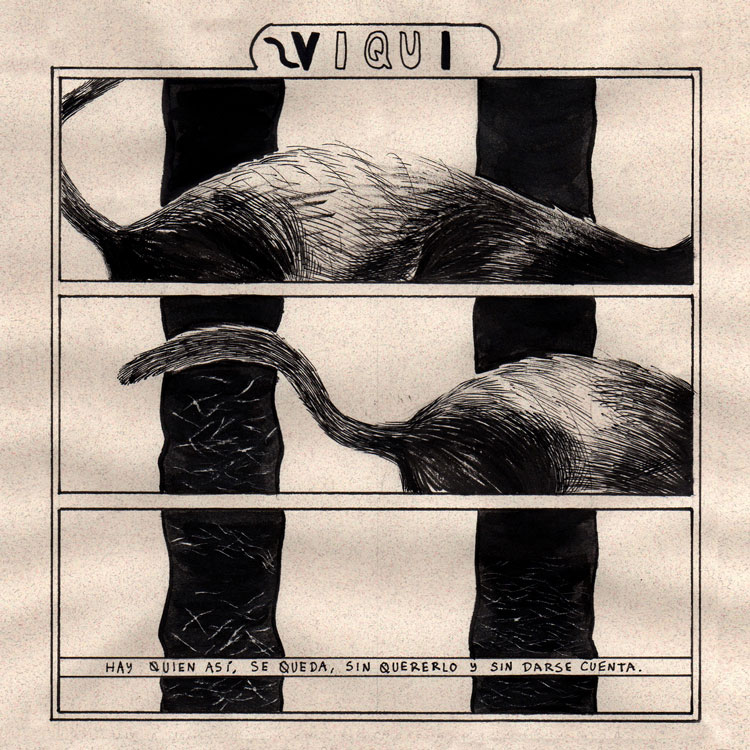 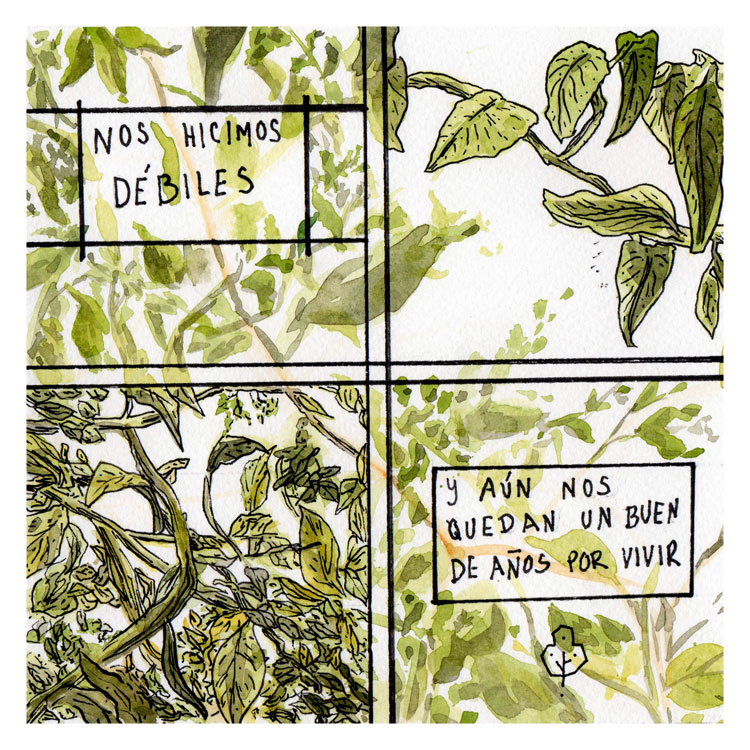