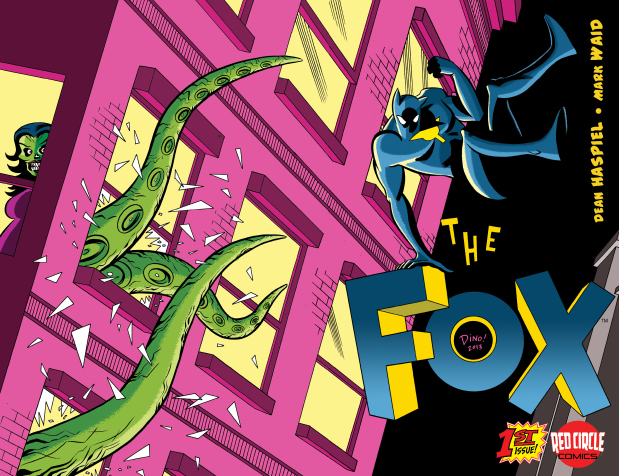 Archie Comics has announced a first print sell-out for The Fox. 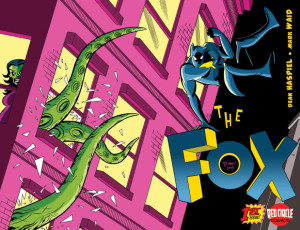 NEW YORK – October 30, 2013 – Red Circle Comics is proud to announce that The Fox #1 has SOLD OUT of its 1st print run from Diamond Comics Distributors as of 10am this morning. The highly anticipated debut issue of the series is by Emmy Award winning writer/artist Dean Haspiel (Billy Dogma, HBO’s Bored To Death) with words by Eisner Award winning writerMark Waid (Daredevil, Thrillbent), their first collaboration together.

Critics agree: The Fox is a smash hit!

“THE FOX is a fantastically fun roller coaster ride… check this great comic out for yourself. Go have fun!” – Ain’t It Cool News

“The Fox #1 is a delightfully fun, throwback comic well-suited to eyes of both new and lapsed comic book readers” – Comic Book Resources

“The Fox #1 is a rollicking first issue… Waid and Haspiel rise to the challenge, creating a fun, refreshing book that I’m eager to see continue to grow and evolve.” – Nerdist

“The Fox #1 by Dean Haspiel and Mark Waid is an awesome comic that packs more fun and action per page than you can believe!” – Den of Geek

The Fox follows the lead of the mega successful Afterlife With Archie, which sold out in less than 5 hours of release, continuing the publisher’s successful streak of releasing select TEEN+ comics exclusively to comic shops. A 2nd printing is in the works with details forthcoming.

In addition to the stellar creative team, Red Circle Comics has enlisted today’s top talent to contribute cover art including such A-listers as Darwyn Cooke, Fiona Staples, Paul Pope, Mike Allred, David Mack and many more yet to be revealed. This all-star event continues when issue #2 hits 12/4 where Haspiel and Waid will be joined by more top tier talent in writer J.M. DeMatteis (Justice League 3000), and the art team of Mike Cavallaro (The Life and Times of Savior 28) and Terry Austin (Uncanny X-Men) on The Shield back-up.

You can also keep up-to-date on The Fox by following Red Circle Comics on Facebook and Twitter.
Sharing
Authors