Season change. Cons come and go. New comics are a constant. We have great spoiler filled picks to check out! Let’s get to it!

This is such a fun comic book. I really enjoy how Mark Millar thinks about his characters from the perspective of how a normal person would react to a situation. A normal person, given the ability to travel through time, wouldn’t necessarily be so concerned about the space time continuum. Instead they might use time travel to just accumulate all the $&@t they wanted and just do whatever the hell they wanted and have fun with it. Which is what happens here, to great effect. Sean Murphy is at the top of his game on art, with terrific, vivid colors from Matt Hollingsworth. It’s such a gorgeous looking book, full of astounding levels of detail, and all of Murphy’s characters have so much detail and personality. If you want a book that is pure action and fun, Chrononauts is a great read. 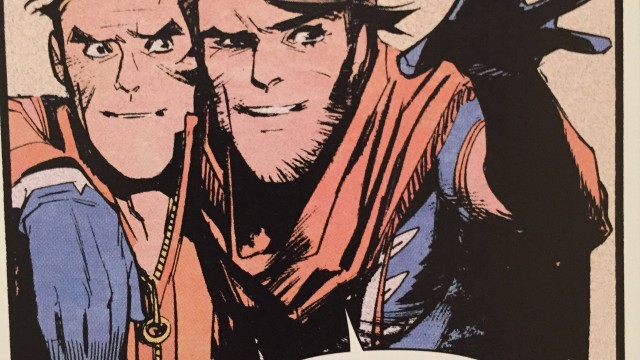 Thor is still bad ass no matter what gender! 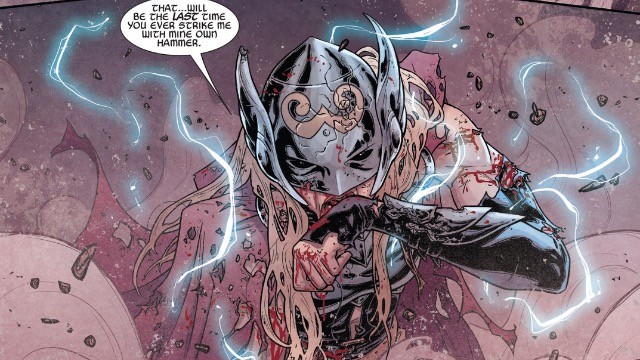 Wow, what an incredibly different take on the Bloodshot that Jeff Lemire is presenting with this new, debut issue from Valiant. What’s even more strikingly impressive to me is the incredible art from Mico Suayan’s pencils and inks, and David Baron’s colors. Here’s a panel that is not only jaw-dropping in detail, but effectively replicates a typical Friday night for myself. 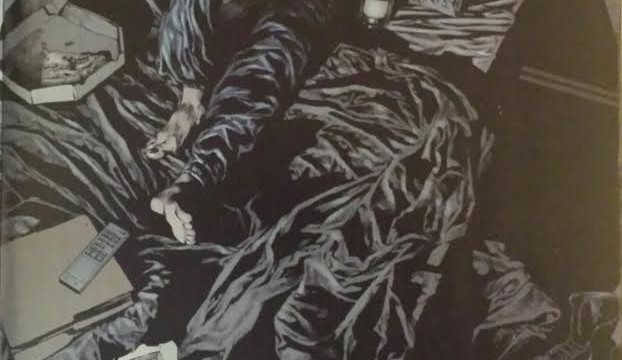 It may seem that Image is releasing a lot of science-fiction comic books lately and it’s true.  This is just the beginning of the story of a woman on the run from an authoritarian state and it looks like it’s off to a good start. Writer Jon Tsuei and ever lovin’ artist Eric Canete set the first scene of the book as a long, fast paced escape from a prison.  All set to a metronome and a woman playing a cello, the crescendo being an ocean dance with whales. 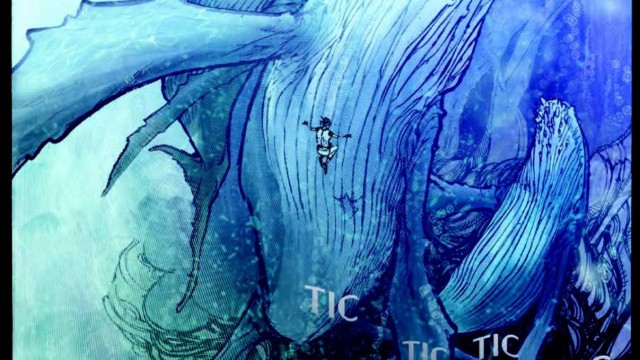 This issue was probably the first of any mainstream comic to touch upon the topic of arranged marriages and the reasons for why they occur. Amir (Kamala’s brother) explains to Bruno (Kamala’s secret admirer) why he, as a westerner, can never be accepted into their family. G Willow Wilson writes in such a way that makes it seem almost understandable why these marriages are so important to Eastern families. It is a feat I have rarely managed in my life and one that has more upset than anything else that has ever happened to me. I thank GWW for this and hope it gives an insight to anyone unfamiliar with it, whether you believe it is justified or not. 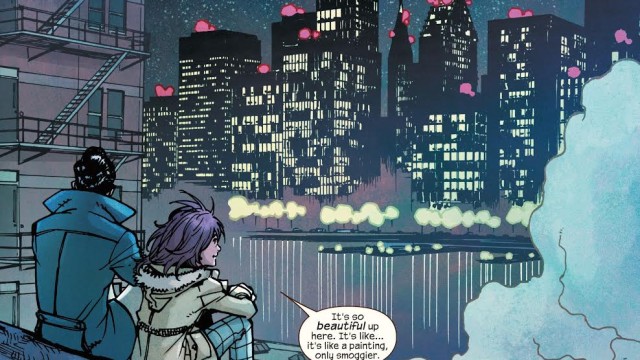 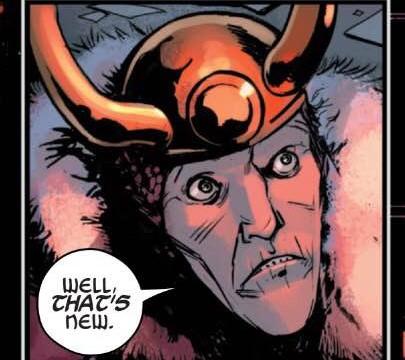