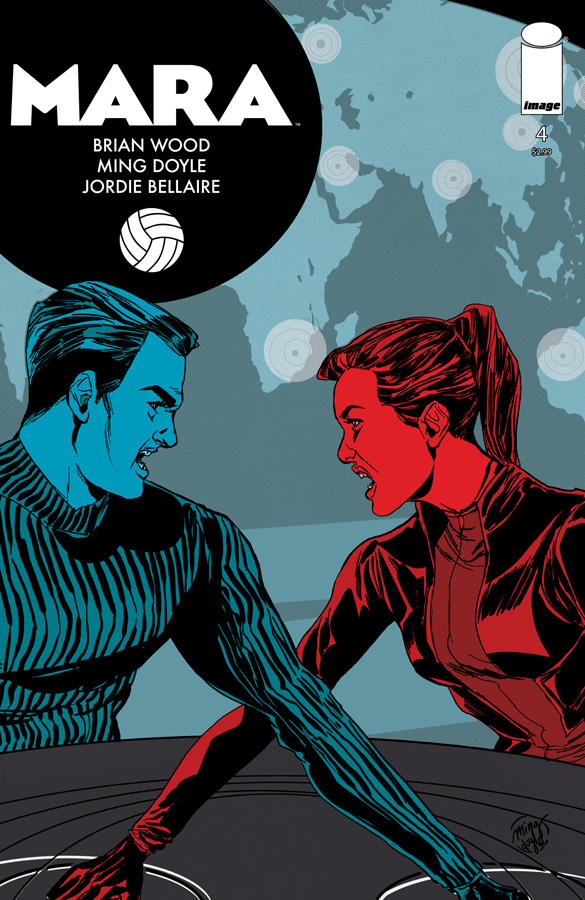 Happy Friday and welcome to the Honor Roll, focusing on 5 of the top releases from April 17, 2013! This week we have a couple of picks by Alison B. of The Hangout fame. Check out her picks (as well as mine) for the best of the week in comics: 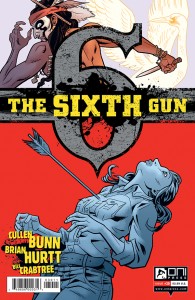 One of the strongest titles in the industry keeps rolling with issue #30. The guns are taking their toll on Becky and Drake, and more so than ever before, nobody is to be trusted. Bunn has been remarkably consistent with this title, and this past arc leading to this point has been extremely strong. This title takes twists and turns with every page, and just when you think you’ve got it sorted, just when you think this is a black-and-white situation with a straightforward fight coming, it all flips on you and the game changes. Brian Hurtt’s art in this issue is very strong, and his depiction of the spirit world is fantastic. The “regular” world is a bleak place for those who wield the guns, and the spirit world is just that much worse. This is a comic I am proud to sing the praises of month after month, it has yet to let me down. 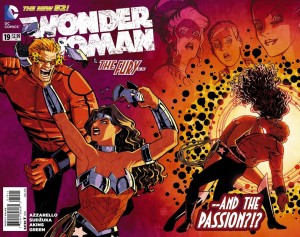 Last issue closed with a shot of Wonder Woman and her new, weird, dysfunctional family. My god, can I relate. This issue does a great job advancing characters on a micro level, and plot on the macro level. We spend a lot of time with the First Born (I don’t very much care for him), and we spend a lot of time with Diana & co. We are treated to surprises from Lennox and Hera, the latter especially. And of course, a new contender for favorite Wonder Woman moment of all time. The look on Orion’s face! I’m actually a huge fan of the idea of Diana/Orion as a semi-permanent couple. They have much more in common than her and Superman, and the dynamic is electric fun. Oh, and apparently Diana punched Orion so hard he got fugly? Disrespect the Amazing Amazon at your peril, O. Between New Genesis, Olympus and whatever crazy scheme Poseidon has planned with Hell, I know the action is about to get heavy. I appreciated the more subdued action of this issue all the more because of it.

Also: she wanted to name the baby STEVE! /feels. 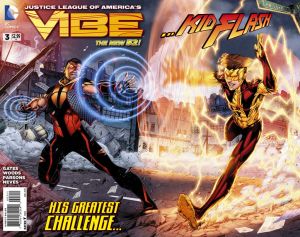 Vibe is a vibrant ray of energy in a very dark DC Universe. That isn’t a dig on DC – Marvel’s U is just as dark, but rather a statement on big two comics as a whole. There isn’t a lot of brightness shining through the bleakness of many titles, and Vibe is that much better for it. Issue #3 sees writer Sterling Gates take over the series, yet the tone doesn’t shift at all. He does a great job of keeping this book consistent, and building on the voice that has already been developed for Vibe. There are great undertones of distrust, and confusion as to what ARGUS is actually up to, and I’ve enjoyed the seeds of confusion that have been planted in the mind of our hero. He’s still an optimist, he’s still trying to do what he perceives to be right, it’s just that the lines of right and wrong are starting to blur a little. I was struck in this issue how Vibe reminds me a lot of a more naive Spider-Man: hopeful, optimistic, awkward, and at the end of the day just trying to do what is right. Pete Woods’ art is fantastic, and I believe the visuals of Vibe heavily outshine a lot of the work being created by the heavyweight artists at DC. 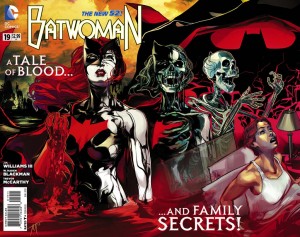 Starting with the cover, this book is stunning from front to back. I’m really enjoying the smaller scale of stories we’ve been getting since the conclusion of the Medusa mega-arc. Everything is still tied together, but feels a bit more episodic. Williams & Blackman offer some delightful glimpses into the troubled inner lives of some of our supporting cast (Cameron Chase & Maggie Sawyer). Jacob Kane’s wife demands that she be allowed to co-Alfred with him. The panel layouts themselves feed into the action, something this book does better than any other, except for maybe The Flash. And while the dramatic reveal on the last page has me giddy for the next issue, for my money the most delicious cut of meat in this book was Firehawk’s pointed questions to Batwoman regarding her place relative to her namesake. She’s got a serious case of cognitive dissonance when it comes to Batman; her face to face interactions with him have been spectacular so far (see Detective 19/900). It’s not a traditional headbutting; they don’t disagree then brawl, a trope done to death in superhero books. They accept one another’s intransigence and get out of one another’s way, simultaneously approving and disapproving of one another. I learn some new wrinkle of Kate Kane’s personality in every issue, and I can’t think of a more natural or organic way to get to know the character. 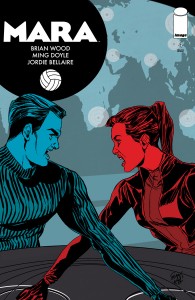 There’s only two issues left and in this six issues series and the pace is picking up dramatically. Mara is still a closed book, we don’t know what she is capable of or how she is going to change the world, but it is fascinating to see how this story is unfolding. Mara is a fantastic character and Brian Wood is making her more interesting by the panel, adding levels of depth without us ever diving into her thoughts directly. We are getting a lot more information regarding what she is capable of, but her motives are still confusing, and the mystery of this series will have me reading until the end. Ming Doyle’s art is fantastic: perfectly conveying the script Brian Wood has written and worth the price of admission in and of itself. Jordie Bellaire’s colours provide the perfect palette for this world of Mara, making it feel rich and bleak all at once. This is, quite simply, a well crafted comic by three heavyweight pros.