Superhero comics are always better with an animal sidekick. It’s a proven fact. 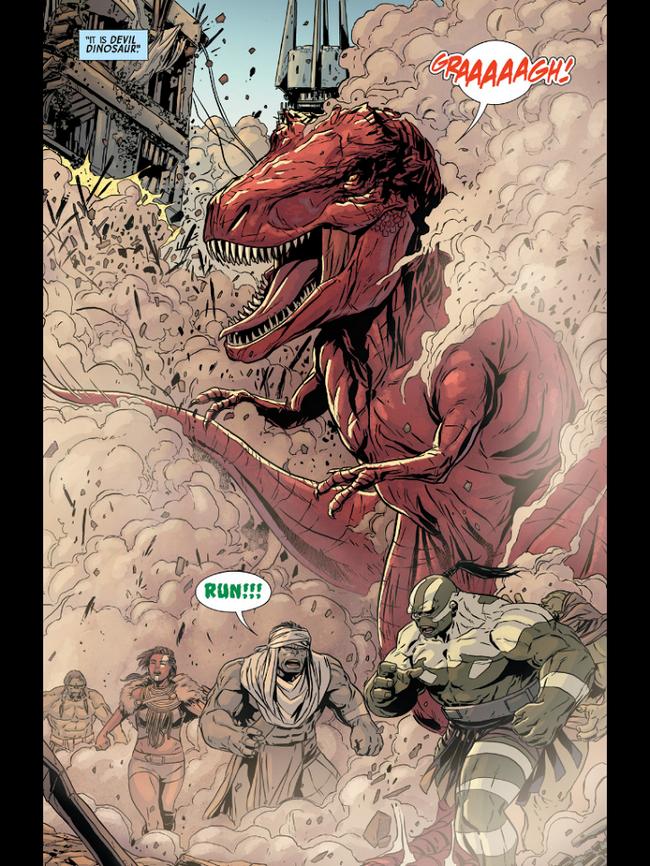 So it’s not really a panel, but holy kick ass! So glad to have another issue of Velvet. 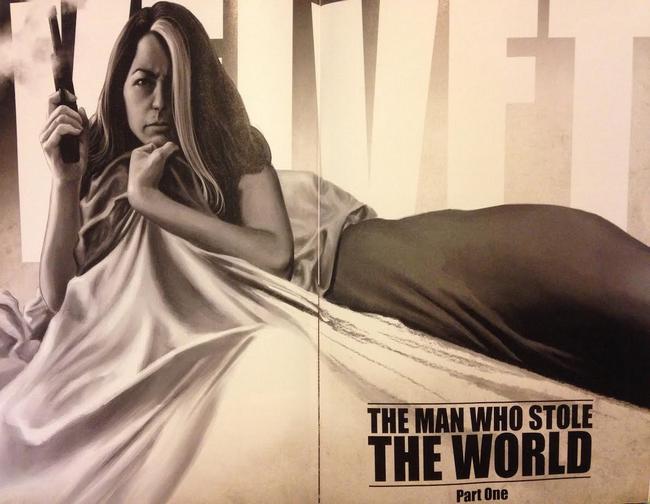 The simple egg is one of my favorite foods to cook.  In a comic book that features more over-the-top foods than this, Wood, Zezelj, and Stewart bring it all back to the basics of cooking for a loved one. 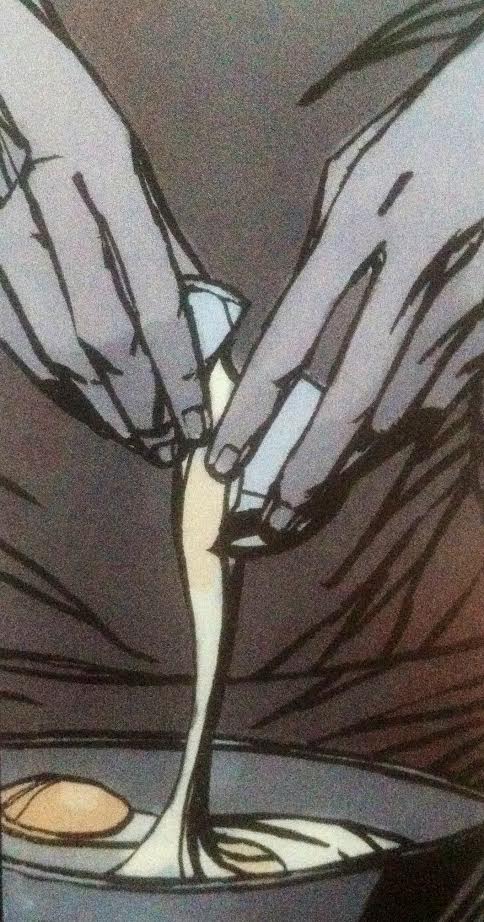 It isn’t just that I liked to see Clark bloodied and bruised but I like to see him finally being able to relate to the people around him. The almighty protector is now no longer almighty meaning he is no longer as good as a protector. Pak and Kuder have a firm grasp of that idea and really write the civilian characters well and show Superman being not so super. This is the most compelling Superman comic I have read. 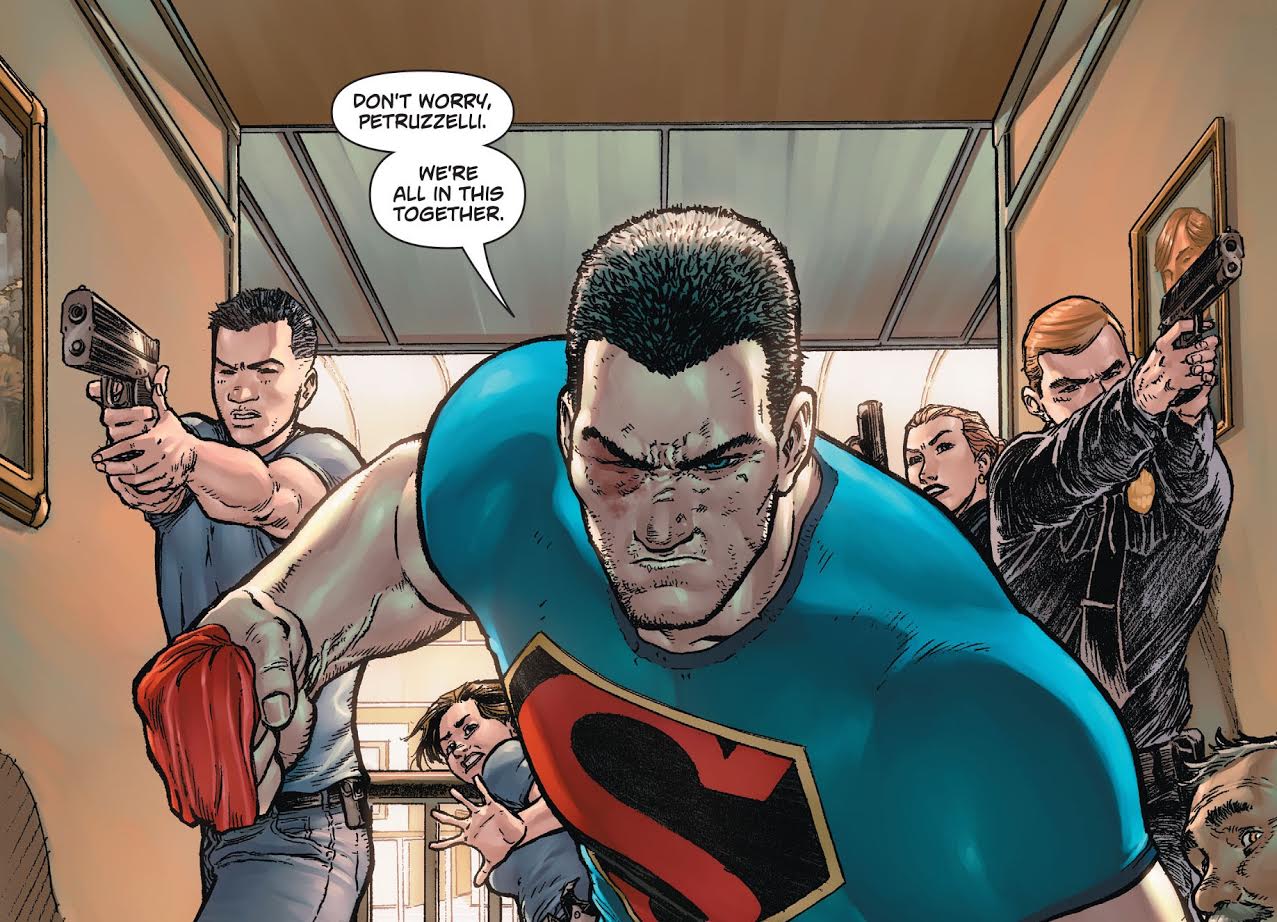 I’m a sucker for end of the world stories. 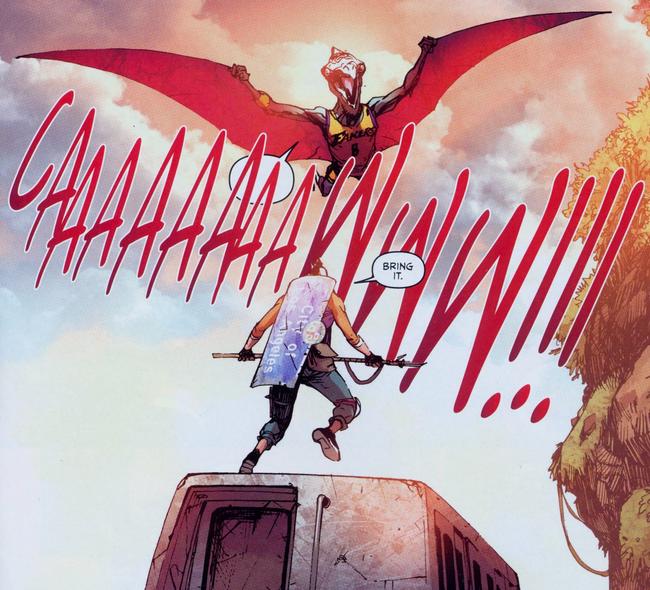