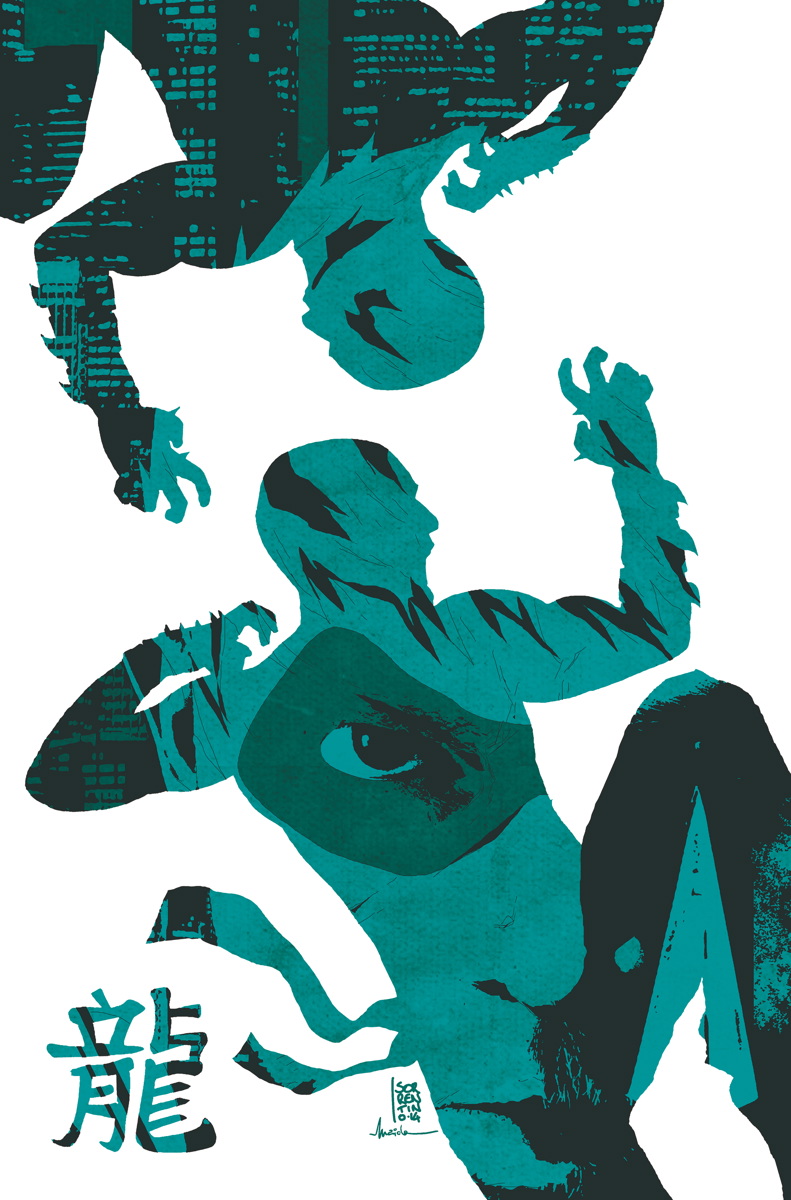 There is a lot of love this week for the comics that came out. People have some great picks for you to enjoy. Let’s get to enjoying these SPOILER-filled picks!

This goes against the rules so I guess that sort of makes me an Honor Roll rebel. (I’ve been accused of worse things!) We’re coming to a close on Lemire, Sorrentino and Maiolo’s run on Green Arrow and I’d be lying if I said I wasn’t going to miss them. That team completely rejuvenated Oliver Queen and made Green Arrow a must read series. Part of what made their run so spectacular was incredibly ridiculously awesome page layouts like these. They need to be celebrated one final time before we wave goodbye to this top notch creative team. Is that a beauty or what?

It’s a sad day indeed. When the New 52 started, Green Arrow was not one of its successes. Then Jeff Lemire, Andrea Sorrentino and Marcelo Maiolo came onto the book and comic fans went: “Holy Crap, when did this book suddenly have the right to kick ass?” In 19 issues (17 + Count Vertigo #1 + the upcoming Futures’ End: Green Arrow #1), this creative team created a magnificent foundation for Oliver Queen in this new continuity. It built a mythology, it formed a great supporting cast and, as this image shows, brings in a Arrow Family. I really hope this isn’t all washed away to introduce Felicity Smoak from Arrow.

The best DC comic currently being published is sadly coming to its end.  Jeff Lemire and Andrea Sorrentino have created their own world within the DC Universe.  They created a new mythology yet kept the core of what makes Oliver Queen such a fascinating protagonist.  Congratulations on an amazing run. 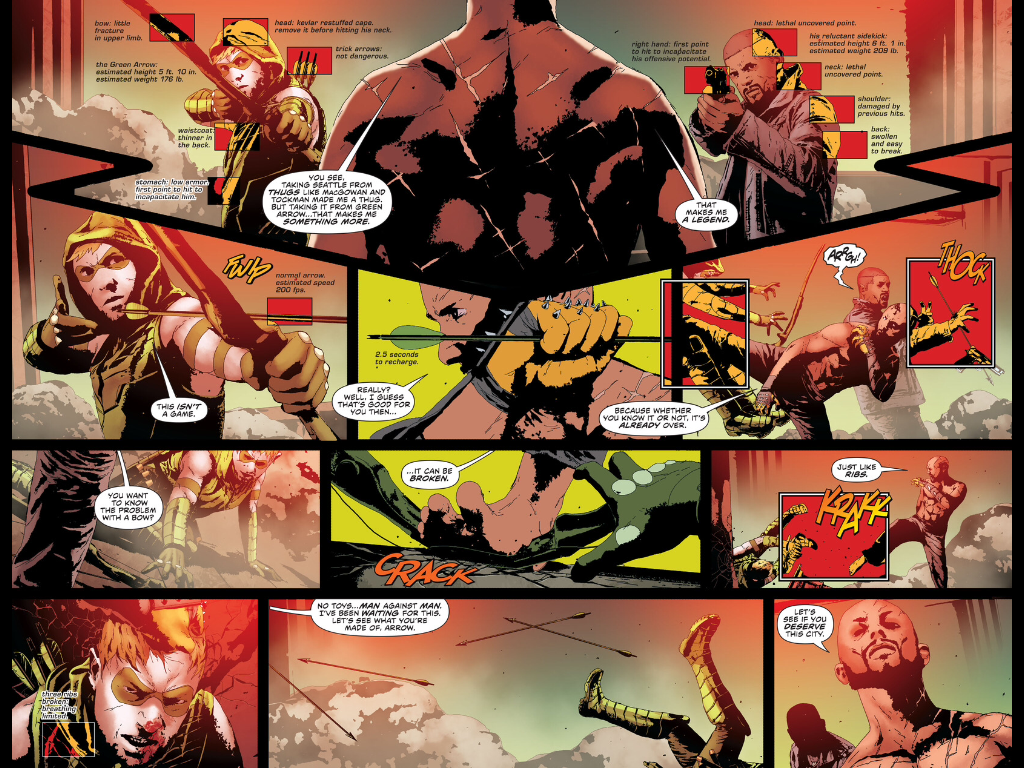 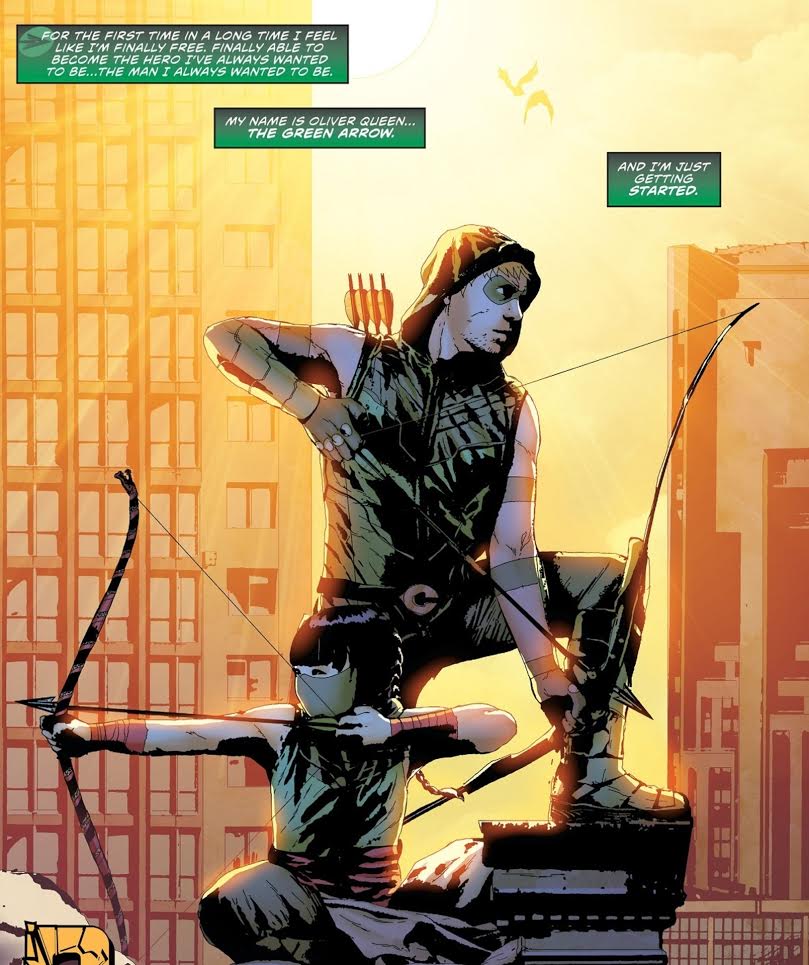 About Corey: Corey Fryia is a independent comic book creator. He loves creator-owned comics and has a very manly beard. In his home town he is known as the “Sex Panther”. You can follow him (and his manly beard) on Twitter @coreyfryia

About Ken: When he is not working at a library or on his Master’s Degree, Ken Godberson III is usually writing comics, prose and screenplays. He tends to be an expert on absolutely nothing except on why Impulse is the greatest superhero ever. He can be found on Twitter @kengodbersoniii or on Tumblr at http://kengodbersoniii.tumblr.com/

About Pete: Pete Buser is an enigma wrapped in a variant cover. Follow his mystery @petebuser

I had to go with Superior Spider-Man #32 for my Honor Roll pick this week for a few reasons: Otto ROCKS as the Superior Spider-Man, this sets up the Spider-Verse storyline, and we get glimpses at some of the other Spider-Men that will join Otto on his journey. Plus, this panel is absolutely amazing! 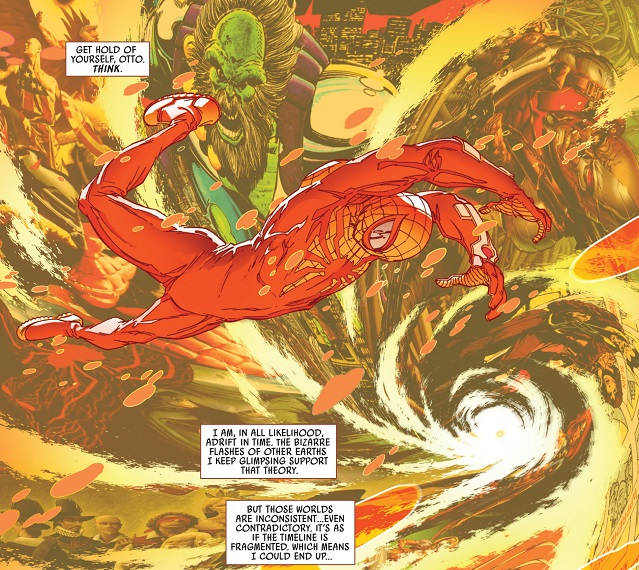 No surprise, a “True Detective” reference will always win in my book. Or at least get me to make my first Honor Roll submission in months. Plus the (spoilers) prison escape montage was hilarious. This book is FUN. Remember when comics were fun?! It’s not the most beautiful, the most poignant, the most life changing, but it stars a raccoon and a tree and dammit, it makes me smile. Sometimes that’s exactly what I’m looking for. 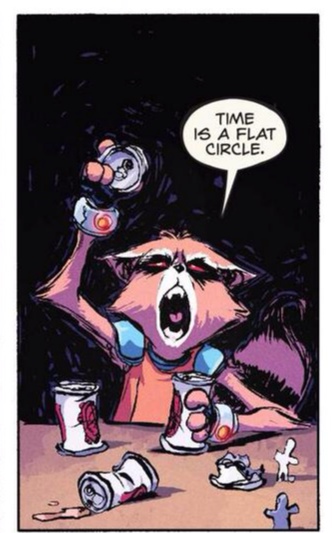 About Andrea: Andrea Shockling is one half of Comics Therapy. Find her on Twitter at @andreashock.

Will Pheesh – Though not the focus of this new series, the unexpected panel of an imagined, adult Francine in SIP Kids #1 by Terry Moore (writing, art, letters) and Steve Hamaker (colors) actually evoked Mary Jane Watson’s revelatory “Jackpot” moment for me.  That’s just me. You, however, should pick up SIP Kids because the issue is consistently hilarious and visually adorable! 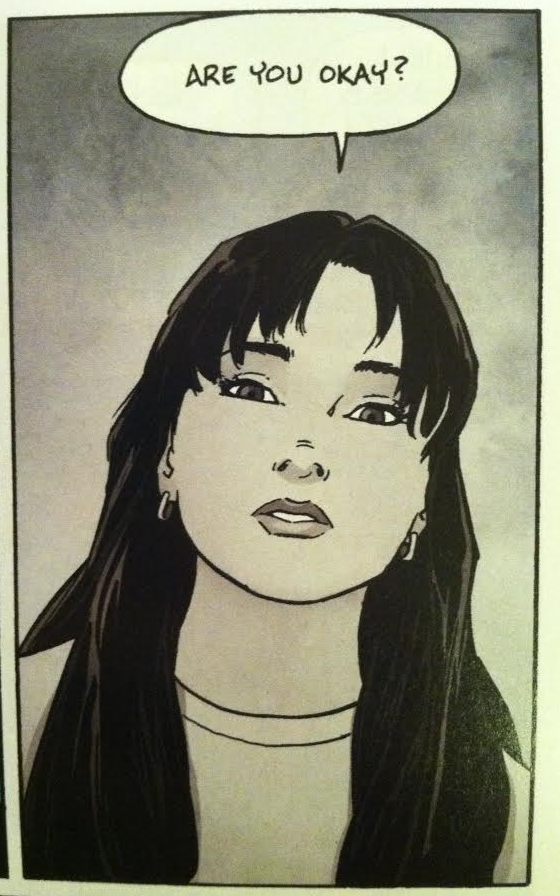 About Will: Will Pheesh wants you to be happy and well, and not just because it’s his profession. He can be found on Twitter @WillPheesh.

Moon Knight has almost been a peripheral character in his own series, yet Ellis/Shalvey/Bellaire has given me a far deeper understanding of the mythos than any other creative team. Brilliant storytelling, beautiful artwork; Moon Knight No. 6 wraps this teams perfectly executed arc.

I almost went with a couple panels from Superior Spider-Man this week, but this run has been completely badass from Ellis/Shalvey/Bellaire –and that’s why it won. 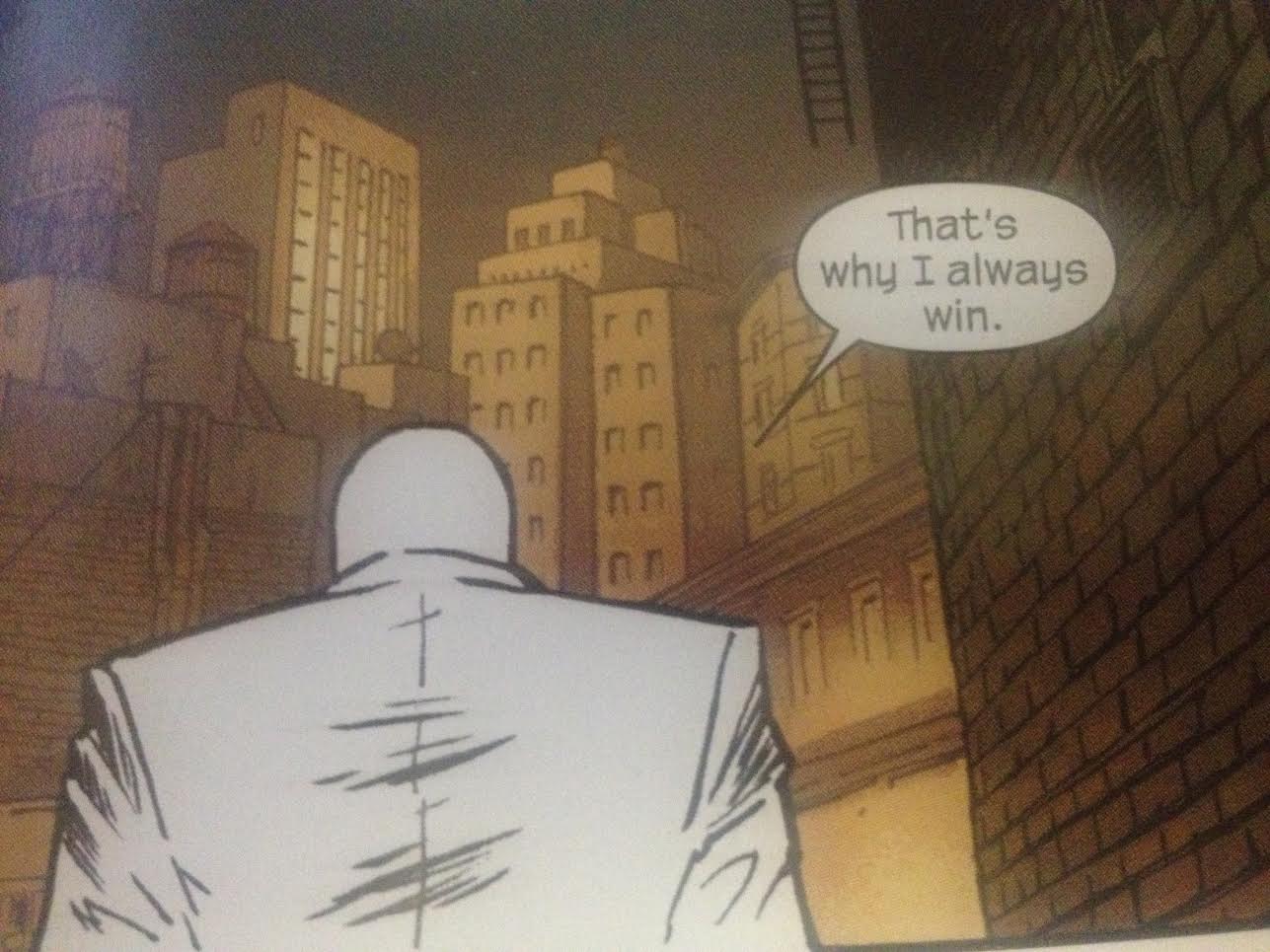 About Tommy: I’m Tommy. I love comics. Enjoy every sandwich. Follow me @VictorVonZoom

About Roderick: Roderick is an avid comic reader and collector, with a particular fondness for funny books and nerd nostalgia from the “Dark Ages of Comics” (also known as the late 80′s and 90′s). When he’s not diving in $1 long boxes trying to recapture his youth or working out his biceps from lifting his massive pull list every Wednesday at his comic shop, he can be found on Twitter @roderickruth.

This week was no question! Superior Foes of Spider-Man is one of the funniest books around. I don’t mean cute funny, or it’s got humorous moments, etc ….it’s laugh out loud funny. Yet, it seems to treat these losers with a respect that makes the book enjoyable. It’s not just a funny comic, cracking jokes and whatnot. A lot of the humor is built around the characters just being C & D list villains.

Please do not think me lewd for picking a panel where a lady urinates in the bathroom. Okay well…yeah it is lewd. But its bloody hilarious! This comic continually hits the right comedic notes with loveableness and these villains are the most dysfunctional crew around. Lieber is such a phenomenal comedy artist as the expressions of nervousness and shocker contrast superbly with the perverted glare of Silvermane. Even better is the thought bubble that imagines the noise he is hearing is of Beetle watering some flowers. I can laugh at this all day long…….. 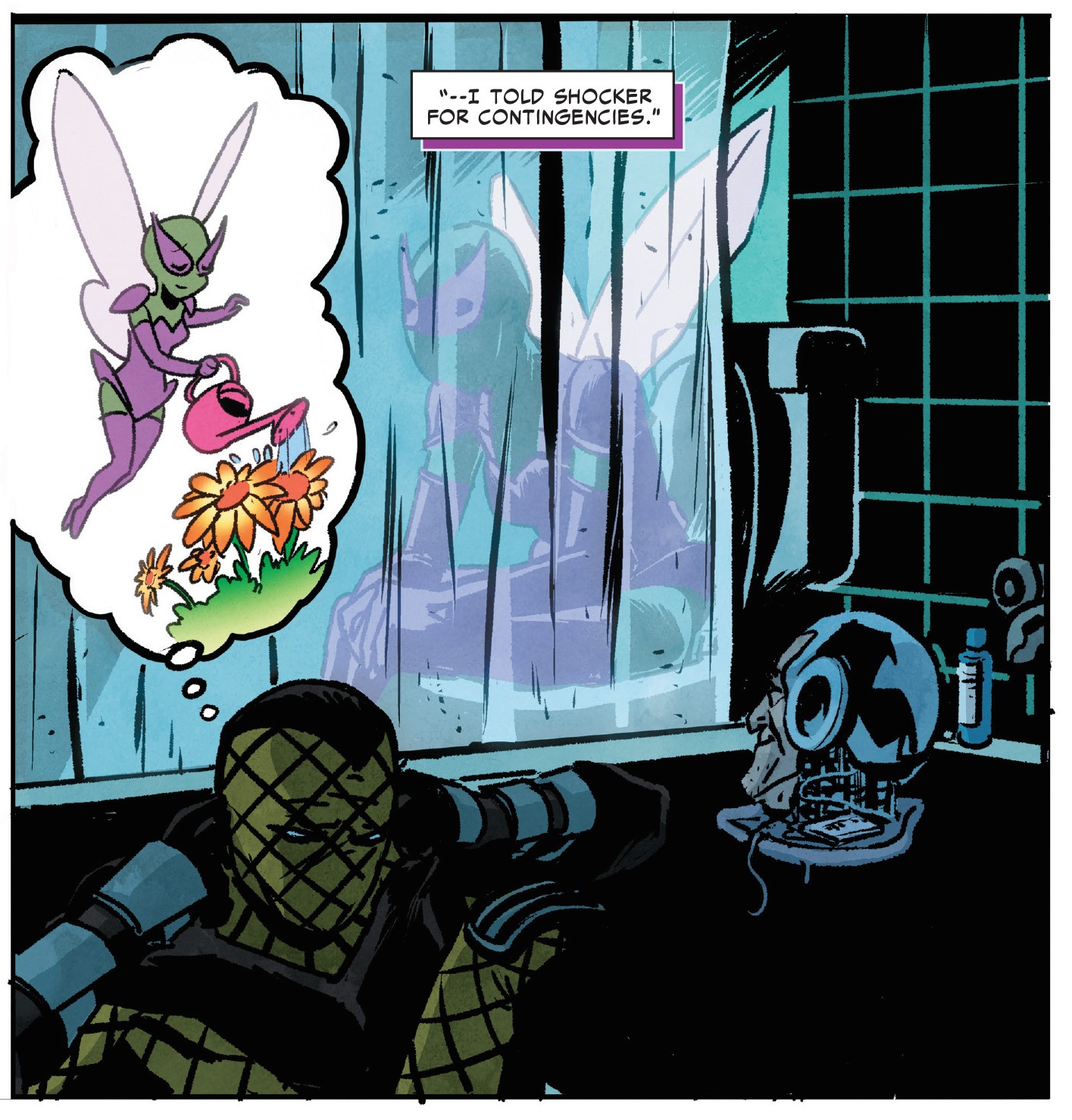 About Shane:  I am random-shane, @mprshane on twitter and I recommend this title to anyone unless you don’t like fun or puppies.

About Kulbir: I Spend the day as a surgeon operating on people, spend the night as a blogger operating on comics! Check out my blog www.houseofflyingscalpels.com or follow me @kooliebear

I’ve said it before, and I’ll say it again, Alex + Ada is the most fascinatingly boring book being published. There’s not a lot of action, not a lot progresses in he story each issue, but somehow the humanity of it all makes it utterly fascinating. Yet again, the issues ends on a jaw dropping cliffhanger that makes you NEED the next issue immediately. This one, however, also breaks your heart. Next month cannot come soon enough!

Alex + Ada is one of those comics with a deceptively simple concept.  This is one of my current favourite books and is at the top of my ‘must read first’ list when I get home from New Comic Book Day. Even this panel is so simple, but it speaks volumes in the context of this story.  Fantastic book. 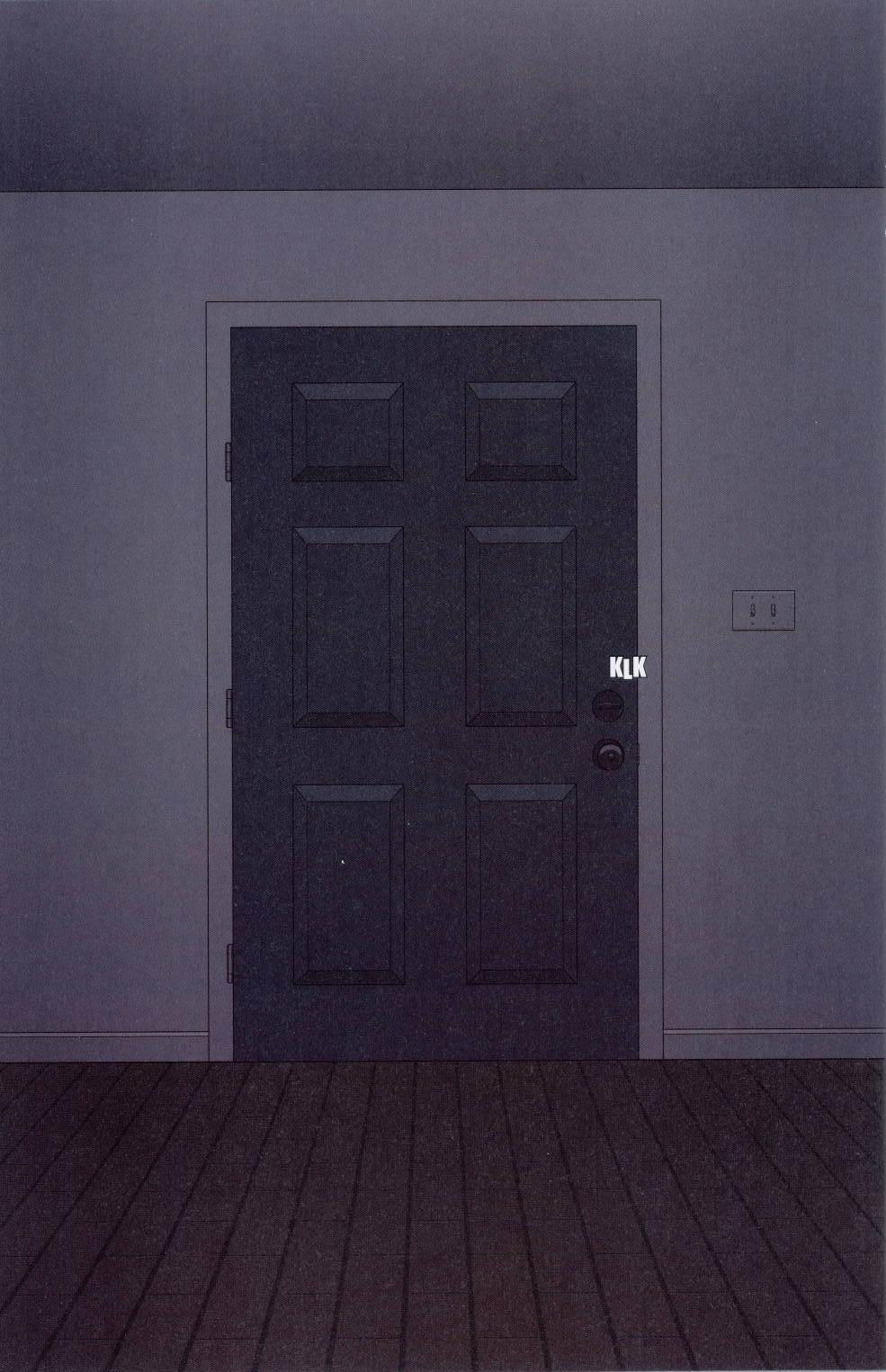 About Ben: @Punkrocksellout is a former punk rocker turned molecular biologist turned patent attorney turned father, who spends way too much time on twitter when he’s not out running barefoot.

About Mike: Mike Morgado has been a comic nerd going on over 30 years.  When he’s not at work or with his family, his favourite place to be is at the local comic shop on Wednesday’s with his ‘Comic Club’ pals. He can be found online @WTFisHalonCon or his incredibly ignored blog (soon to make a return) http://www.fourcolourwesterns.blogspot.com

Kirby style art with a story that reminds me of Creepy & an acid trip! Looking forward to more. 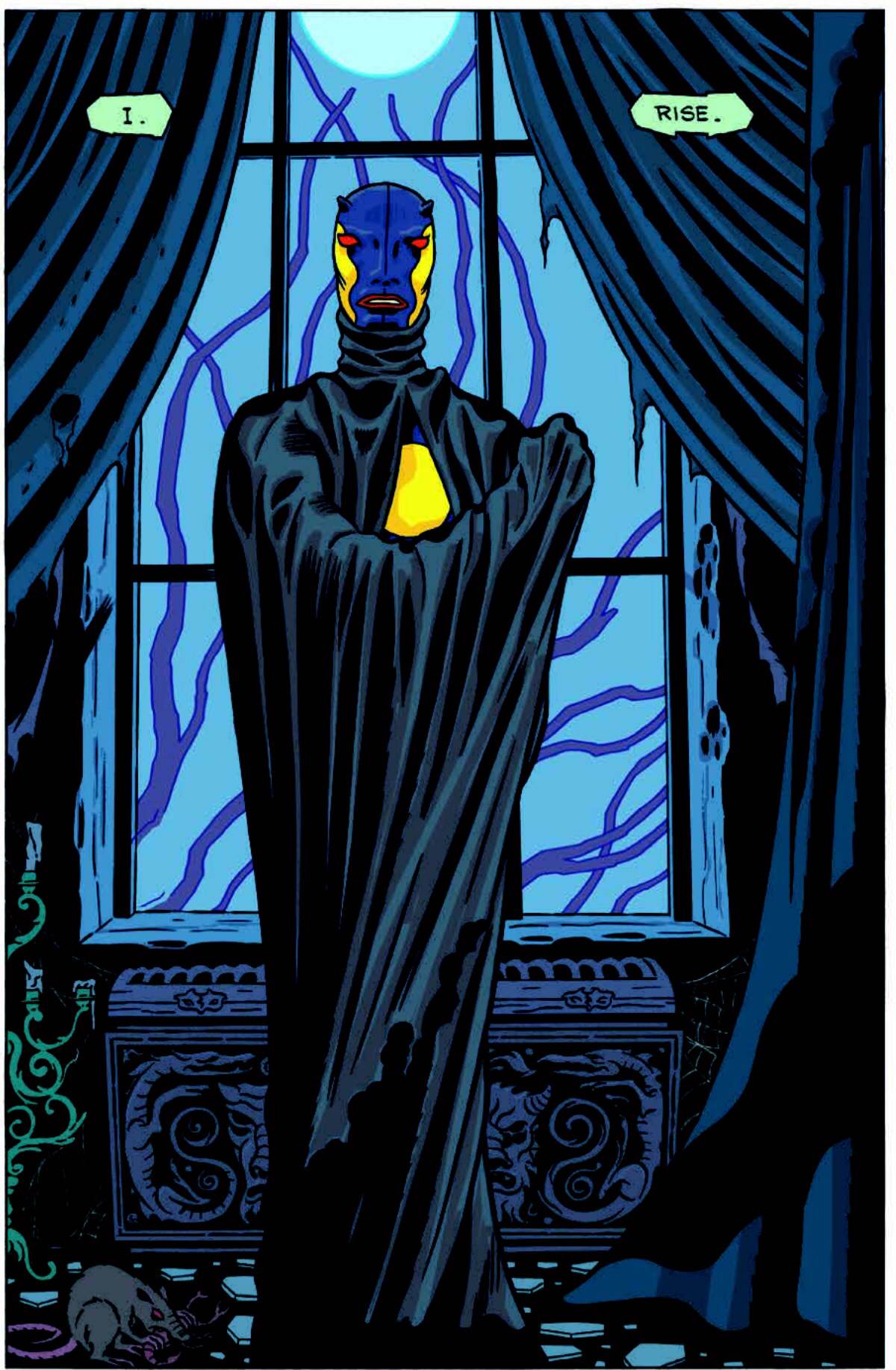