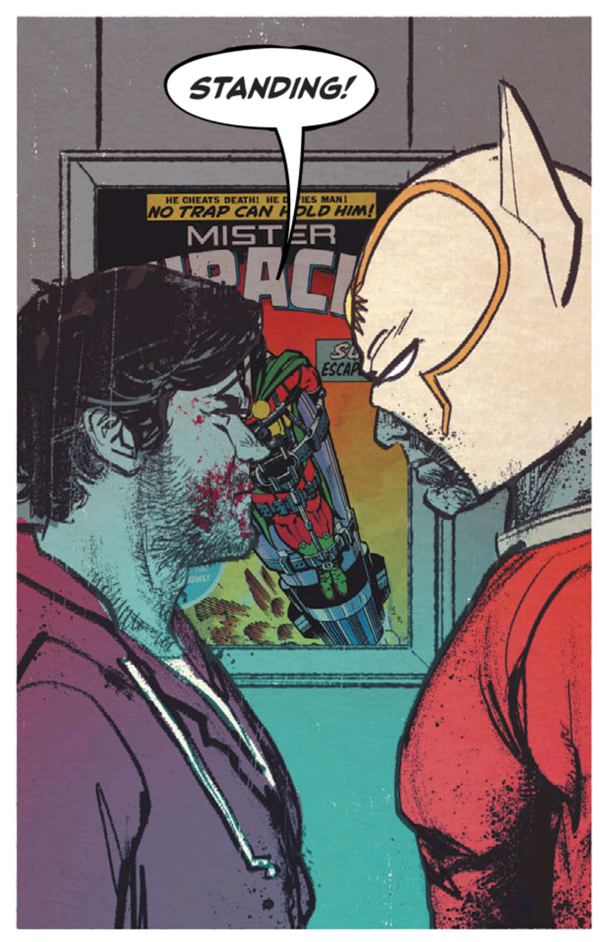 What a week. While we face the many dooms of real life, we have comics to help us get through it. We have great (spoiler filled) picks for you to check out this week, so let’s get to it!

Believe the hype. Your new favorite comic about a possibly suicidal and probably delusional New God is here, and it’s Mister Miracle. I like (but don’t love) King’s Batman run, so I’m glad to see him writing a comic that’s at the level of his Vision and Sheriff of Babylon books. Mister Miracle is ominous and weird and intended to create a sense of existential unease for the reader about the entire world. And you know what? It worked like a charm. I left the comic feeling uneasy in the best possible way. I knew Mitch Gerads was a talented artist from his work in Punisher and Sheriff of Babylon but I didn’t even realize he was this much of an incredible visual stylist. Gerads’ art is expressive and detailed and really brings to life the personalities of the characters here. And he overlays much of it with pixelation and the hints of Kirby crackle in a way that, when combined with King’s narration, helps create that amazing sense of existential dread and mystery. This is great stuff. 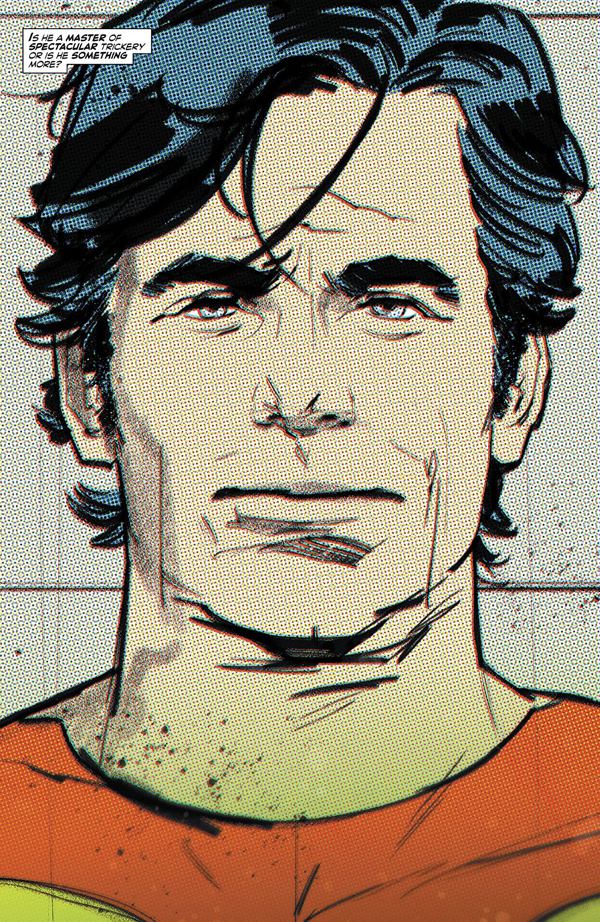 I’ve been catching up on my All-New Wolverine, and this week’s issue provides further evidence that comics can be fun and gritty at the same time. Writer Tom Taylor continues his exploration of the Marvel Universe and the persona of Laura Kinney through non team-ups that really do read like team-ups. This issue brings in the Guardians of the Galaxy (with Drax the Pacifist) and puts them against the Brood. See? Fun AND gritty. Oh, and a not-quite fastball special! 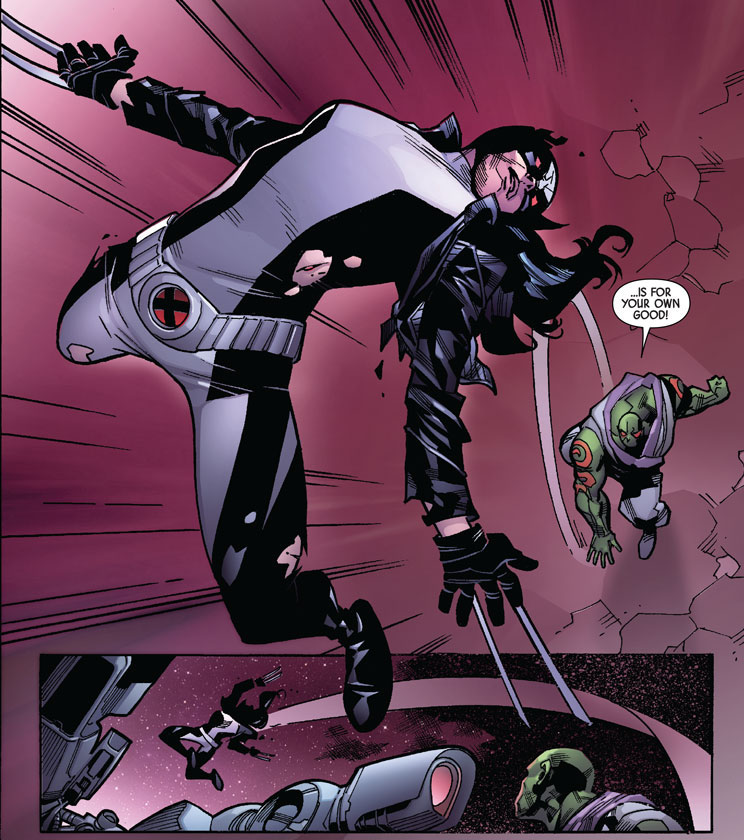 I’m going classic this week with the splash page from the Kirby 100 Groot issue! Really, how can you not love this! Groot sure has come a long way! 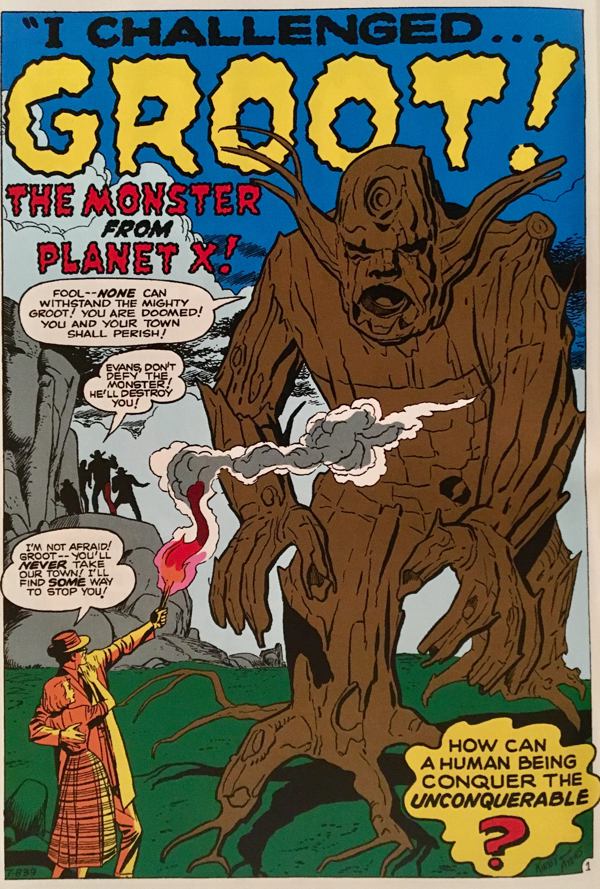 WOW! One of the absolute best books I’ve ever read. No hyperbole, just fact! King and Gerads have crafted a modern masterpiece! Issue 2 can’t come out fast enough! Bravo, gentlemen!

From the team that brought you Sheriff of Babylon, comes their take on Jack Kirby’s New Gods.  Everyone loves Scott, but Barda and Orion are my favorites from this messed up family.  I’ll always give a try to anything that Tom King and Mitch Gerads put out together. 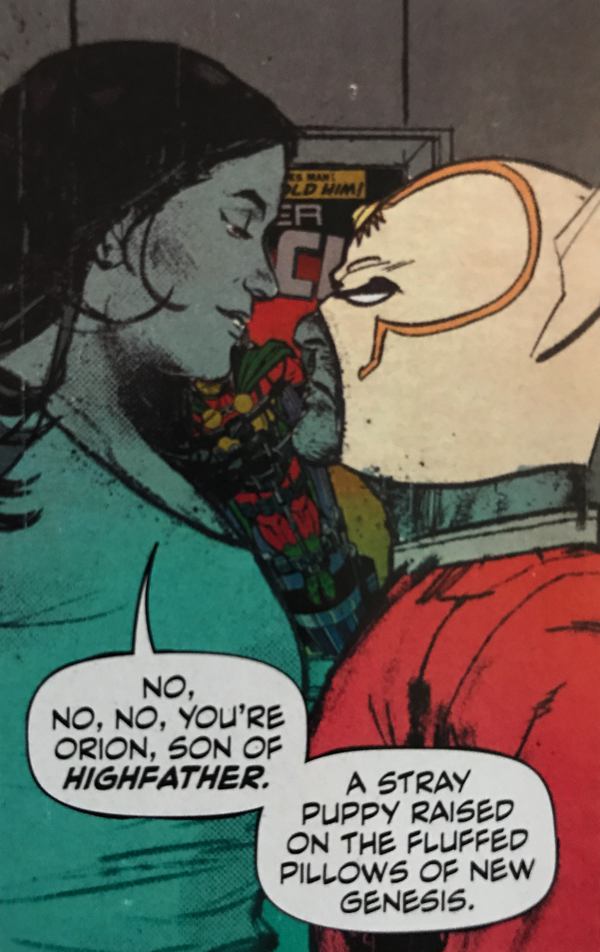 Josh is revealed to be the villain under the mask as he opens up about his insecurities to Ms. Marvel. This is a very powerful moment for a character who could have been painted in the background. G. Willow Wilson not only gives a strong voice to Kamala, but also her supporting cast – this is one of the many reasons why Ms. Marvel is one of Marvel’s strongest titles. 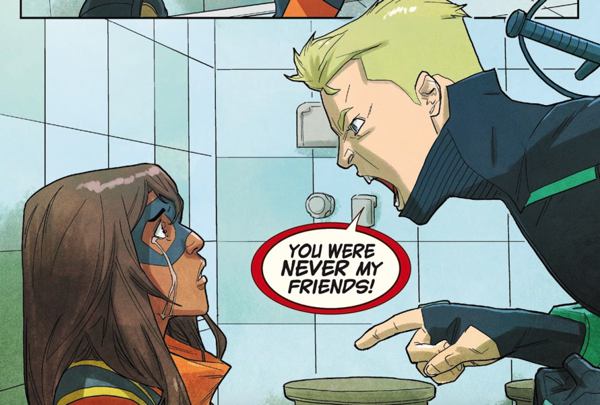 This is amazing. I’m all in. 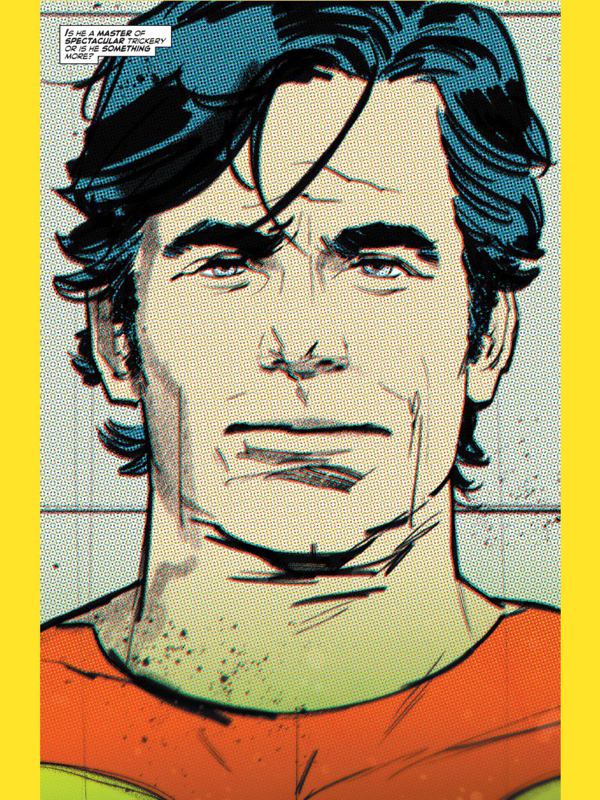