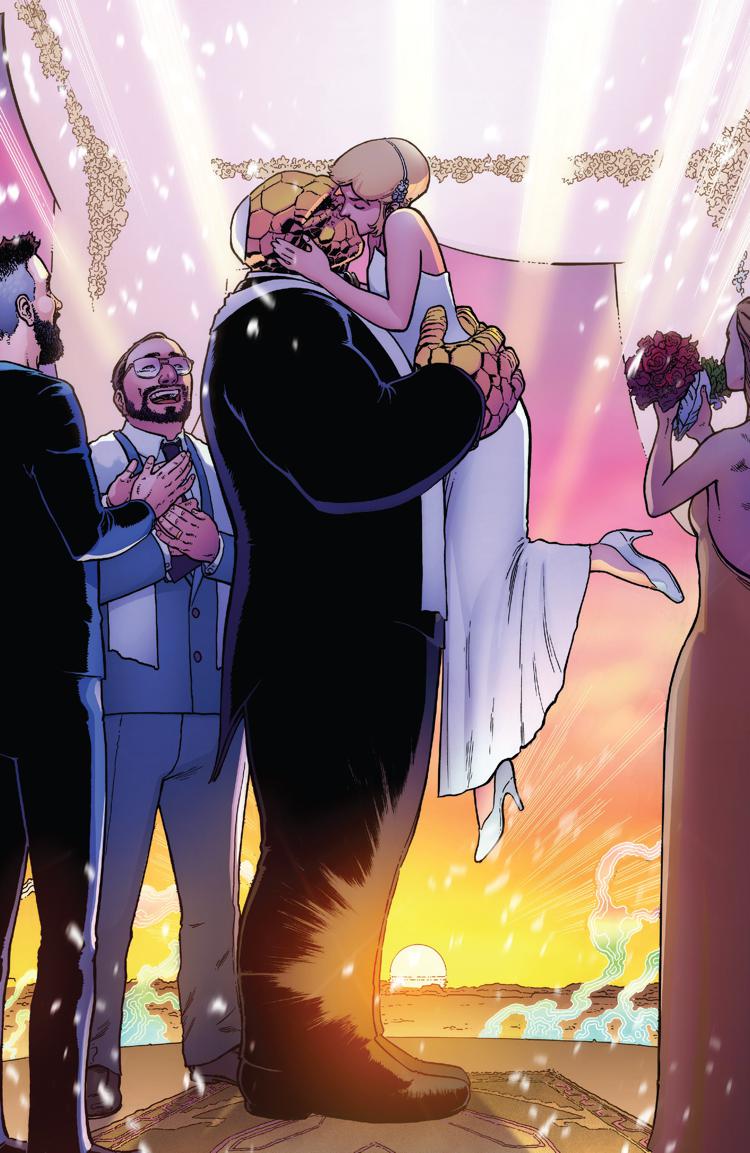 It’s the end of the year, the chance for something new. What will the new year bring? We don’t know, other than it will bring us great comics. The end of this year is no exception, we have great picks from our contributors full of spoilers, so let’s get to it! 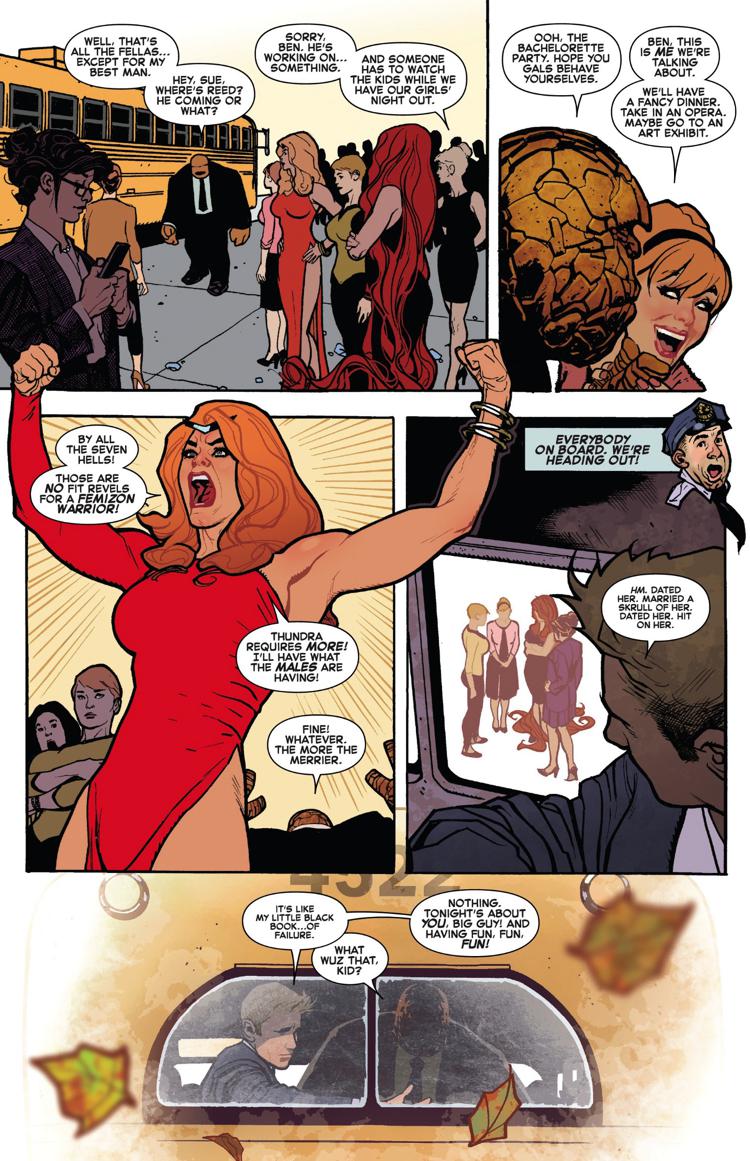 Aunt Petunia’s favorite nephew, the Ever-Lovin’ Blue-Eyed Thing is finally marrying Alicia Reiss Masters after 642 issues of the Fantastic Four.  But first they’ve gotta have the bachelor party.  Too bad Doctor Strange had to be called into action. 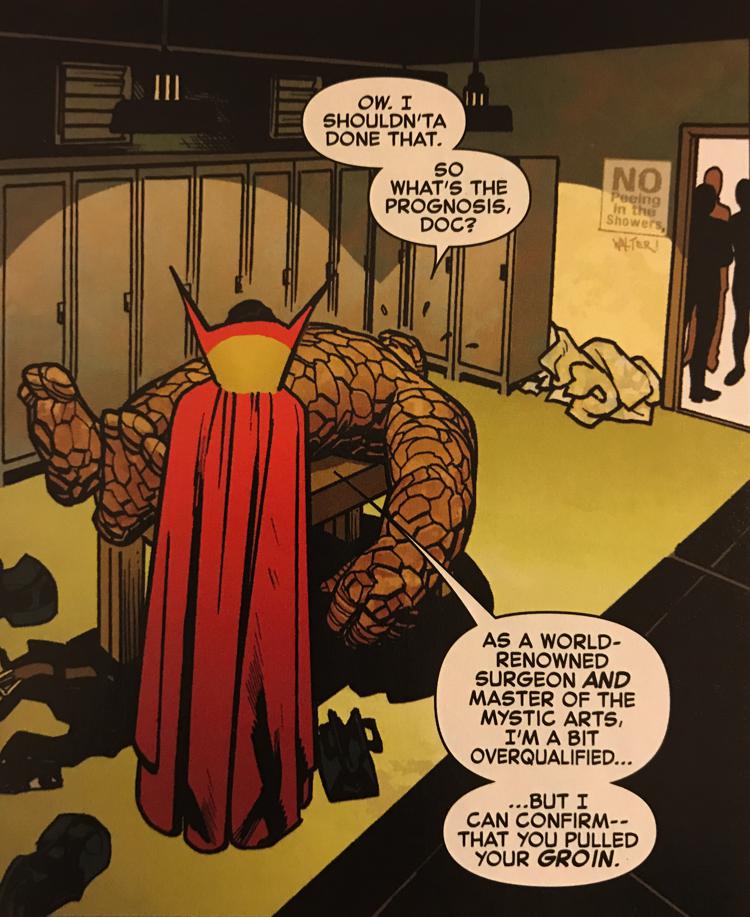 I love seeing Chris Schweizer’s art every month. He’s killing it in the pages of Mars Attacks! One of the best relatively unknown cartoonists. 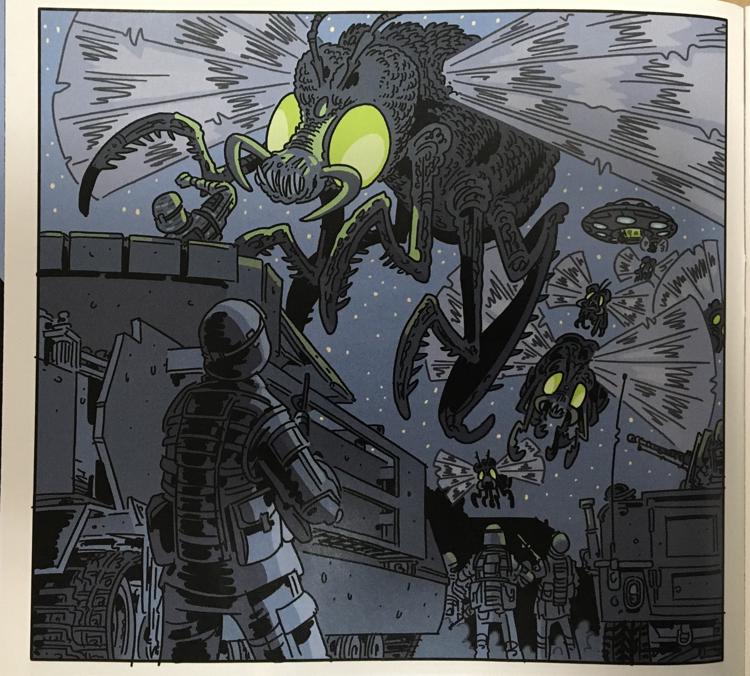 This issue was a lot of fun. The wedding of Ben Grimm and Alicia Masters was a long time coming and I’m glad to see happy moments like these. I kind of hate how comics won’t let characters get older, grow up, etc. (I’m still salty about Marvel erasing Peter and MJ’s marriage). Anyway, this issue is a fantastic trip down memory lane and also features a fun and predictably raucous bachelor party, concluding with the lovely wedding that actually does take place (unlike some other high profile comics this year). I haven’t been all in on Dan Slott’s Fantastic Four yet, but I think he understands the characters very well and gets their voices, and I’m curious to see where the book goes next. 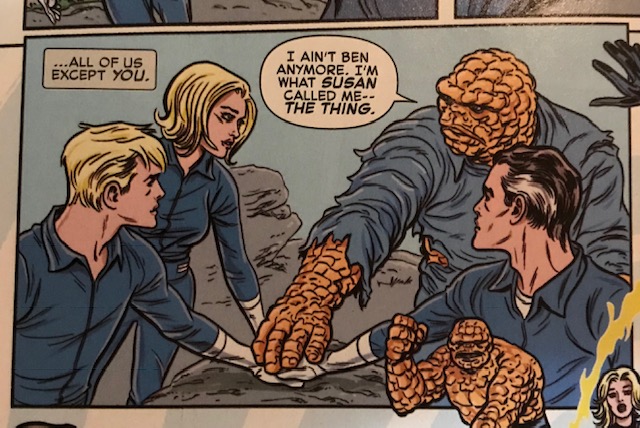 Well, the holidays have brought us the most SUPERIOR gift this year, the full-time return to the webs of Otto Octavius (now Elliott Tolliver), the Superior Spider-Man! Looks like 2019 will ALSO be the year of the Spider! 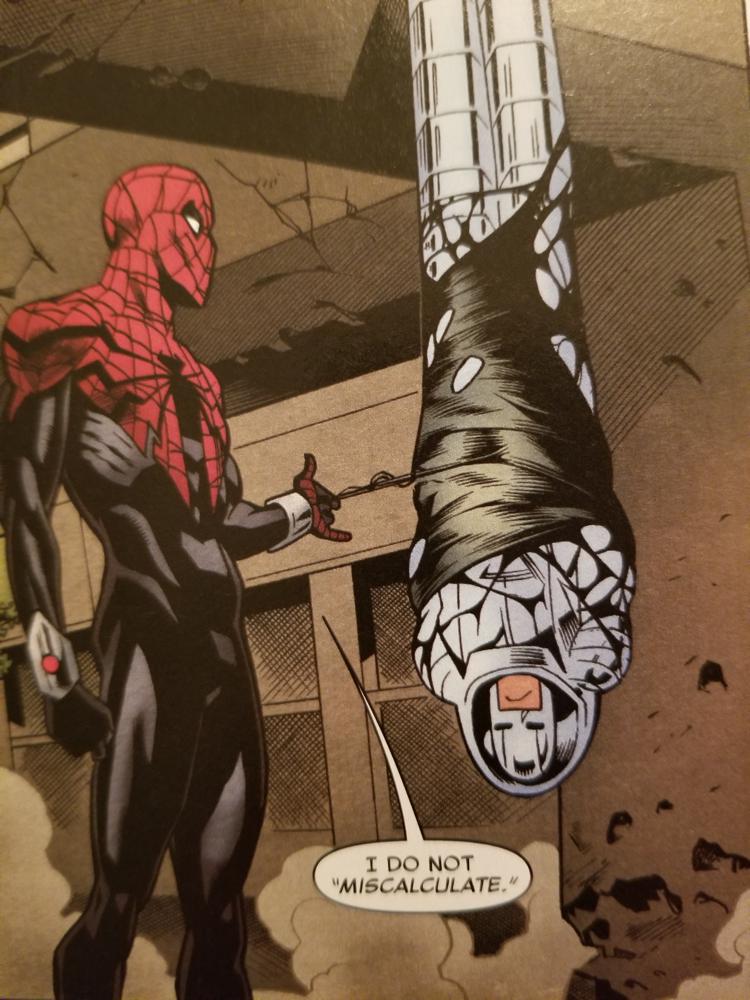 Too much sand got in my eyes reading this.