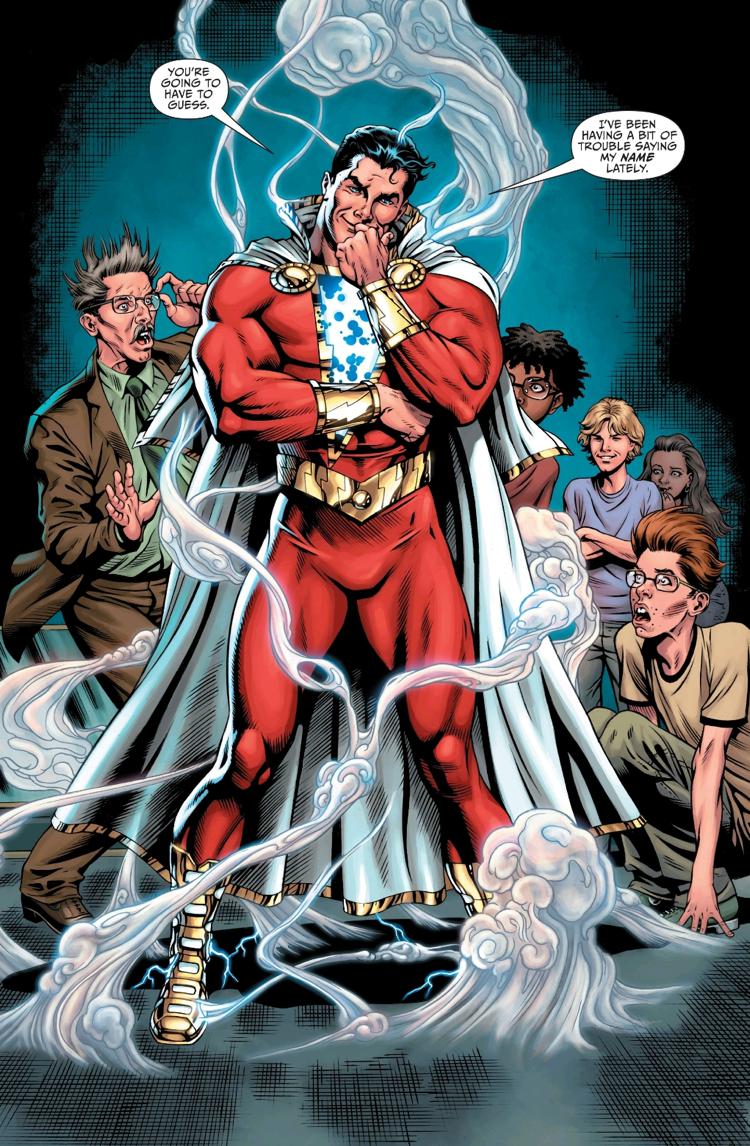 Deeper and deeper into the depths of winter we go on this half of the world, while the rest rises to a boil. The hot hot and cold cold comics we got this week did not disappoint and we have great spoiler filled picks for you to check out so let’s get to it!

Snotgirl is all about masks! Lottie never understands people’s true motives, including her own. Every character is complex, and doesn’t spell out their true feelings – a lot like real life. Caroline AKA Cool Girl is the most mysterious of them all. Does she like Lottie? Is she using her? Who the hell knows! But this scene is the small glimmer of hope that Caroline semi-cares for Lottie. 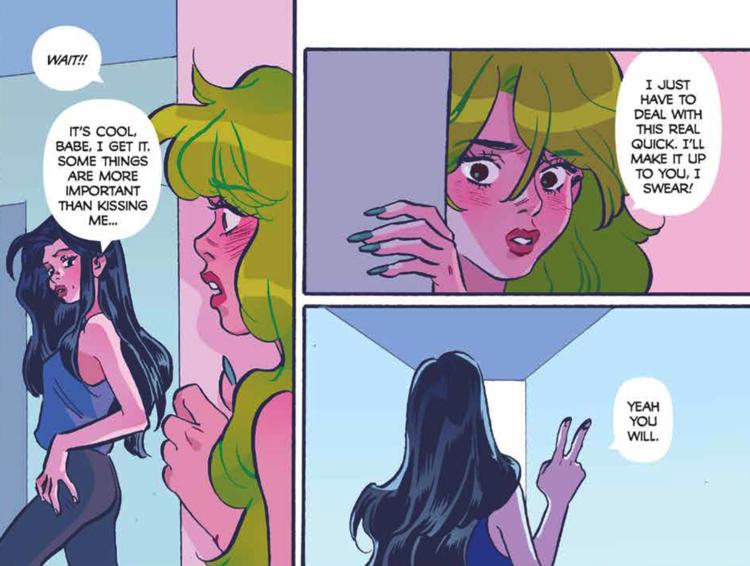 It’s the penultimate issue of the series, but a whole lot of oddball adventuring fun – Hawkman! Mandrakk! Firebrand! Neon the Unknown! Bad Samaritan! There’s a lot of fists flying, neck biting, and unexpected (see?!) weapons unleashed in The Unexpected #7, written by Steve Orlando, drawn by Ronan Cliquet, colored by Jeromy Cox, and lettered by Carlos M. Mangual. Fans of Multiversity (without a mind-numbing, never-ending roster of characters), Hawkman, or comic book slugfest melees will not be disappointed in the unexpected action that fills these pages. 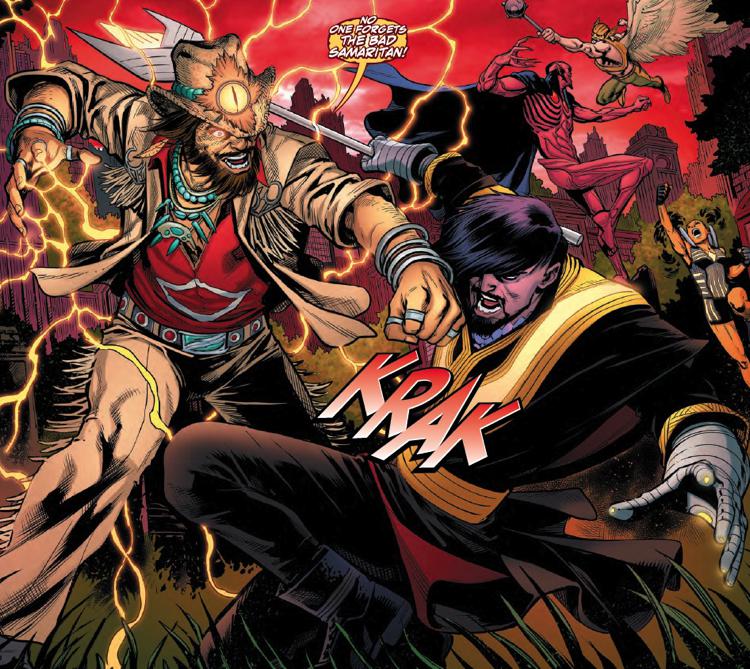 About Me: I’m Doug, father of three, husband of one. I’m usually expected wherever I go. Sometimes that’s right here, on Comicosity, where I contribute some comic-fueled thoughts. Other times it’s @DZawisza on Twitter where I share other thoughts. I dig comics and people doing the right thing.

So glad to see the return of Captain Marv… I mean, SHAZAM! and his Family! Great work (as usual) by Johns and Eaglesham, go check it out!

Shazam #1 gives us an economic look at the personalities and fighting styles of the new Marvel Family, or Shazam Family, or whatever we’re going to be calling them. And I’m a little in love with posing Pedro! Even a traditionalist like me can enjoy this decidedly different take on the Shazam Legend by Geoff Johns, Dale Eaglesham, Mike Atiyeh and Rob Leigh. 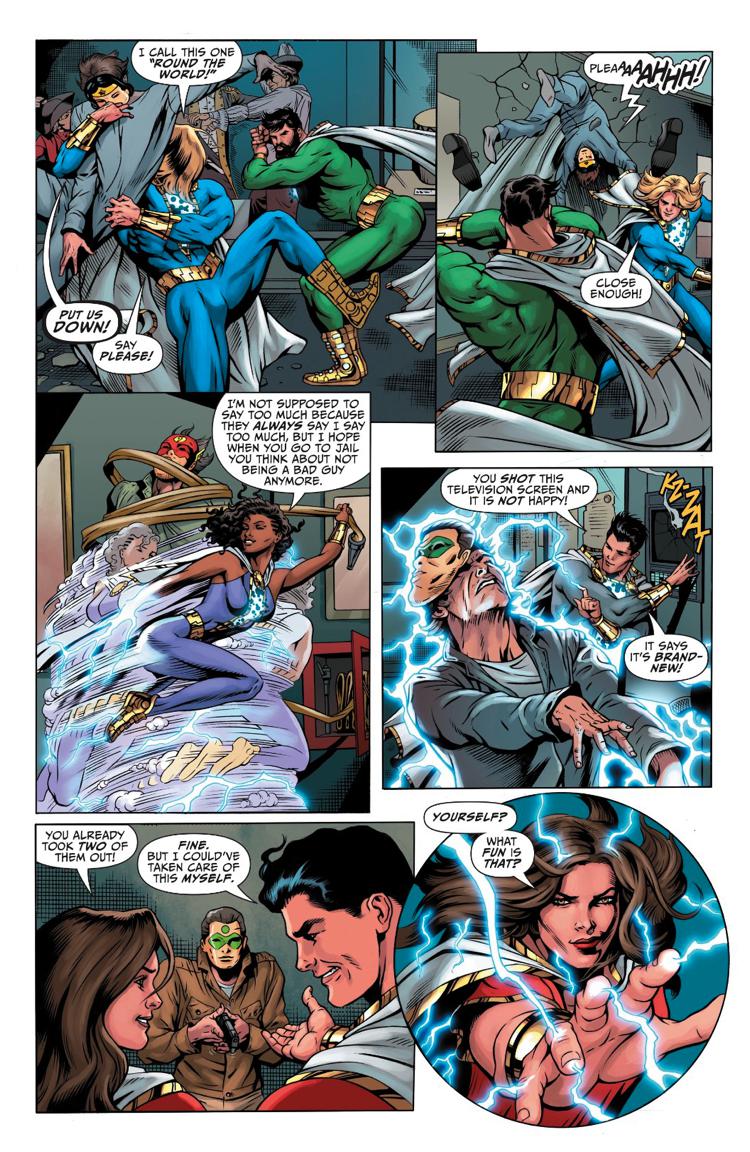 RPG’s and Comics together in the best way.