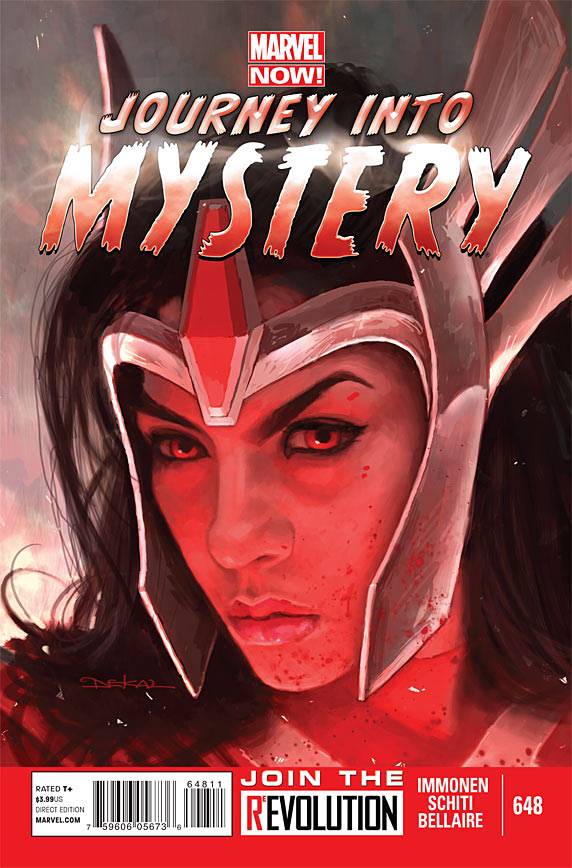 Welcome to The Honor Roll, a look at five of my favourite reads from January 30, 2013’s releases. This week is a mixed bag, but they are all fantastic reads. The big two each hit with two entries this week, and the fifth slot is snatched up by a fantastic Image book. As always, let me know your Honor Roll in the comments section! 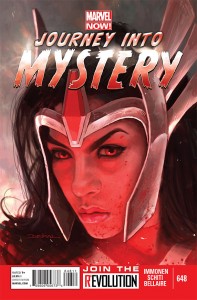 This comic is a ton of fun. Sif has gone berserker and lord, has she ever. This leads to a comic filled with action, as a Sif book should be, and a surprising amount of humour. Immonen isn’t afraid to throw the odd gag into the book, with perfect timing, and it keeps the tone of this comic light and fun. The comic really mirrors Sif’s emotions right now: she’s going haywire, but loving every minute of it, and the script really gets that across in a seamless way. Valerio Schiti’s art is fantastic, conveying the the script brilliantly and showcasing some pretty brutal violence in a manner that isn’t stomach turning at all. Schiti’s style fits this comic perfectly and the addition of Jordie Bellaire’s colours is a fantastic compliment. The two pros combine to create a visual that is easy on the eyes, dynamic, and a lot of fun to read. Picking up a book in the middle of an arc is never easy, but I highly recommend #648 – it is a pretty easy jump on point and a great read.

Geoff Johns, you are blowing my mind. Paul Pelletier, you are too. Aquaman #16 drives us toward the conclusion of the Throne of Atlantis crossover and continues the extremely high quality of the rest of the series so far. Johns clearly knows what he is doing with these characters, and the issue reads as a perfect continuation from Justice League #16 due to having a singular writer helming the event. I dare say he writes a few characters so well in this issue that he may have ruined them for me in other series, but only time will tell on that. Paul Pelletier had big shoes to fill in Ivan Reis, and he has done an admirable job. His Hawkman was the best rendition of the character I’ve seen in the New 52 and if he leaves Aquaman at any point I’d love to see him working full time on a Hawkman book based on these images alone. Aquaman #16 is another stellar offering from what is quickly becoming another great creative team at DC. 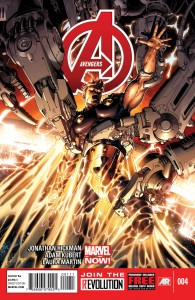 Those who know me, or at least my tastes, probably are not surprised by this entry. What is surprising me is how epic in tone and scope Hickman is going with Avengers. I shouldn’t be surprised, based on Hickman’s other work, but reading this comic I was blown away by how big it feels. Yes, feels. Every page of Avengers #4 feels like it is impacting the entire Marvel Universe, like shockwaves are rippling out of ever single word balloon that will have untold effects on everyone involved. That is what the Avengers should be, in my opinion, and Hickman is delivering. Thankfully, Marvel is also pairing him with A-list artists. Adam Kubert is a veteran and a heavyweight, and brings a confidence and skill to this book that is fitting of Hyperion. This issue focuses strongly on the powerful hero and Kubert has captured what makes up Hyperion very well. He is at times stoic, caring, soft, and mad, simply through slight facial modifications. This is an A-list comic crafted by top notch pros, can’t ask for a lot more.

Wood and Doyle are cooking up a pretty impressive mini-series here with Mara, another story that Wood is knocking out of the park. This comic is different than many others in the marketplace, and, as noted by Jessica’s review, also very timely in light of recent PED scandals. Mara is a stoic character and part of what I enjoy so much about this comic is that Wood isn’t just laying everything out for readers to mindlessly consume and move on. We don’t really know what is going on, or what Mara herself is thinking and the mystery of that is making this comic a compelling read. One cannot discuss Mara without talking about the art from Ming Doyle. It is absolutely freakin’ magnificent. Her art, with the great Jordie Bellaire on colours, is worth the price of admission alone. This comic is easy on the eyes and a treat for the mind, and while I am looking forward to the rest of the series I find myself already wishing it was an ongoing….

I’m not sure if an event just ended or if another one just started, or both….but I dig it! Tomasi is right up there with Geoff Johns as a GL writer, and he writes all these characters so well. Being that this is a Corps annual we’ve got a ton of different voices in this one, combining to show what is great about the GL books: a ton of different voices uniting to create an entertaining read. This story ramps up some big things for the coming issues of the GL family and I am excited to read more. ChrisCross’ art is solid throughout this comic, which is definitely worth checking out.