Who can complain about a week of great comics like we had this week? We sure cant. We have great spoiler-filled picks for you to check out, so let’s get to it!

Writer Chip Zdarsky and artist Jim Cheung continue to explore the relationship between Johnny Storm and Ben Grimm as the two surviving members of the Fantastic Four set out to find the rest of their family. So why not throw in a trip to Monster Island? Yeah, it’s a fun read and one you definitely should be checking out.

How fun is this! Johnny and Ben taking on GooGam, Mole Man and hordes of Moloids! Jim Cheung’s art is wonderful and Frank Martin’s colors are so rich. This panel really conveys the all out crazy joy that is a Fantastic Four comic even with a certain couple missing. 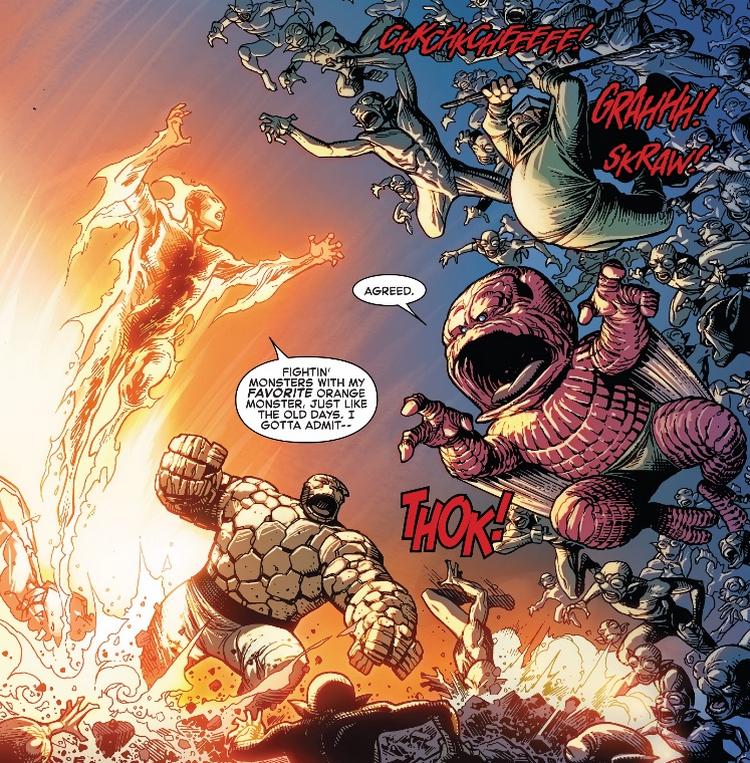 This has been a terrific book since the new creative team of Donny Cates and Geoff Shaw took over. They’re the creative team behind the fantastic miniseries “God Country”, which was one my favorite books of 2017, so I was pretty excited for them to take over this book. Thus far, they have not disappointed. This book has a terrific sense of dark humor, and this is an interesting, less cartoonish, more contemplative version of Thanos. The art from Geoff Shaw is dramatic and interesting and really engaging. This new team just started a few issues ago and you don’t need to have read anything previous, I recommend picking this up. 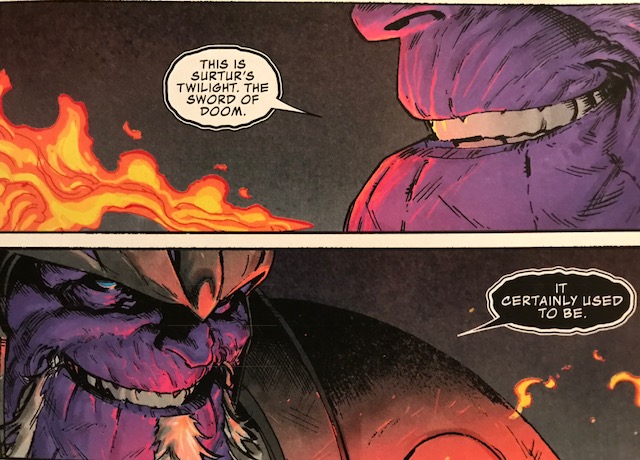 I really enjoyed the spotlight put on Billy this issue. If only he knew what truly was going on with Matt – nice imagery. 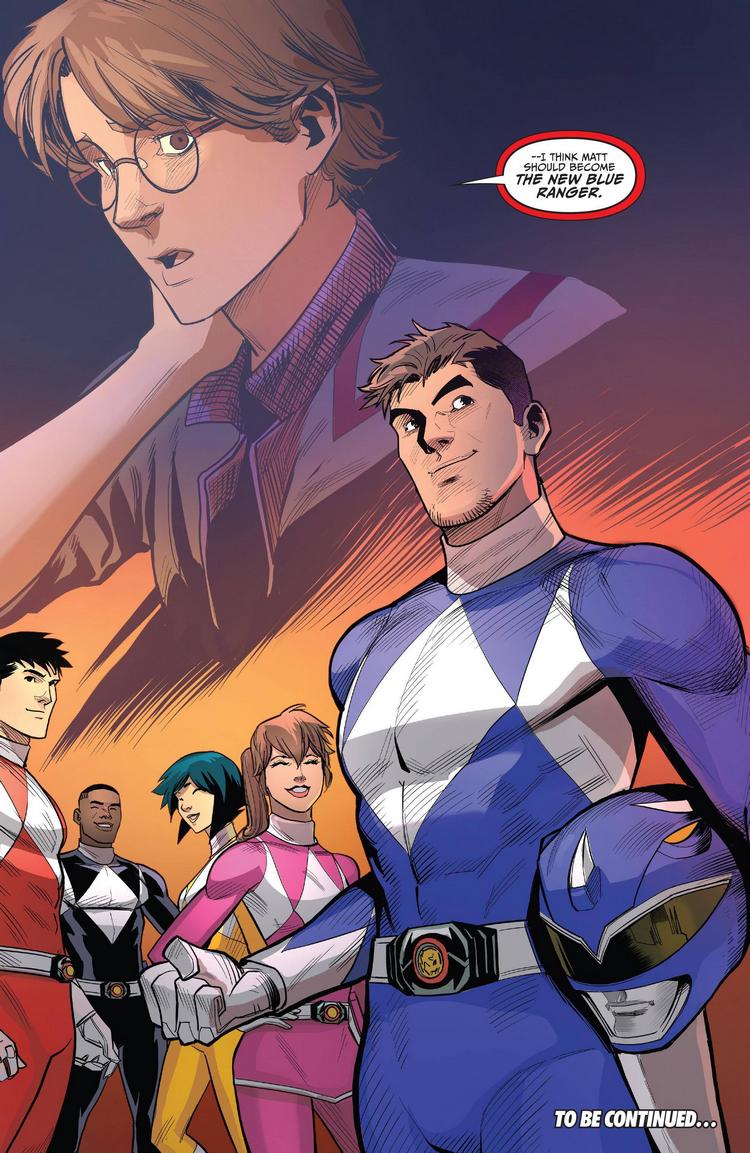 Great art and a great new character. I want to read more of this. 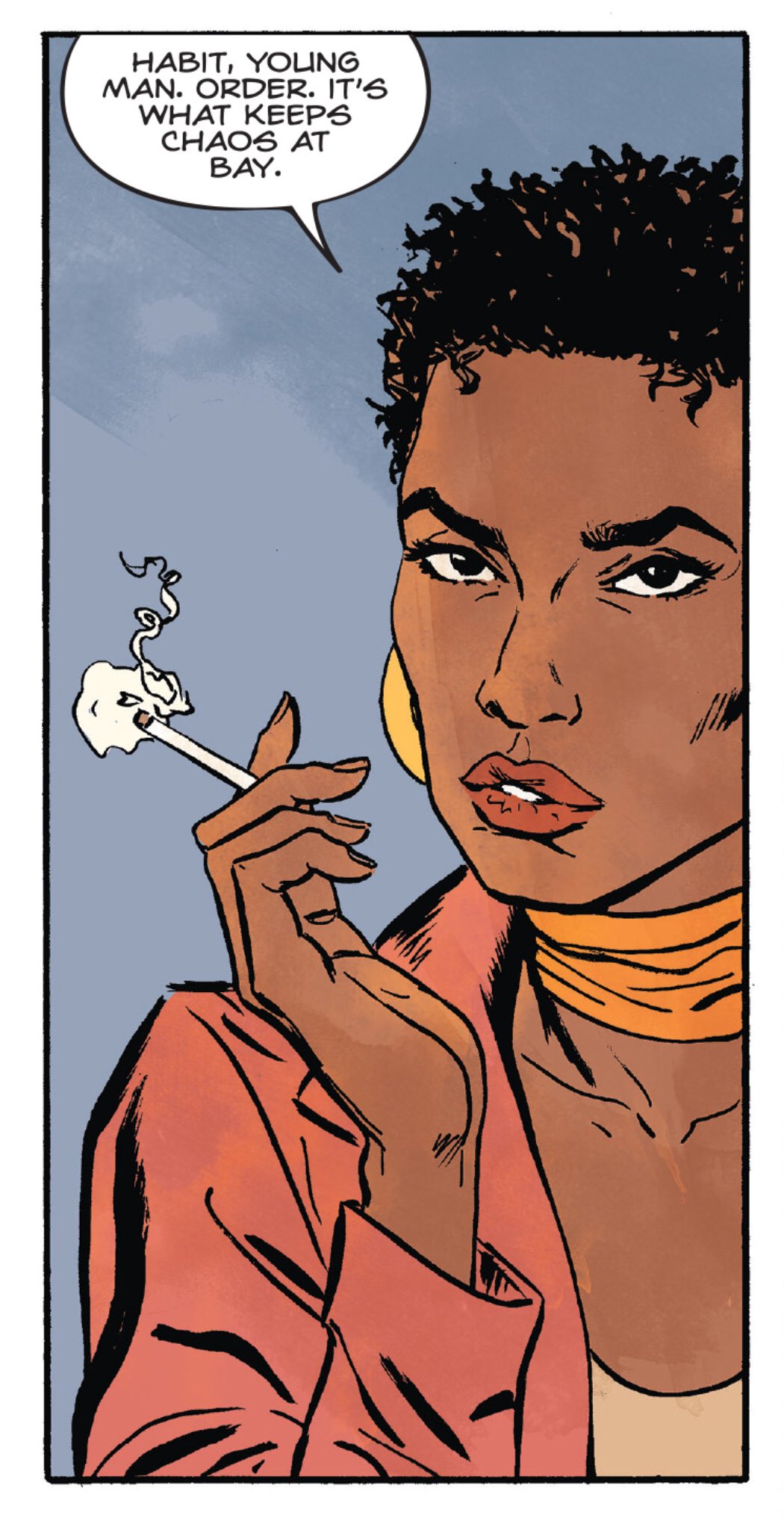