We are back and better than ever with some awesome spoiler filled picks for you to check out! Let’s get to it! There’s no time to waste!

Every issue Rick Remender and Wes Craig consistently crank out this hyper-violent exaggeration of life in high school. But this issue “choad” and “Machiavelli” was used in the same sentence.  Enjoy. 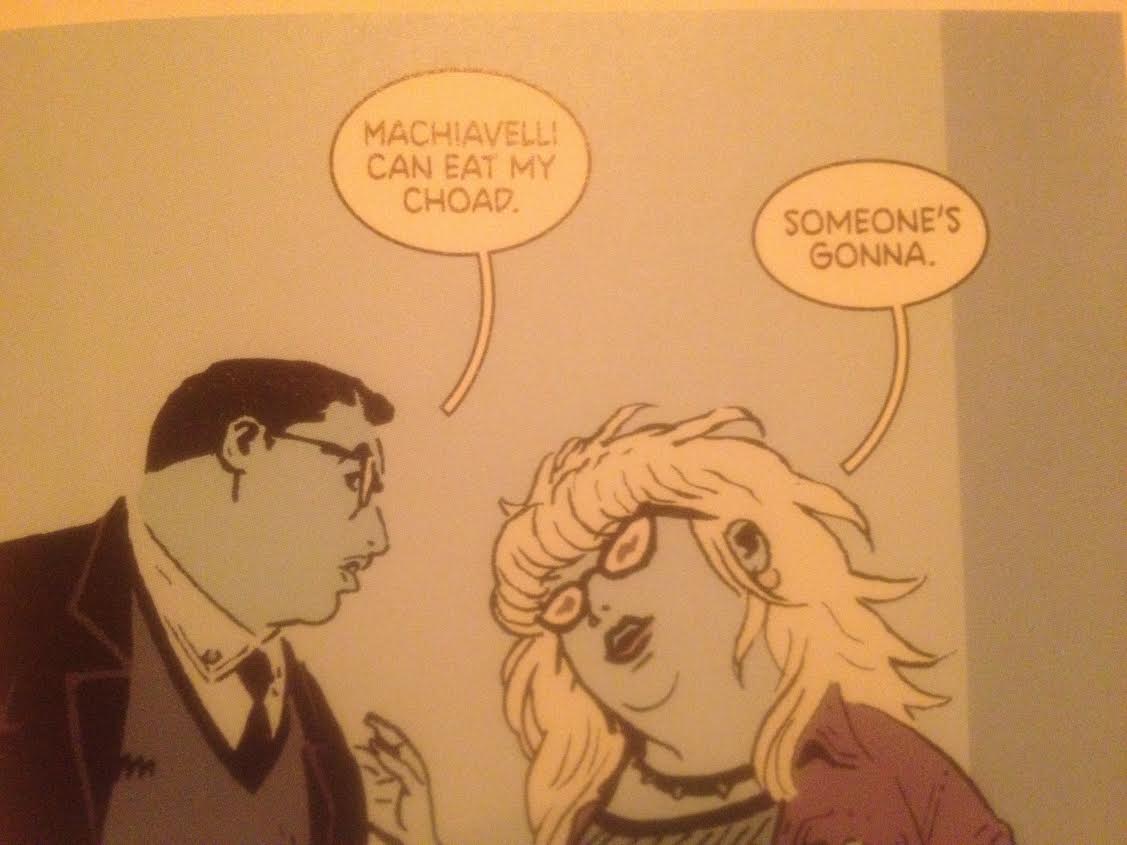 I’m sad that issue 8 is the next to last issue of Past Aways! It’s been a fun read. I love this cliffhanger panel of Phil following our heroes thru time. 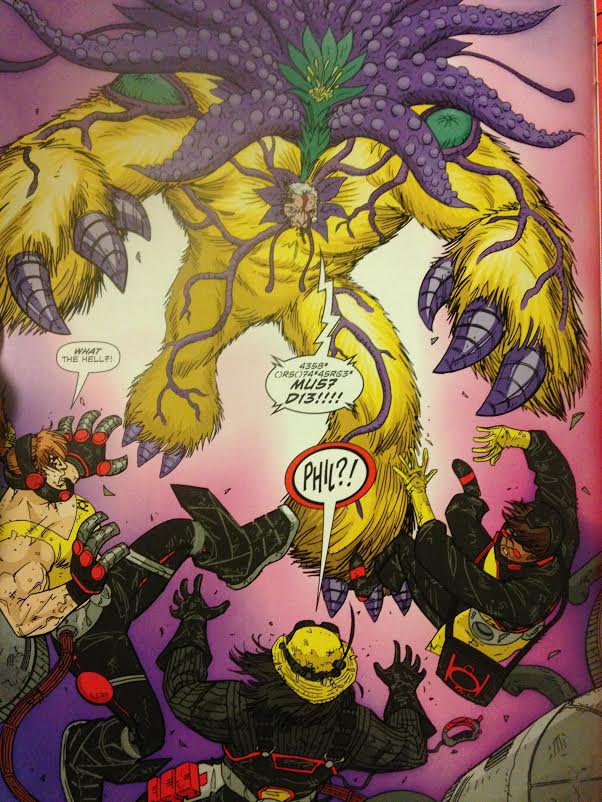 I must say I never expected Rodriguez to be unleashing his full creativity on this book but there were some amazing splash pages. The one below is an example and is wonderful in imagination and excitement. This comic is very novel and a great personal read from the perspective of a pregnant superhero in a whole lotta trouble. 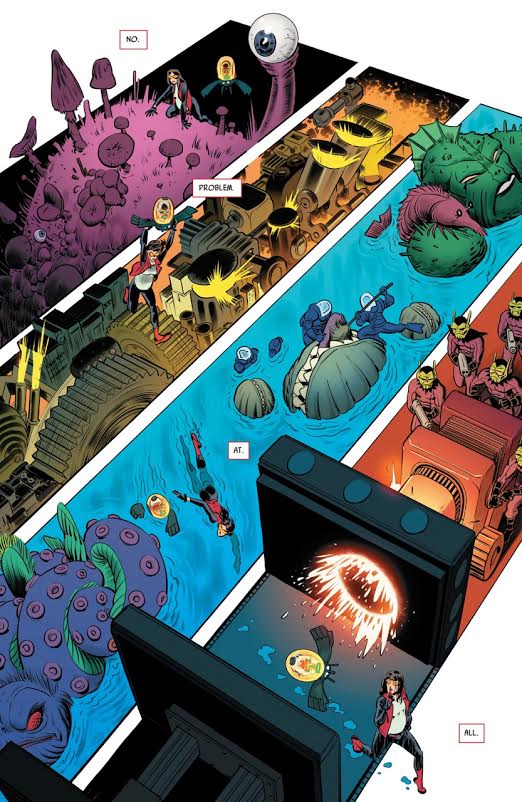 G. Willow Wilson and Takeshi Miyazawa have Kamala pulling some major Matrix moves in this issue. 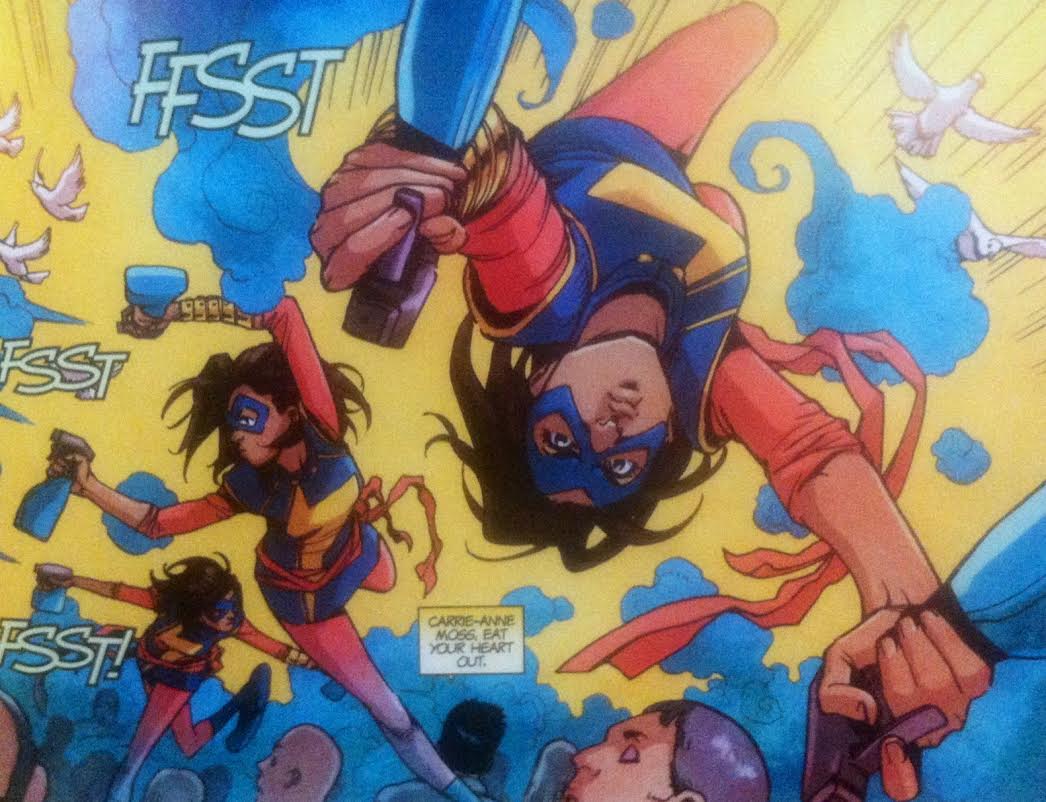 What a great return for Southern Bastards. The current arc hasn’t felt quite as focused to me, but this issue was a terrific return to the story of Coach Boss. Coach Boss is incredibly compelling character and even though as a reader you know he’s a terrible guy, you still root for him. That’s the gift of the Jasons (Aaron and Latour); there are no easy villains here, just complex, interesting, multifaceted characters. Latour’s art here is in excellent form here, as he really conveys the muddy, brutal big football game, and all of the emotions throughout the issue are clearly shown in the art. Great work from everyone. 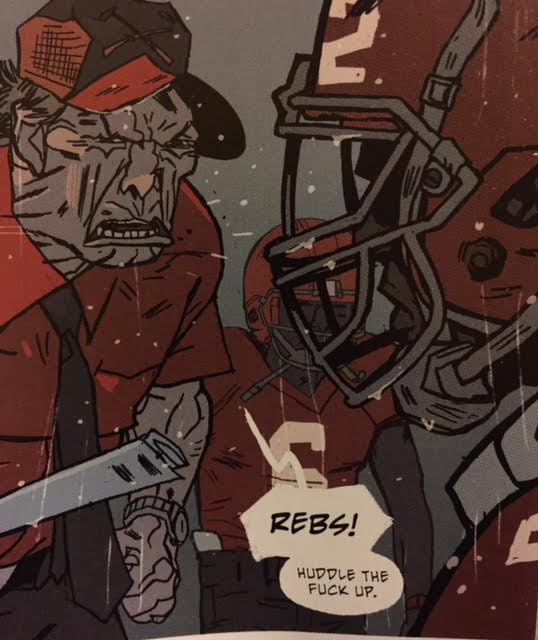 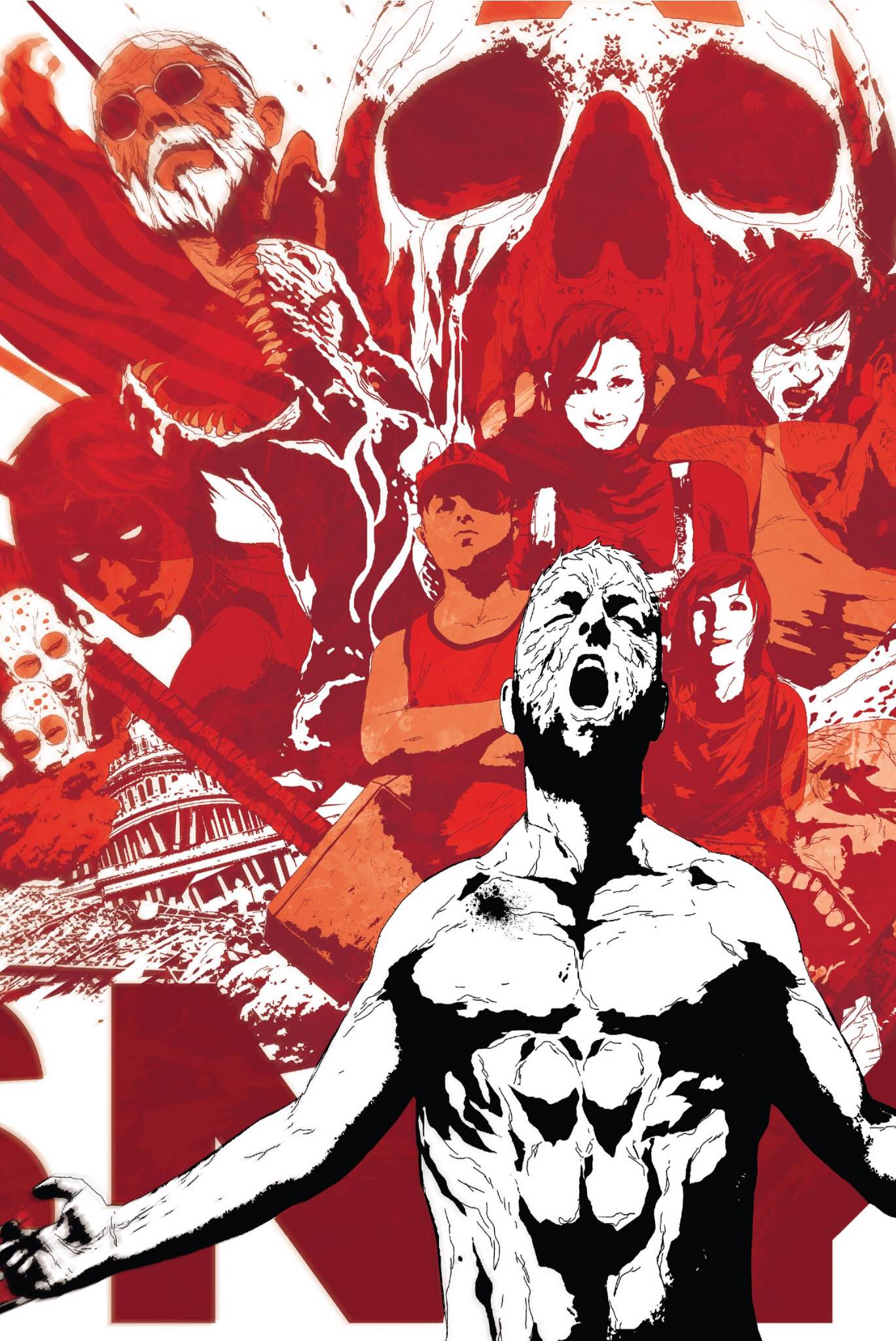