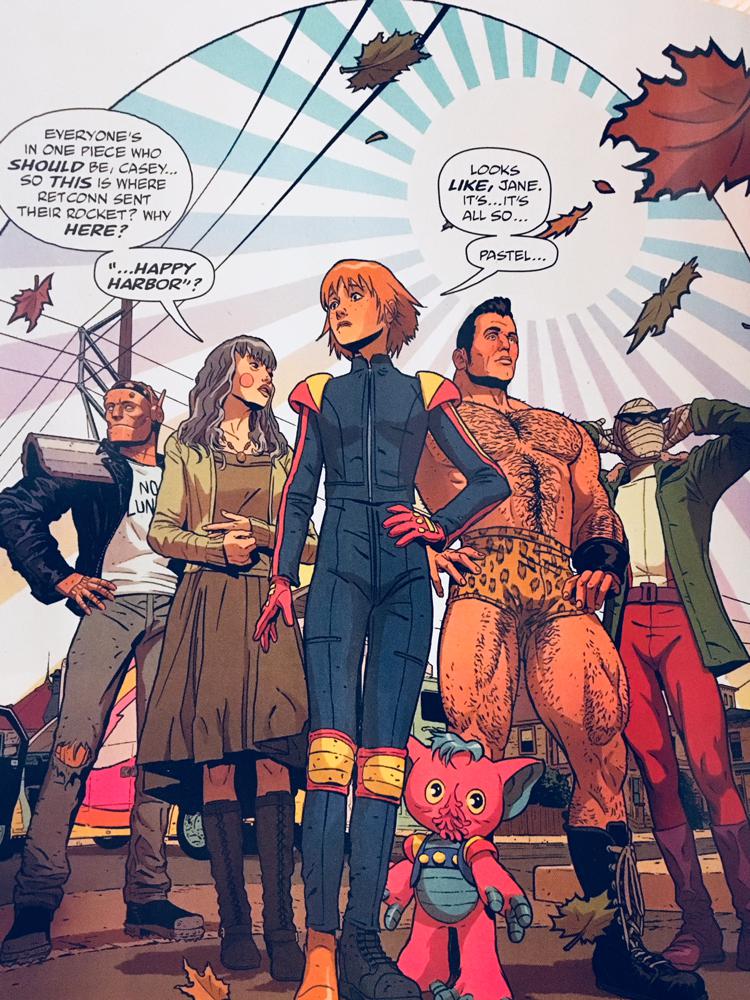 A week of big wins, big announcements and big big comics. We have great spoiler filled picks for you to check out, so let’s get to it!

JLA/Doom Patrol Special #1 is beautiful and crazy, fast-moving and character-building. It’s a fun story filed with brilliant art and riveting characters. Writers Steve Orlando and Gerard Way team up with artists ACO, Hugo Petrus, Tamra Bonvillain, Marissa Louise, and Clem Robins to present readers with a wild escape from the mundane in the opening salvo of “Milk Wars”.

There were too many good panels to choose from in Milk Wars, so I thought I would go with the splash scene of our Doom Patrol.  I love that they landed in Happy Harbor and everything seems so pastel, like the pastel colors behind them. I like that Aco framed the team from a slightly lower angle making them larger than life. The framing of the panel, with leaves falling into it is genius. Bonvillain’s colors are bright and poppy adding a Silver Age DC comics sensibility.

It was awesome to see the Flashes working together in The Flash Annual #1, especially with Flash War coming! Wally has always been my favorite Flash, and I can’t wait to see what Zoom has in store for Wally & Barry during Flash War!

Gwen not only reveals herself as Spider Woman to her loved ones, but Jason Latour beautifully allows Gwen to reveal the darkness that she has also been hiding.

Great art and a fun format for horror stories. 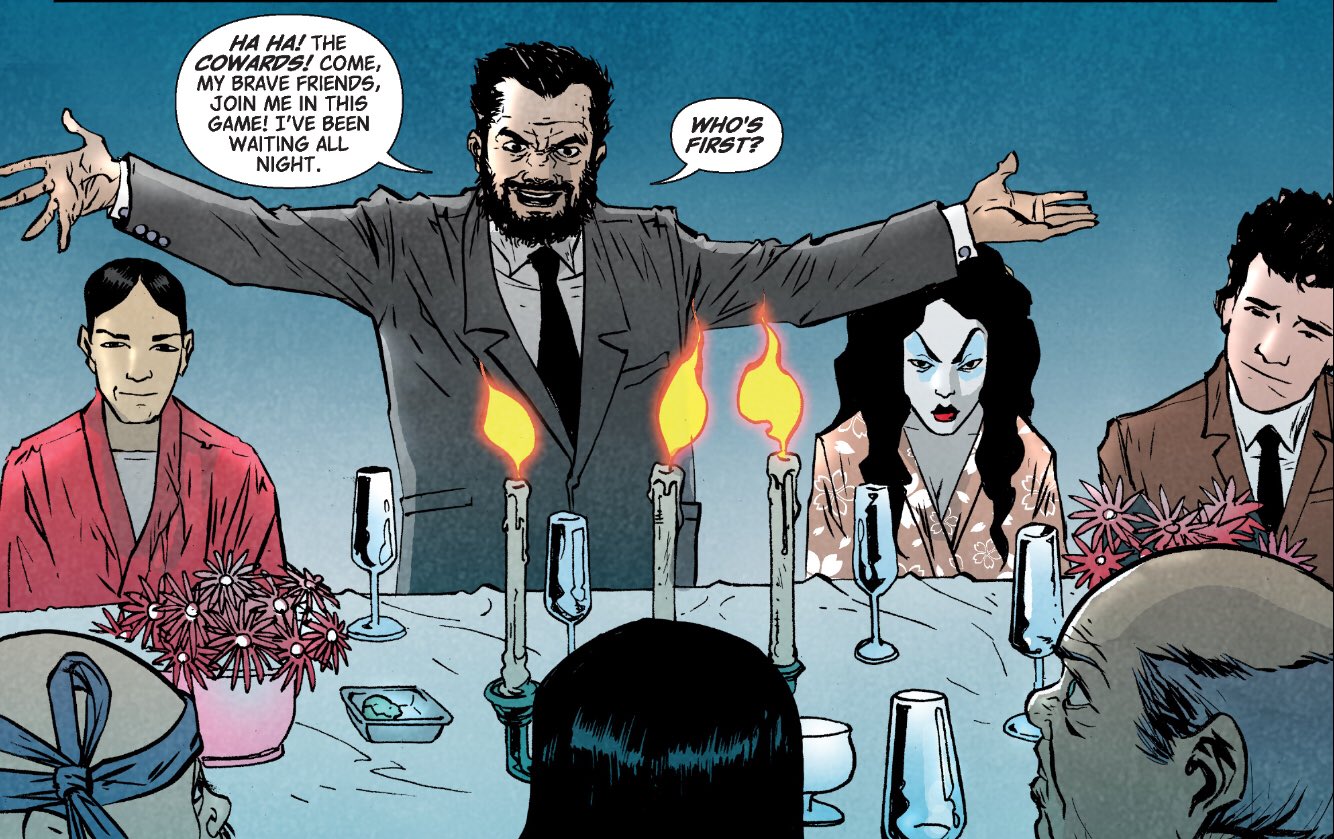