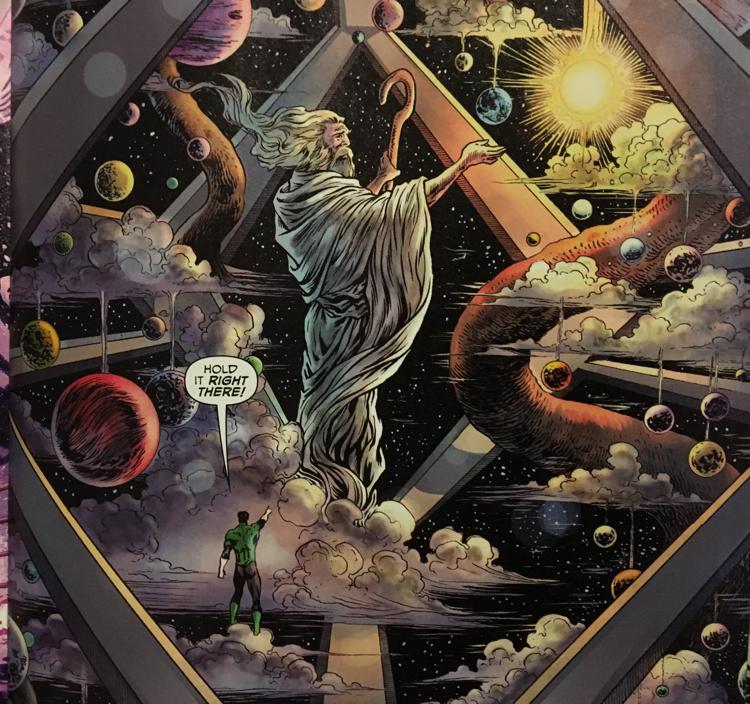 Amazing awesome. That’s where we are this week with our comics we got to read. We have amazing awesome spoiler filled picks from our contributors for you to check out so let’s get to it!

About Me: I’m Doug Z., contributor here at Comicosity, Twitterer at @DZawisza, and all-around nice guy. 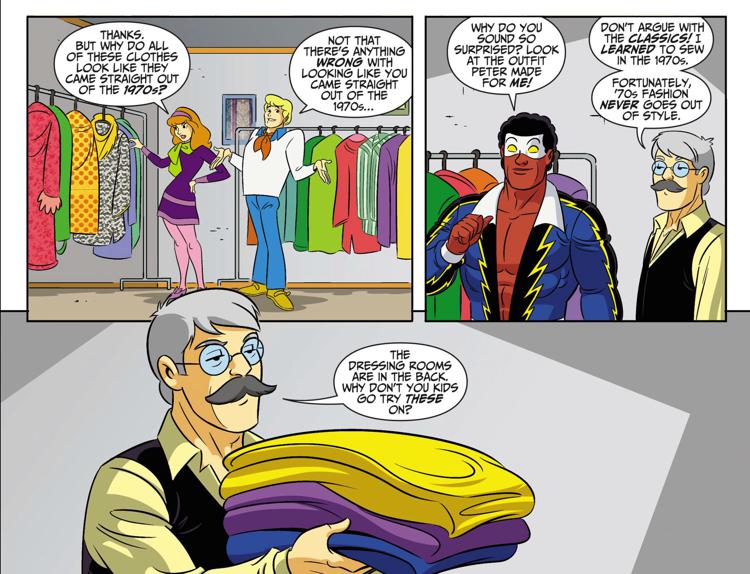 I’m really loving the Green Lantern book. This panel is kinda indicative of why. Liam Sharp is dropping some of the most eye popping detailed scenes since George Perez or Arthur Adams. A wonderfully laid out panel with beautiful depth, details and Silver Age strangeness.

If you’re not reading this book, you’re definitely missing out. I was a huge fan of the All-New Wolverine series, and was sad when that book was canceled. I was also disappointed when I learned that the character of Laura Kinney was going to be returning to the X-23 designation, as that seems like a step back to me. However, I needn’t have worried, as this book has really been delightful. She’s a great character, and her sister Gabby is also a wonderful, complex character – a joyful, innocent child who’s also been a ruthless killer. This series continues to be great thanks to the strong characterization from writer Mariko Tamaki and terrific, dynamic art from Diego Olortegui. It’s a great, fun read. 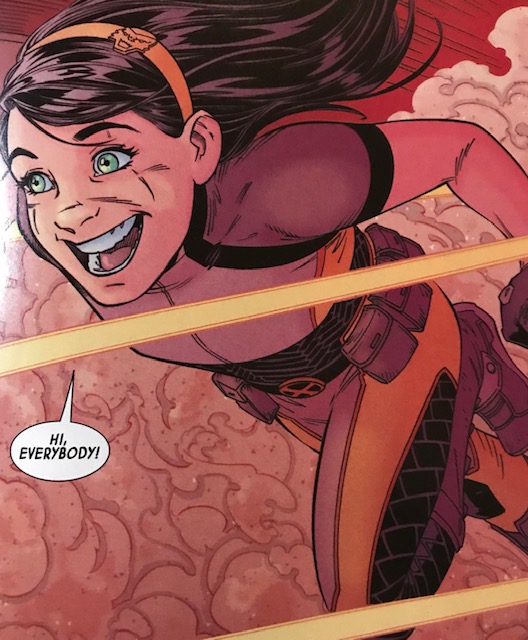 I’m beyond ecstatic that Bendis and Gleason have brought back Young Justice, but even MORE ecstatic to see the return of Conner and Bart in issue 1! Love the last page reunion most of all! 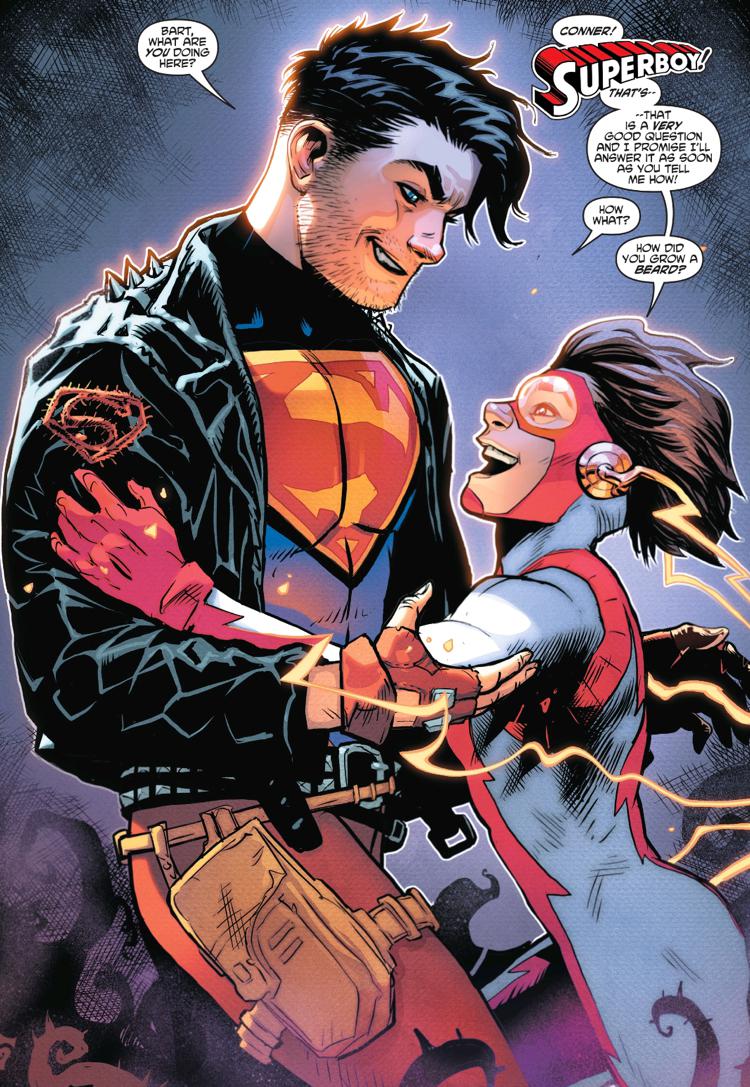 This was the the thesis statement for this perfectly angsty issue of Spider-Gwen. 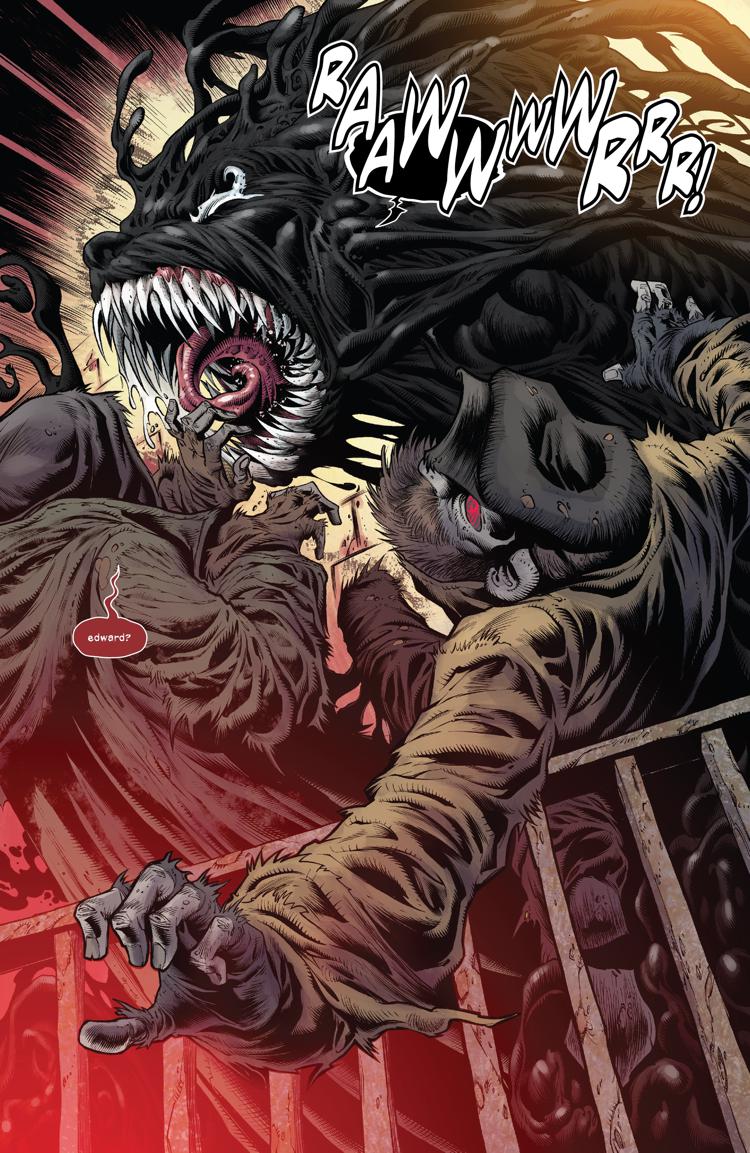