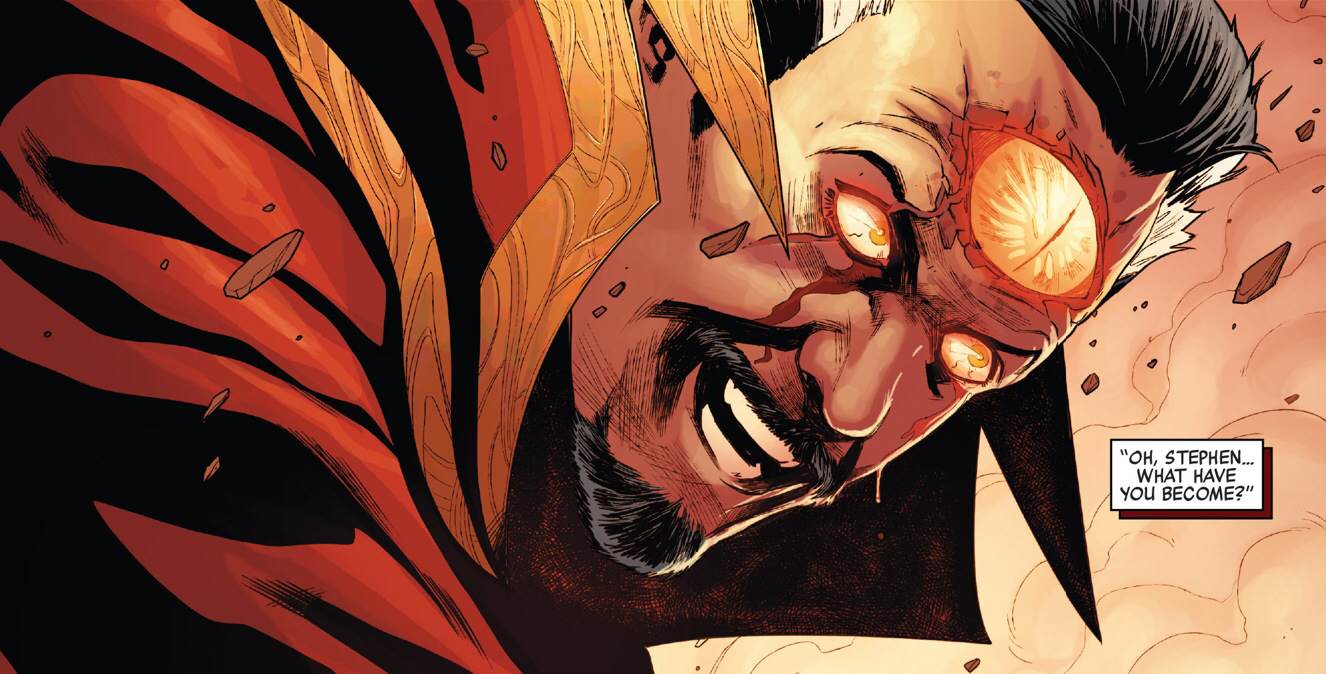 Let’s face it, this week had so many amazing comics. It’s the heart of summer. Guardians of the Galaxy came out. People are busy. We have a beautiful collection of contributor pics this week. Spoilers abound! Let’s get to it!

Of all the fascinating characters that are in Hickman and Dragotta’s series, none are more fascinating to me than Andrew Archibald Chamberlain. One of The Chosen, but clearly with his own goals that will no doubt conflict with the rest of the group. He’s affable, but sly and, as this issue showed, ruthless. He’s the snake in the garden and can look Death Himself in the face. He could potentially be one of the most interesting comic villains in the last five years.

Plus, this issue gave focus to the Other Horsemen and I love those little murder children. There’s war a-comin’!

This week’s Hawkeye #19 saw the return of Clint Barton to our comic shelves, and also a very cool ASL issue.  I see why it took so long to make, and appreciated the time and craft that Fraction and Aja put into this issue.  It was totally worth the wait!  Plus, these 2 panels sum up Clint Barton to a tee 🙂

AND THEN EMILY WAS GONE #1 – Tommy Zimmer

Monsters, psychopaths, and mysteries. “And Then Emily Was Gone” no. 1 by John Lees, Ian Laurie, with colors by Megan Wilson was the creepiest god damn thing I’ve read in awhile, and creepy is the new noir. Cannot wait for more! Published by Comix Tribe, go find it and be disturbed.

I promised myself that I would choose Neil Gaiman and JH Williams III’s new Sandman series for my Pick of the Week every time an issue came out and I’m not about to break my streak now.  I haven’t actually read this issue, but glancing through it I knew this was the panel for me.  Horrifying and a bit scary, it sets the reader up for what’s to come.  Of course they look under the bed in the next frame….

I noticed recently that I have a propensity to the sullen and angst ridden comics, the characters that are tormented and struggling to continue. This is the pertinent theme of this book and it is portrayed so emphatically by the slow drawn out conversations and the thick atmosphere on the panels. This box is from the end of a difficult conversation as one character runs away from another. It is quite poignant because as accusations hurl, our protagonist runs from his acquaintance. I adore how he wilts as he walks and the menacing shading on the man watching him. This comic is not an easy read but it is a damn fine one.

Hickman’s New Avengers has some of the best character work of any super hero team book. The dark measures the illuminati go to in order to save Earth are terrifying.