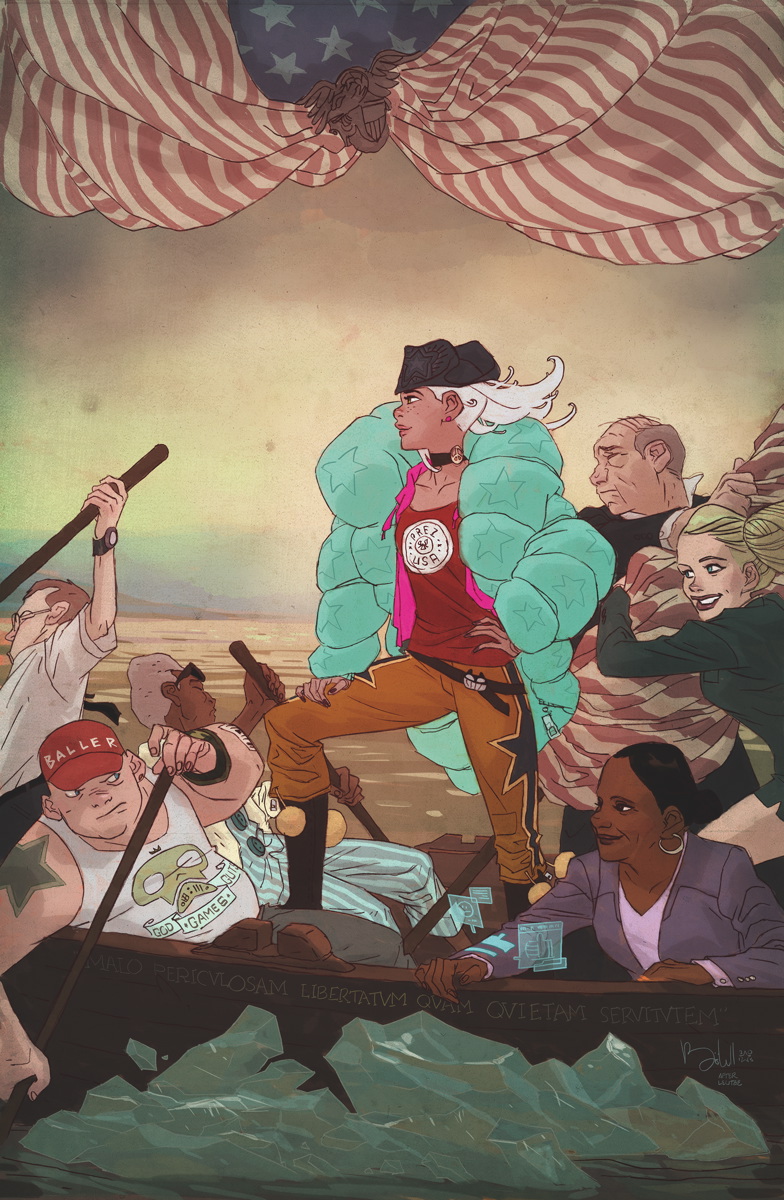 God Hates Astronauts is so underrated and under read. This ridiculous book pokes fun at every super hero trope there is. And yet it manages to be much more then parody. I laugh out loud every issue and this is the panel that got me rolling this issue. 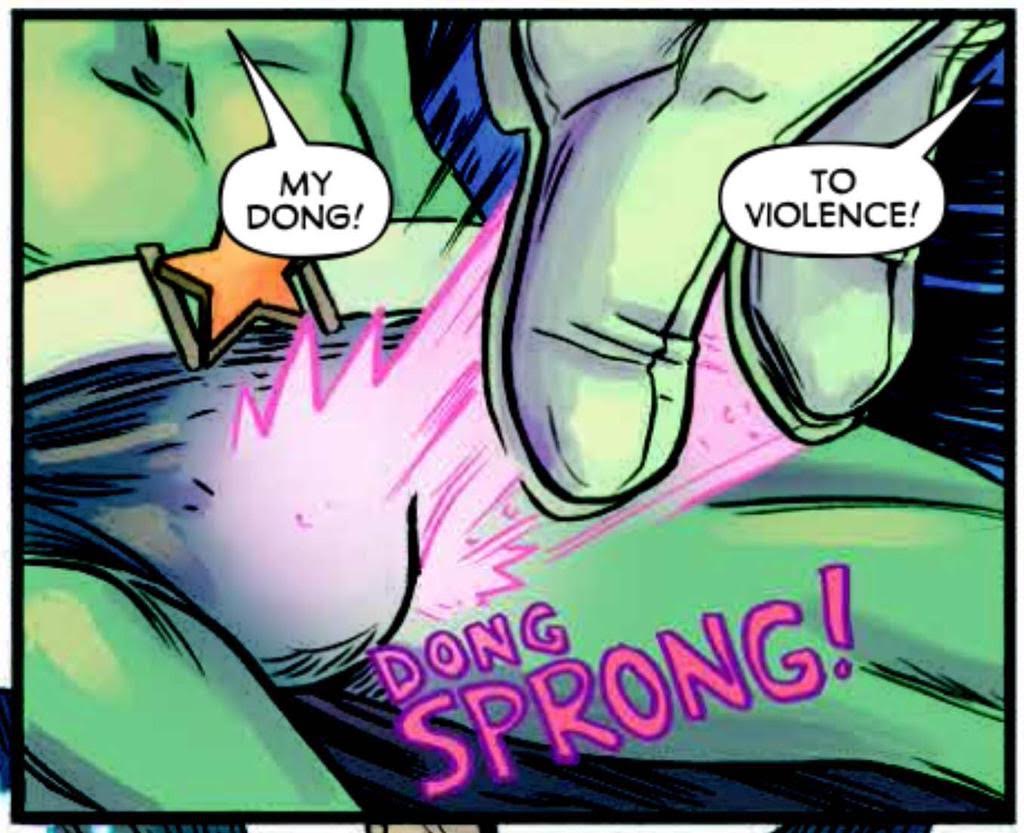 You know, sci-fi constantly deals with what humanity will look like in the future. I think “man fused with social media” is the most accurate one. 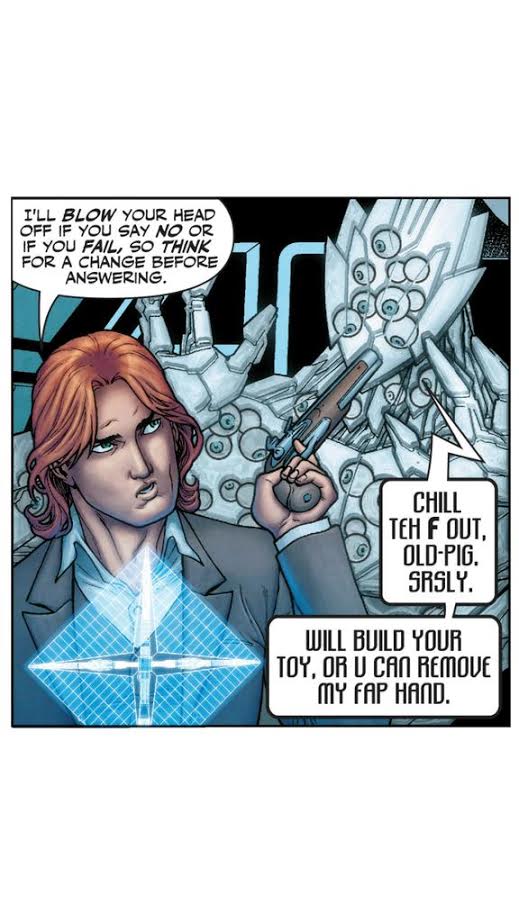 There were some excellent comics this week (Lazarus, Southern Bastards, Low, Mind MGMT) but Alex + Ada was the only choice for me.  Since I’ve gotten back into comics, this is the first series that I’ve read regularly with my wife and so sharing this series together has been meaningful and important. As far as finales go, this was a stunning, heartbreaking, emotional issue. Jonathan Luna and Sarah Vaughn really stuck the landing. The art was quiet, in the way that that story has been a quiet story, but it conveyed every emotion perfectly. There’s just so much raw, earnest feeling and heart on every page. I won’t spoil anything, except to say that those who love this series will be very satisfied with the ending. I’ll miss this book, it’s beautiful, heartfelt, and compassionate.

Facing the destruction of the world Kamala Khan tries to keep her family, friends, and neighbors in Jersey City safe before going out to punch a planet.  That is one of G. Willow Wilson’s main themes when writing Ms. Marvel.
Luckily we also have artist extraordinaire Adrian Alphona to guide us.  When Ms. Marvel met Wolverine she was giddy with excitement, but here Alphona’s art shows us Kamala’s horrified reaction of meeting her true idol, Captain Marvel, for the first time. 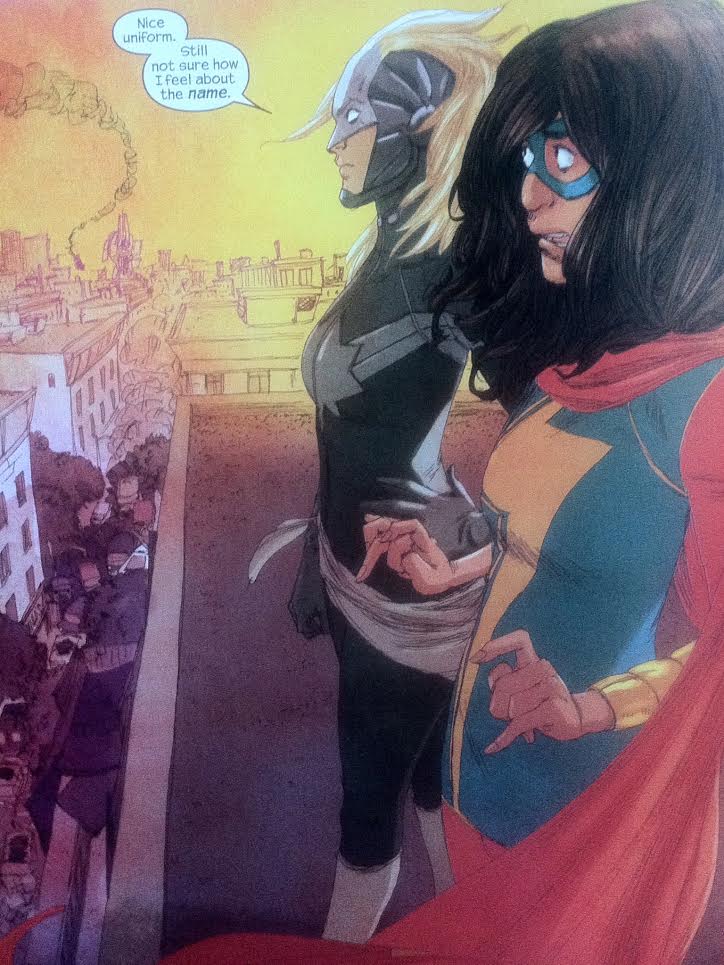 Holy boy that’s some cool art and what a sharp script. Loved this first issue.