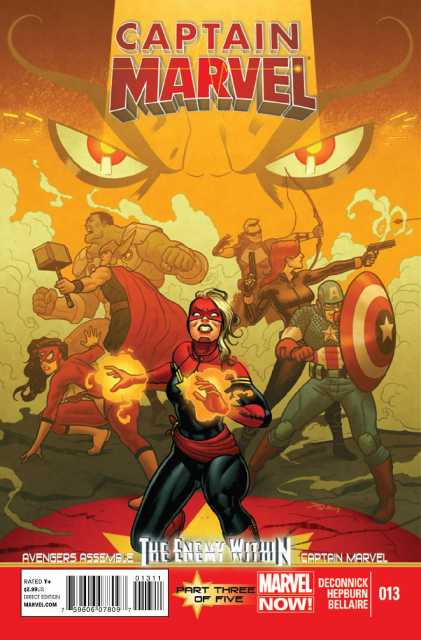 Karen is back for the Honor Roll this week which is all about the super powered women! And, for the first time ever, all 5 of the best books are $2.99! 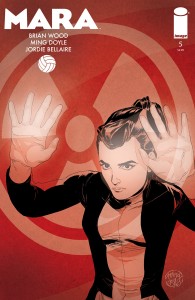 I would not want to mess with Mara. She was, up until recently, the most famous volleyball player (which is a pretty big deal in this dystopian world that values sports above all). She develops super powers, such as flight, speed, and strength, completely out of the blue, and instantly becomes the target of mistrust and fear from the government. This mistrust leads the government to do something ridiculously drastic, and Mara is preparing to pay back the favor. 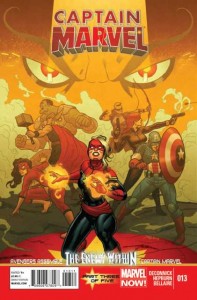 Captain Marvel #13 is part three of five of The Enemy Within crossover, and it’s just as strong as the first two books. Seriously, if you’re not reading this Captain Marvel/Avengers Assemble event, you need to hop on. Now. Kelly Sue DeConnick has a talent for making books absurdly fun. Captain Marvel’s relationship with Spider-Woman (Jessica Drew) has many readers, including myself, wanting the duo to have their own book together. Their relationship is fun, sweet, and they kick some serious ass working together. Start with The Enemy Within #1, Avengers Assemble #16, and then read Captain Marvel #13. You can thank me later. 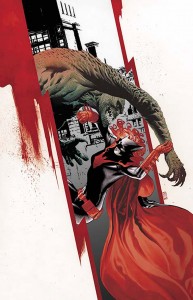 Batwoman continues to be the most stunning comic of The New 52. In issue 21, Waylon Jones hunts down Batwoman by following her girlfriend, Maggie Sawyer, and is caught off-guard when Maggie joins the fight instead of running away. It’s unbelievably refreshing to see the girlfriend of a superhero not need protection from the bad guys. This issue is fun, packed with a lot of story, and accessible to readers who have never picked up a Batwoman book. For $2.99, you’d be crazy not to give this issue a try. 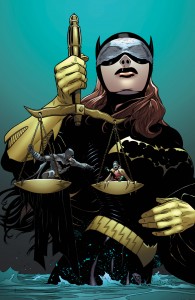 Tomasi brings the heartbreak once again as Bruce continues to struggle with the death of Damian Wayne. His relationship with Barbara is significantly damaged as a result of the Death of the Family storyline and magnified by her decision to remove the bat-symbol from her chest. Batman and Batgirl #21 is so powerful, you feel as if you’re uncomfortably eavesdropping on their conversations. Bruce Wayne would be struggling for a very long time after losing his son, and I’m glad that this is being heavily addressed in this series. 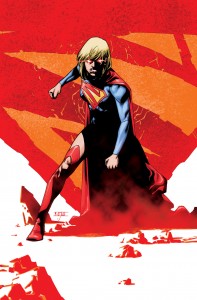 Kara continues to struggle on Earth and her kryptonite poisoning pushes her over the edge, leading her make the decision to leave in Supergirl #21. Kara’s first friend, Siobhan (Silber Banshee), gives her the best “life isn’t always puppies and rainbows, but we deal with it” lecture that we’ve been wanting for about 10 issues now. Kara, of course, doesn’t listen to Siobhan and leaves Earth anyway. She finds a new planet and is tempted by land that can be altered based on her thoughts and memories, but there’s always a catch for something that seems too good to be true.