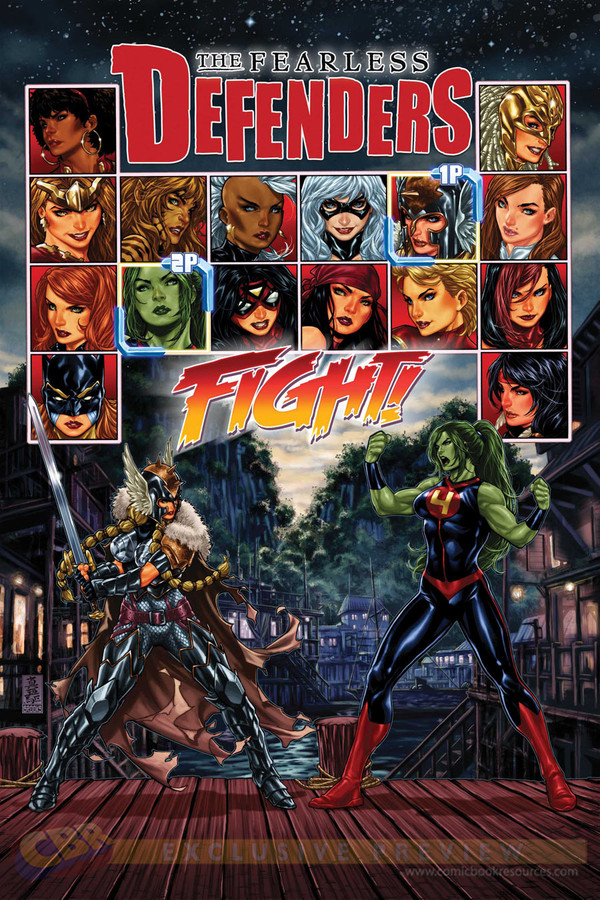 A ton of incredible comics were released on Wednesday. Picking The Honor Roll was no easy task, but here are your top 5 books for the week! 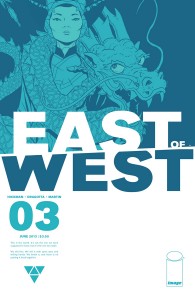 I got chills literally all-throughout this issue. East of West brings you to an apocalyptic world in which you are horrified one moment, and overwhelmingly touched the next. Hickman’s writing is moving, poetic, and utterly flawless in issue #3. If the first and second issues didn’t completely sell you on this book, issue #3 will. After all, aren’t you dying to know, “Who is this woman, the one who conquered Death?” 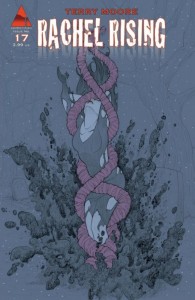 Rachel Rising #17 is my favorite issue of the series, and as someone who has three pieces of original art from Rachel Rising, that’s saying a lot. This is a horror and humor filled series with countless unexpected twists and turns. While I recommend reading this series from the beginning (with Rachel rising out of her grave), you can pick up #17 to see if this book interests you. This issue is the perfect example of Moore’s twisted writing and stunning art. 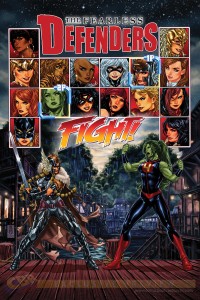 FEARLESS DEFENDERS #5
Written by Cullen Bunn
Art by Will Sliney
Publisher: Marvel Comics – $2.99
Fearless Defenders is so much fun. It has action, humor, and a lot of female superheroes kicking a lot of ass. This is the only place where you’ll see Valkyrie, Hippolyta, Dani Moonstar, Misty Knight, Spider-Woman, Storm, Captain Marvel, Black Widow, She-Hulk, and more (yes, more!) fighting together. Even though these women don’t always get along, Storm explains that, “Friends fight sometimes… Lately it seems we fight a lot. I thought working together might feel good for a change.” Did I mention how fun this book is? 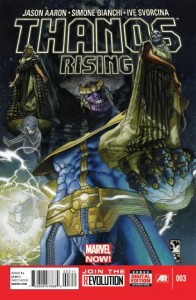 Who knew that it’s possible to empathize with such a terrible villain? Jason Aaron effortlessly conveys Thanos’ struggle with his sociopathic tendencies and his struggle to feel anything for anyone besides Death and besides killing. You may not feel bad for Thanos anymore (as in issue #1), but you develop a deep understanding of who he is and why he commits so many heinous deeds. 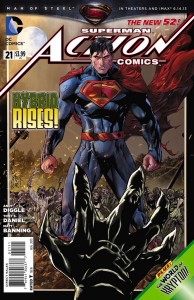 This issue has it all: a badass Lois Lane, a comedic Jimmy Olsen, an evil Lex Luthor, a… well, super Superman, and most importantly for this series, ACTION! Tony S. Daniel’s script and art proves that he truly understands what makes a great Superman story. In Action Comics #21, Superman heroically fights a suited-up Lex Luthor as Lois and Jimmy risk their lives to get the story. This is undeniably a classic, enjoyable Action Comics.