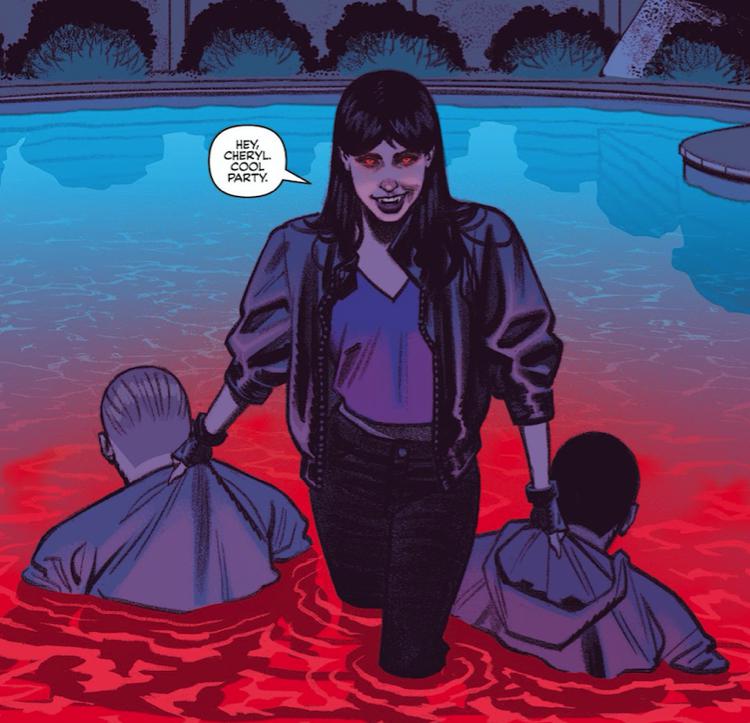 Is there ever a week where we don’t have wonderful spoiler-filled picks for you to check out? Never, and I hope that we never do! Let’s get to it!

This wasn’t an easy week to pick JUST one comic, but Marvel Two-In-One #4 celebrates comics as comics, from the goofy interactions between Johnny Storm and Spider-Man, to the unlimited and absurdly amazing possibilities of alternate realities. Written by Chip Zdarsky, drawn by Valerio Schiti, colored by Frank Martin, and lettered by Joe Caramagna, MTiO #4 takes the brotherly relationship between the Thing and the Human Torch to new places. But there’s still plenty of comic action and, well, y’know, punching and stuff. With all that and GORGEOUS art, this is a comic book story that is FANTASTIC FOR all fans. 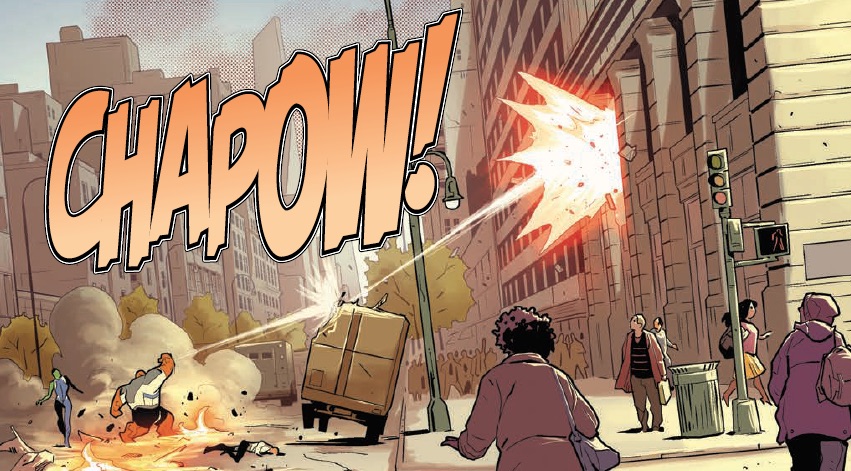 Love the color scheme here, and can’t wait to find out how Veronica becomes the bad ass vampire we see in this opener.

There’s nothing quite like  Deadly Class. This is book is kind of insane and I love it so much. Even more than a “typical” issue, this issue is pure crazy energy. It’s a chase and a bloodbath and fight from cover to cover. Remender always feels like he’s working out something deep and fundamental on the page in his writing, and Wes Craig’s art (with spectacular colors) has never been more kinetic or exciting. They’re all gifted storytellers, and this continues to be a great series. 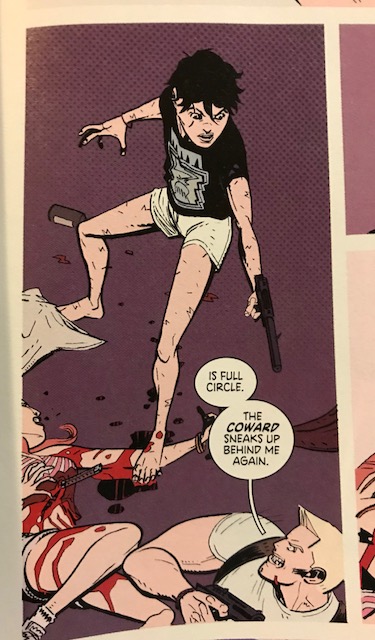 It’s been a while since a new title by talent I’m not already familiar with lit up the lights. Infidel is that book and this panel is what hooked me. Nightmare material right here! And the book gets creepier as it goes. 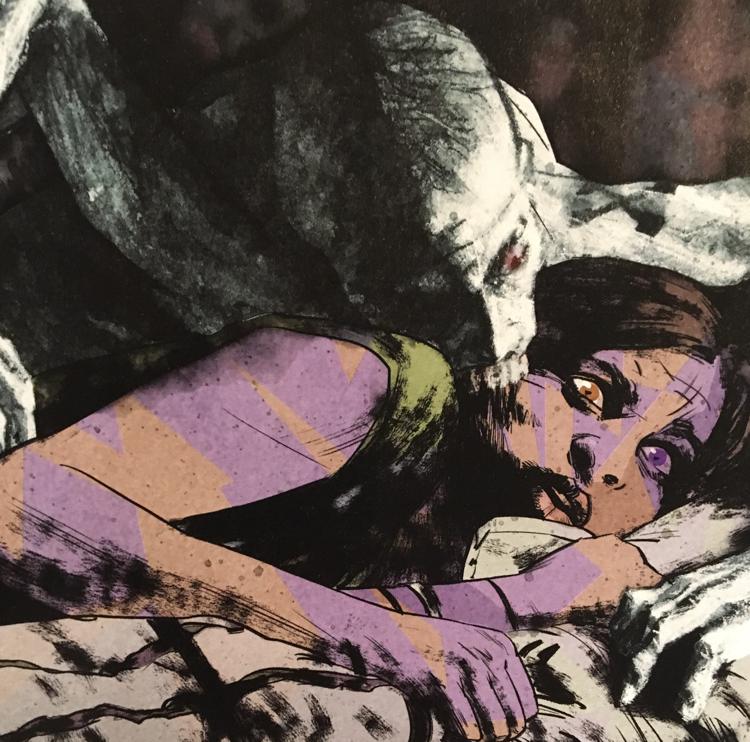 Single issue of the year. 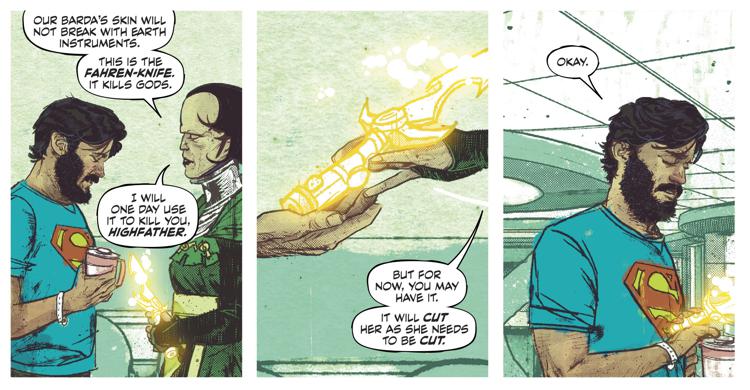