What a great mix of books we had to distract ourselves with this week! We have great spoiler-filled picks for you to check out, so let’s get to it!

No offense to the creative team before, but it’s good to have Cap back to his core. Beating up nazi’s and inspiring those around him to be better. It’s good to have Waid, Samnee, Wilson and Caramagna giving us a monthly book again too. This panel just seems so full of comic book joy. Samnee keeps the panels pretty small until this one, when Steve busts some racist heads! 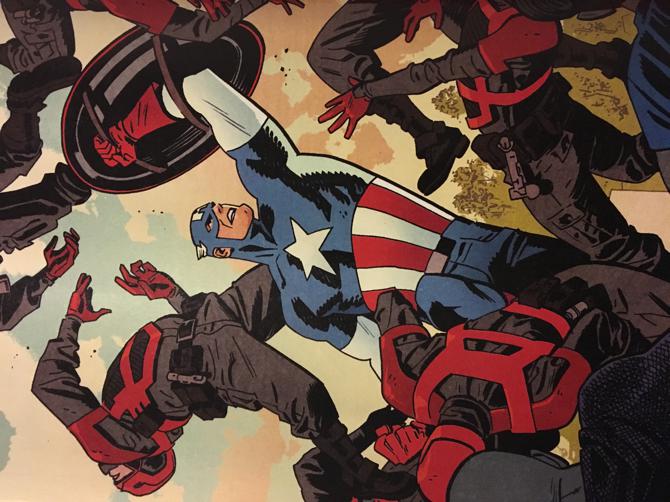 Captain America #695 works out the whole Legacy math, but more importantly ushers in Mark Waid and Chris Samnee to the title. Samnee’s work, as always is brilliant, particularly with the coloring effects Matthew WIlson is bringing to this story. Waid makes it clear in this story and in the text piece at the end of the issue what his take on Captain America’s purpose and message is. All in all, this is a nice (re)introduction to Cap, as the shield slinger gets back to doing what he does best: punching fascists. 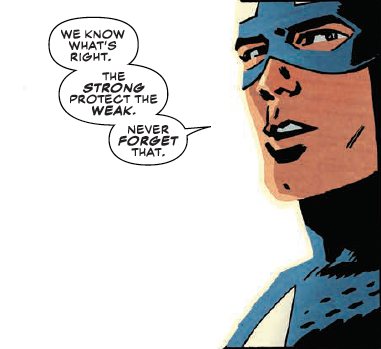 This was just what I wanted. I liked some aspects of the prior run on Captain America but I was excited when I heard Mark Waid, Chris Samnee and Matt Wilson were bringing their magic to Cap. Their Daredevil and Black Widow books were fantastic. And this issue didn’t disappoint. It was sweet and heartfelt and inspiring. And the art from Samnee/Wilson was just fantastic. A strong start to the new arc.

Batman #34 had some great character moments between the Bat & the Cat, and Dick & Damian, but the interaction I can’t wait for is what was teased at the end…Talia vs Selina! Another great issue! 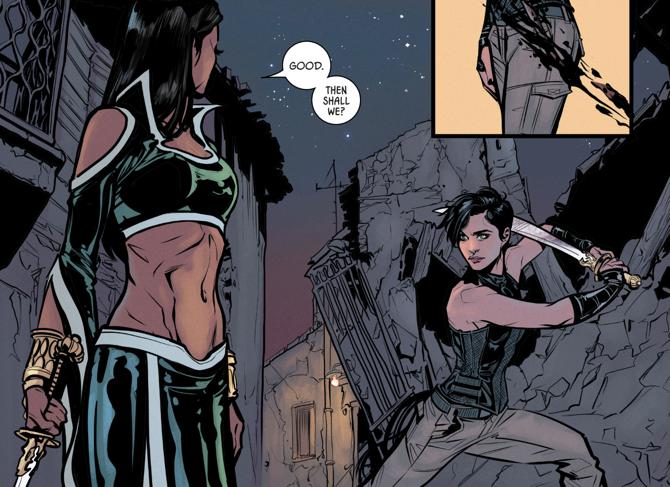 Paper Girls #17 focuses on world building, but still shines bright with character moments. Especially, this scene with Mac and KJ where KJ reveals her sexuality to her potential love interest – a moment that has been building since last arc. P.S. Cliff Chiang’s eye work makes this panel! 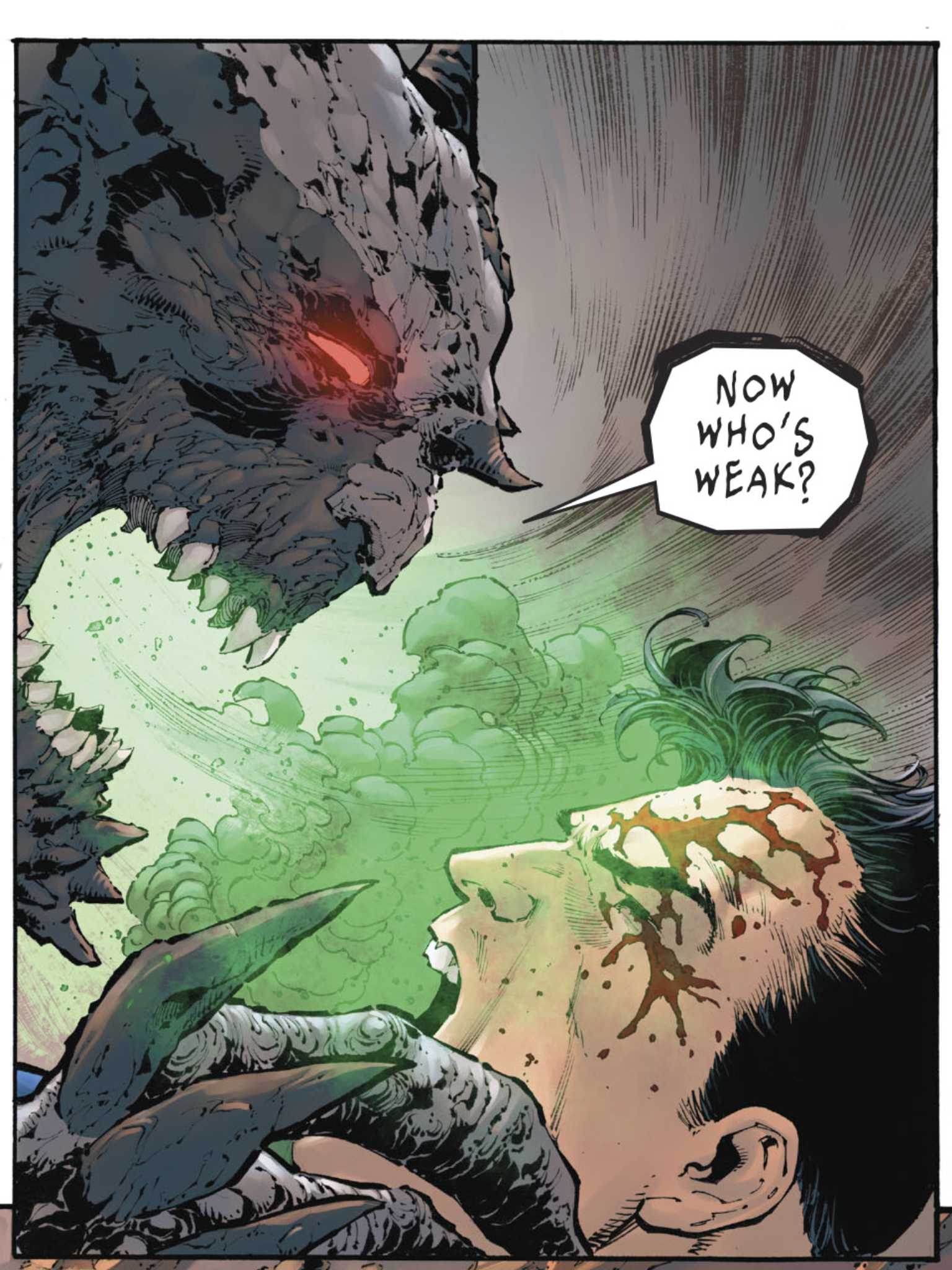